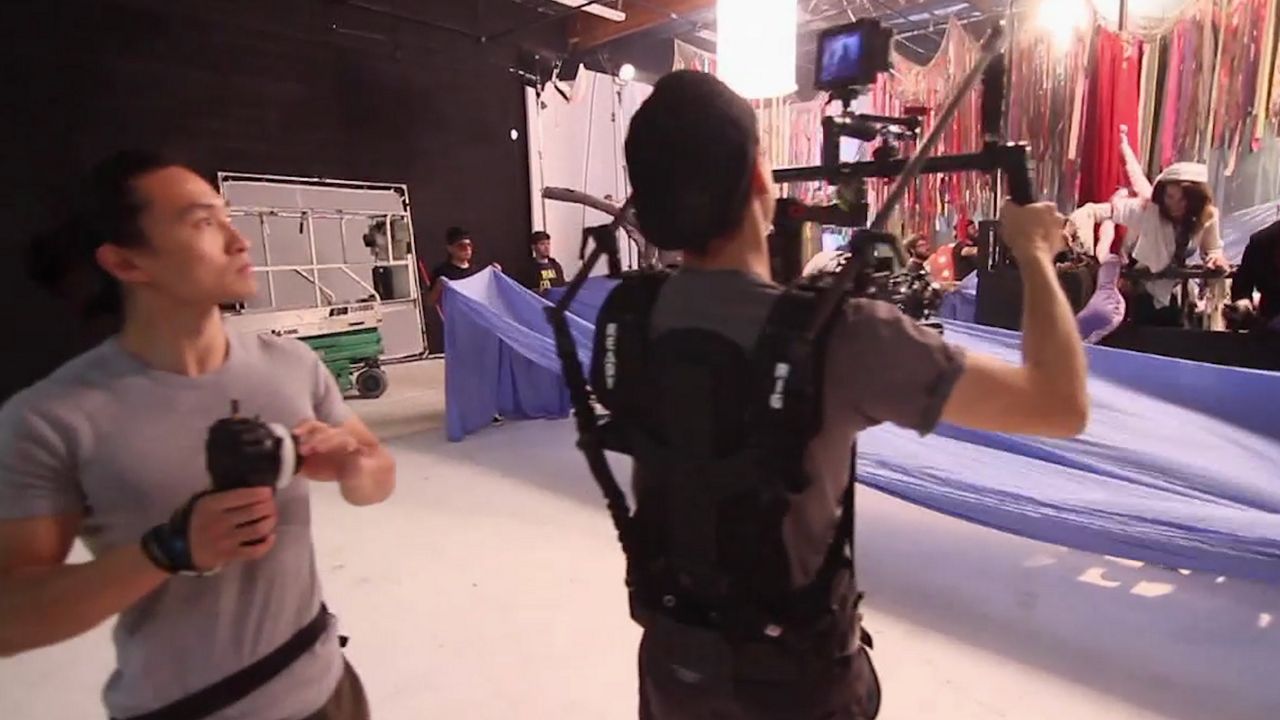 NORTHRIDGE, Calif. – People who want to work in television and film have to learn their craft before they can succeed in the entertainment industry.

Parker Caston Junior is in his senior year in the film production program at the Cal State University Northridge’s Department of Cinema and Television Arts. As he makes preparations to direct his senior thesis film, he's getting some tips on lighting from fellow graduate student, Dilek Ince, who won a DGA and a BAFTA Award for her thesis film, Amal, last year.

“One of the best things about going to CSUN is the alumni. Many of whom have been able to accomplish so much. I found her in the hallway and I was like, 'Oh, you’re so and so,' and she immediately offered to help me,” Caston said.

Cal State Northridge’s Department of Cinema and Television Arts was named one of the top 25 film schools in the country by the Hollywood Reporter this year. The school has also received a lot of recognition from supporters on the other side of the pond, such as the Hollywood Foreign Press Association.

The Cinema and Television School has been receiving grants from HFPA since 1996. This year, it received a $60,000 grant that will assist film students in the financing of their senior film projects.

HFPA recently granted an additional $12,000 to expand on its formidable collection of classic film posters.

“We’re the only university in the country that has a gallery dedicated to the art of the film poster,” said Professor Nate Thomas, who's been overseeing the installation of Golden Globe related posters in the new HFPA wing of Manzanita Hall.

It's almost finished, and he's sharing the new poster gallery with Caston while sharing some interesting tidbits of history on each film.

“It says one name as the writer, but the real writer was Abraham Polonsky. He could not list his name on this film because he was one of the 10 filmmakers blacklisted in Hollywood during the McCarthy era,” Thomas said.

The one-of-a-kind collection includes foreign and domestic film posters. One of Thomas' favorites was directed by a former CSUN student.

“I bet you did not know that the director Darren Grant was a former CSUN alum. He was my student here,” he said, pointing out the name on a poster for Diary of a Mad Black Woman.

“Isn't that something?! He helped put Tyler Perry on the map,” Thomas said.

This poster gallery is a unique tribute to cinema arts from around the globe.

Castor points out the poster for the film, Beyond the Reach that's signed by another director and reads: “To Nate and everyone at CSUN. Matador for life."

“Oh it does have my name on it. Isn’t that cool!” Thomas said. “See, you’re in a good place Parker.”

Hollywood’s golden past paving the way for its future generations.

For more info on CSUN's Department of Cinema and Television Arts, visit the website.