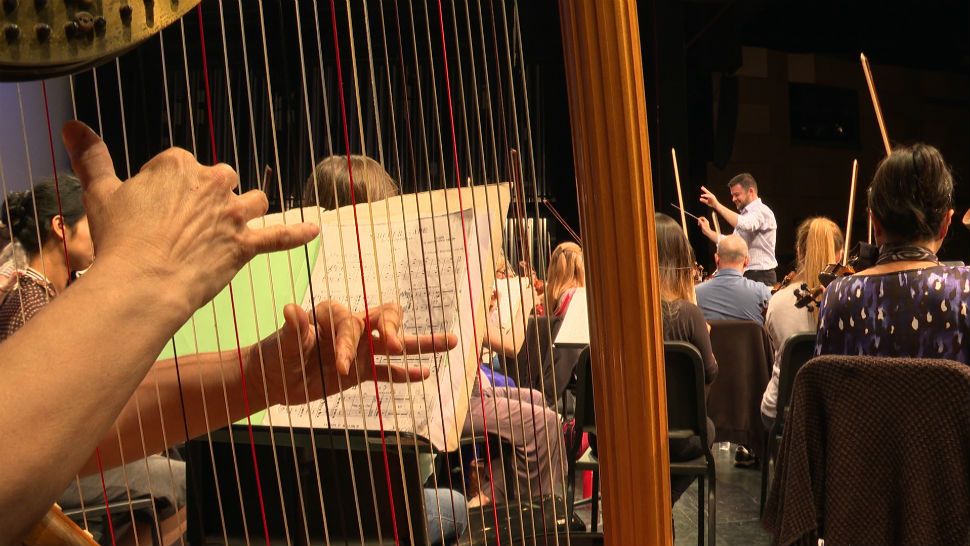 CAMARILLO, Calif. – Blake Cooper seems to be proof of the saying “do what you love and you’ll never work a day in your life.”

“Every day that I go to work I just get to play," Cooper said, hugging his tuba. "That’s a nice thing for sure. And I get to hang out with all my best friends.”

Cooper is the principal tuba player for the New West Symphony, which just kicked off season 25. He is also a studio musician, playing big notes on some big scores, like his role as second tuba on Disney’s The Lion King.

“I lovingly refer to it as the rumble seat” said Cooper. "Being second tuba means I’m playing all the big, fat, low stuff.”

Although he has occupied the same seat with the New West Symphony for a few years now, this season, he has a different view. The baton was recently passed to a new music director – Grammy Winner Michael Christie, who, like Cooper, started out on brass.

“I grew up as a trumpet player, a little bit of piano," Christie said. "Also as a singer and quasi-dancer for high school musicals and things like that.”

Christie has conducted orchestras all around the world and says these musicians in the New West Symphony are nothing short of world-class.

“They’re making our film scores in the studios," Christie said. "They are playing in orchestras around the whole region.”

The orchestra is about to recreate history. Composers have been carefully reconstructing lost sections of the original score from the iconic film The Wizard of Oz and on October 12, the symphony will breathe new life into those long lost notes.

“I feel like it’s an honor and a real privilege to bring that back," Christie said, "and I think it’s really amazing to do that in Hollywood’s backyard, right where the score would have been recorded in the first place.”

As music director, Christie will not only lead the orchestra in concert, he will also lead the symphony past this milestone birthday and into the next movement. His goal is to curate music that will touch people’s hearts.

“To celebrate the creativity that humanity is capable of doing is really important," Christie said. "For people of all ages to celebrate that, to be part of it and to just see how infectious it is to create."

“He seems really serious but really fun at the same time," Cooper said of his new conductor. “And that’s a good mix because then we’re going to have a really high level of music, he’s going to be really demanding, but it’s all from a place of love for the art.”

In Cooper's opinion, that is the perfect tone for a maestro to set.

New West Symphony will present "Hollywood on Stage" with 5-Star Theatricals and Pacific Festival Ballet at the Thousand Oaks Civic Arts Plaza on October 12. Tickets and information can be found here. 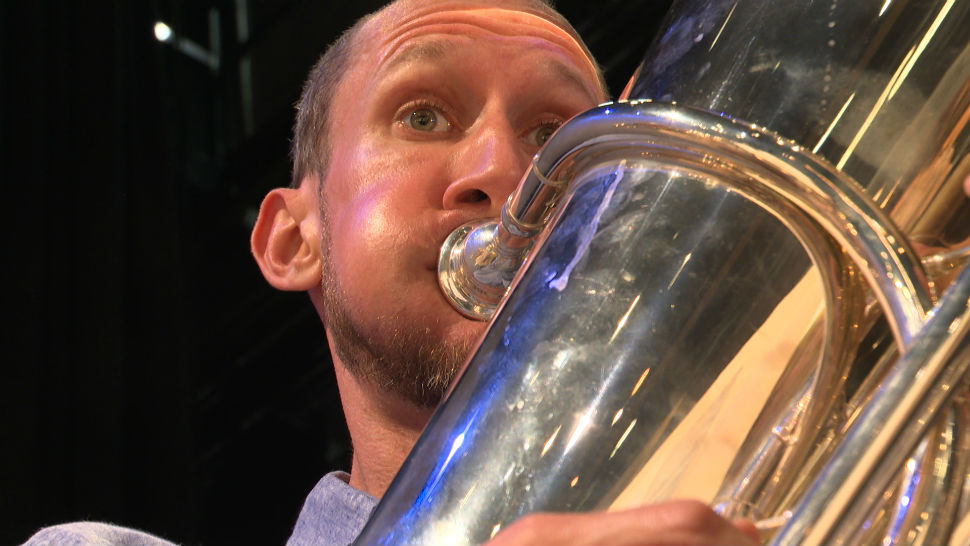