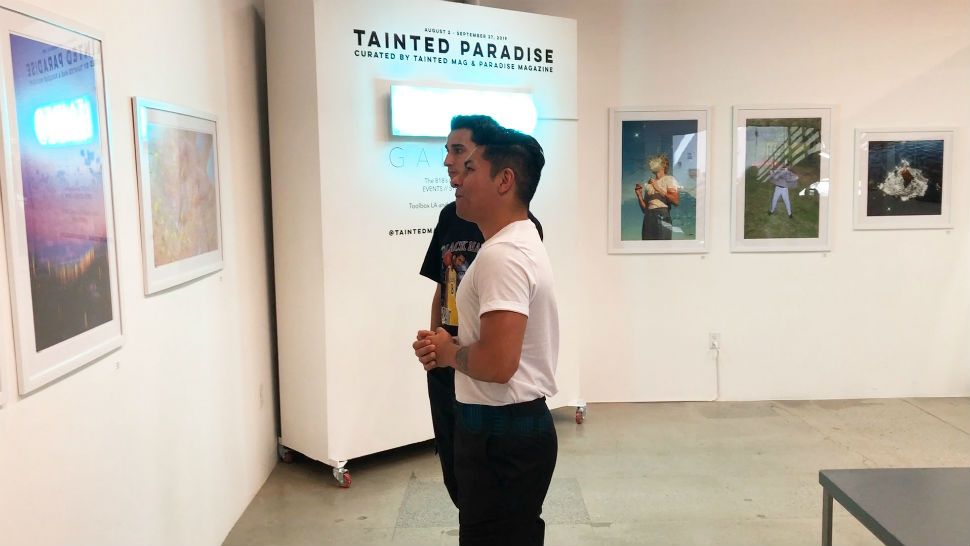 CHATSWORTH, Calif. – Old rusted cars aren't something many people might consider picture worthy, but to photographer Nick Rufo, these clunkers are diamonds in the rough.

He is walking through a car repair shop and taking photos of cars that look like they are on their way to the junk yard.

“I really love just roaming around the streets of the city of Los Angeles and finding these hidden treasures that most people just drive right past without paying any attention to. They’re the best subjects for me to shoot. I love find them every single time,” said Rufo.

Rufo has turned his love for old jalopies into beautiful photography, and his unique pictures have garnered him a spot in his very first art exhibition. You may not have heard of him yet, but his 14,000 plus fans on Instagram sure have!

Now the 22 year old has the honor of having his photography featured in the first exhibition at the new Embed Gallery that just opened in Chatsworth. Located in the community workspace of Toolbox LA, Embed Gallery is the only gallery of its kind in the valley.

Erin Stone is the co-director and founder of 11:11 A Creative Coalition, which operates the Embed Gallery.

“There has never been a cohesive creative community. It's been really difficult to find other creatives in the San Fernando Valley but now that we're not a small suburb anymore, we're 2.5 million people. It's important to have a local space that the creative community can come show their work, be part of exhibitions, meet other artists in order to collaborate as well as you know have a space to experiment and create more,” said Stone.

Frank Castro is the curator of this first exhibited Embed Gallery called “Tainted Paradise: Back to Basics,” which also features his photography.

“I was raised in the San Fernando Valley and to bring the arts and to bring the attention that I think that the Valley doesn't really get exposure. So I think it was great to be amongst one of the first curators to do that,” said Castro.

As Stone walks around the gallery with Castro and Rufo she congratulates them “on a great first show.”

“It feels great a thankful for the opportunity to finally have my work on the wall and frame like with a lot of people that get to see it,” said Rufo.

The gallery has a number of exhibitions lined up that will feature other local artists and introduce up and comers like Rufo to the L.A. art scene.