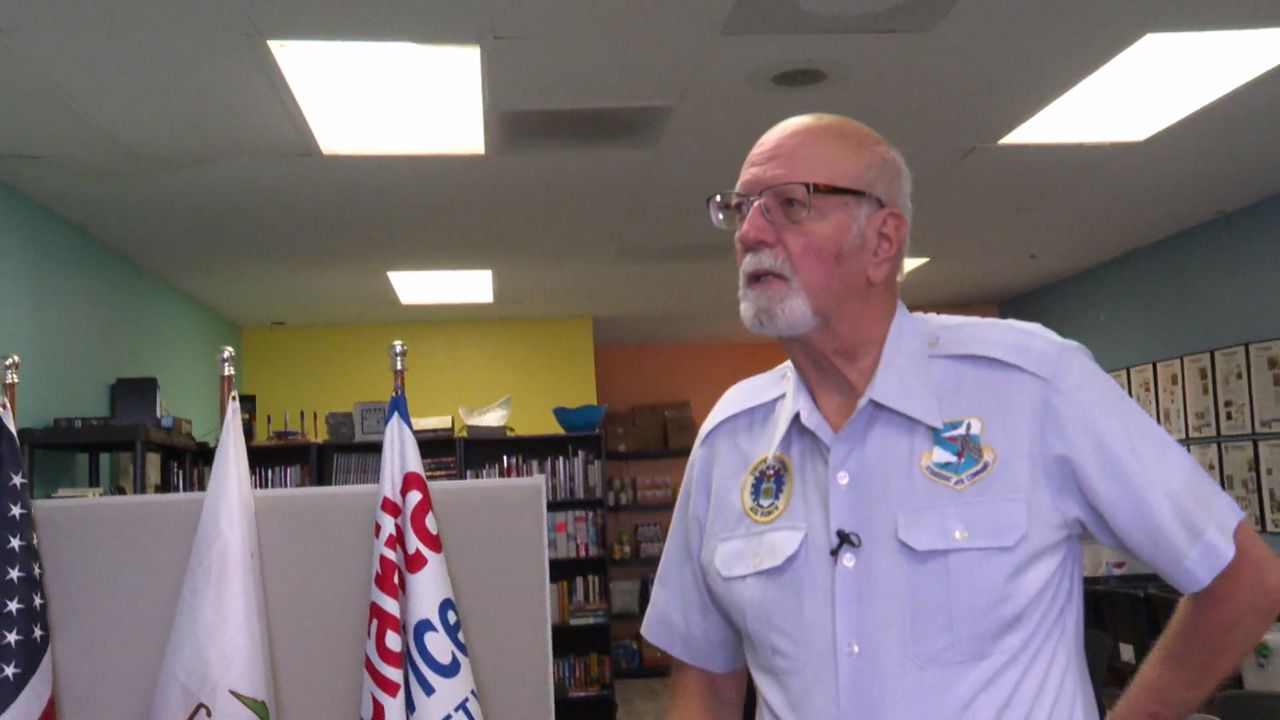 SANTA CLARITA, Calif. - It’s called the warriors wall and it lines the office of the Santa Clarita veterans services collaborative. It’s made up of articles that local media put together about veterans who reside in the Santa Clarita Valley.

Jeff Stabile is just one of the dozens of veterans featured on the wall.

In 1963 he enlisted in the United States Air Force, married his high school sweetheart Peggy while he was in the military, and had two children that he raised in Santa Clarita. Now he spends a lot of his time here at the collaborative helping fellow veterans. He’s the executive director.

The veteran services collaborative is a non-profit completely run on donations that connects veterans with resources and people ready to guide them in the right direction to help them with their needs.

“The important thing is for veterans to realize they can come in here for any of their needs, we’ve got approximately 80 companies that have volunteered their services,” said Stabile.

From filling out VA claims to educational help, job training, financial assistance, they even have a food pantry inside and medical supplies like an electronic wheelchair available for loan.

Navy veteran Michael Angulo came to the collaborative for the first time this year.

“I got laid off in the beginning of 2019 and was eager to get back into the workforce,” said Angulo.

The collaborative helped him get a job, now he’s a supervisor at his current company.

"They’re going to help you by pointing you in the right direction, providing you with services,” said Angulo.

Stabile says some veterans just want to come in and talk and that’s OK too.

“We have a lot of senior veterans, Vietnam, Korean War that come in and just want to talk, and we sit and listen, sometimes it’ll be for an hour, hour and a half,” said Stabile.

Whether it’s sharing their stories or receiving guidance, Stabile wants veterans to know there’s a place for them.