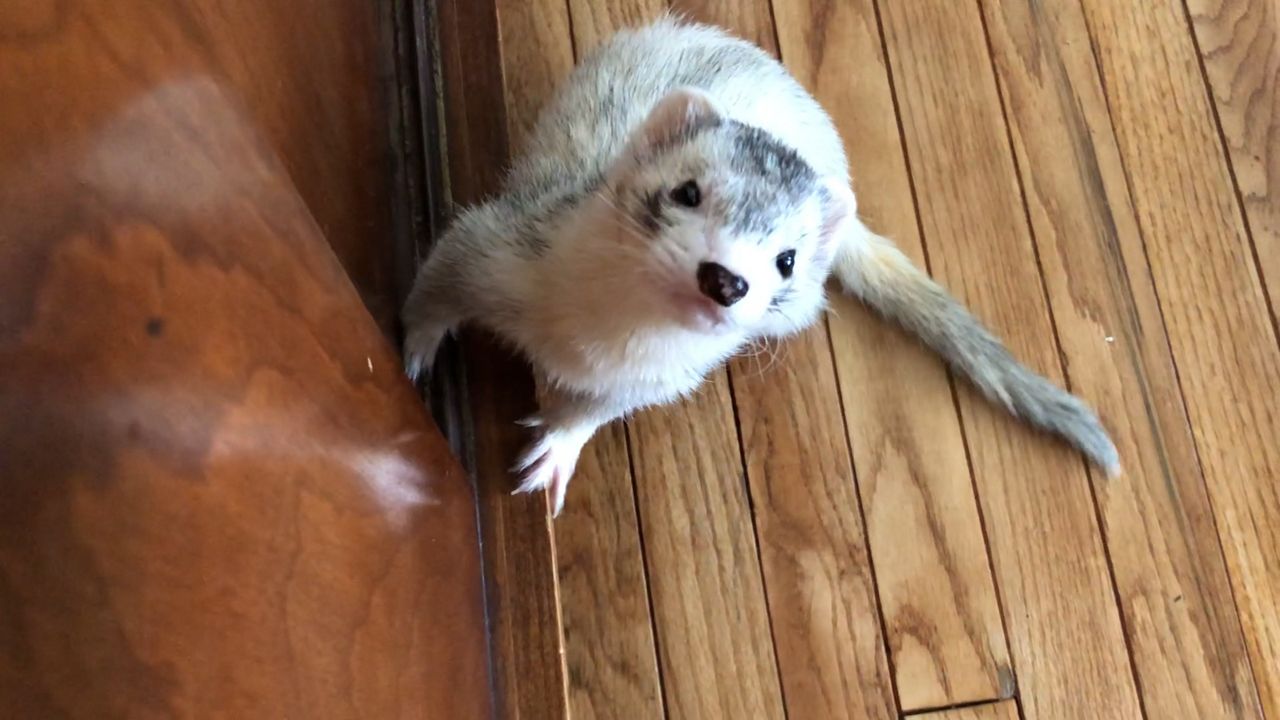 LOS ANGELES - Ferret owners in California are hoping there’s a light at the end of what’s been a very long tunnel. Keeping a ferret as a pet is illegal in the Golden State, which means Megan Mitchell is breaking the law.

“When I rescued my first ferret I was like, 'This is the pet for me,'" she said.

But when she moved to California a decade ago, she had to smuggle her ferret in.

Even now she’s worried because she knows what can happen if she’s caught.

“You can actually get charged with a misdemeanor for owning a domestic ferret which is six months in jail, a $1,000 fine, and they can also confiscate the pet and euthanize it,” Mitchell said.

It’s a fear other ferret owners live with daily. The ban dates back to 1933 when the fish and game code was established. The concern is that domestic ferrets, which are a non-native species, could escape and threaten local wildlife.

For the past few decades, ferret owners have been fighting to change the law. One bill even made it all the way to Governor Schwarzenegger’s desk but he vetoed it.

“And so we had to start all over," Mitchell said.

It’s a big task, which is why Megan and her husband Nick Scofield founded the Angel City Ferret Club.

“I’m all wrapped up in this giant criminal underground conspiracy here," Scofield laughed.

The grassroots volunteer group has about 150 members in L.A. alone. Their strategy is to meet with different state lawmakers every week, armed with extensive research and a few key arguments. For instance, under the existing code, ferrets are classified as wild animals. But Mitchell says there are actually no wild ferrets.

“The CDC, the Humane Society, and the Department of Agriculture classify ferrets as domestic and not wild," Mitchell explained. "So ferrets are pets.”

And cherished ones. Mitchell and Scofield say the bond with their ferrets, Kudzu and Krampus, is as close as the one people have with their dog or cat.

But unlike a legal pet, they can’t call animal control for help in an emergency.

“If your ferret gets out you can’t ask for help," Mitchell said. "They will take it and you will never get it back. So there is a lot of stress.”

Changing the law would relieve that stress and remove the constant fear that hangs over them. They know that being so public about it is a risk, but they don’t see another choice.

“No one is going to change the law for us," said Mitchell. "We have to do something. And so we’re taking that risk because the payoff would be really great for every ferret owner in California."