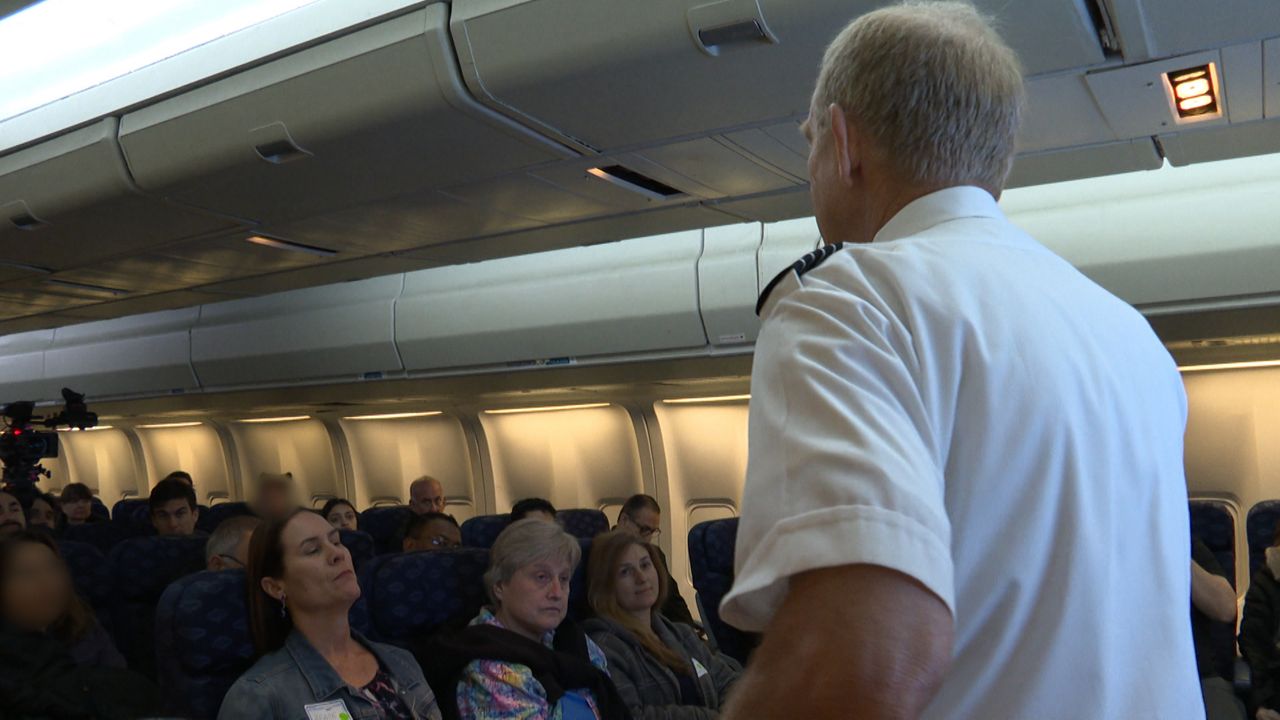 An estimated 20 million Americans are afraid to fly, but a retired airline pilot is getting people to face their fear with a little help from Hollywood.

For Laura Estanislau of Yorba Linda, the thought of getting back on a plane is traumatizing.

"There was a stall and we went straight down," she said.

A small plane crash two and a half years ago east of the Salton Sea in the Glamis Dunes killed the pilot, but somehow she survived.

"My husband was told that it was not good, that I was not going to make it," she said. "I had 40 broken bones, and I’ve had 13 surgeries and needless to say, I haven’t been on a flight since."

But after canceling a European vacation this past summer, she was ready to do something about it. She wants to fly to Las Vegas for her friend’s 40th birthday in two weeks.

"It’s really hard to change your behavior," he said. "A lot of what you think was bedded in your unconscious."

"I love teaching, and I love human behavior, and I love to watch the breakthroughs," he said.

He combines his knowledge of aviation with his Master’s in professional counseling.

Estanislau and dozens of others boarded a mock plane at Air Hollywood, an aviation themed movie studio in Pacoima. Some haven’t flown for decades. Once on board, Captain Nielsen asked them to write down what triggered their fear. He said turbulence and takeoff are the two primary ones.

"Tell me what your anxiety is right now," he told the class.

Nielsen works with them on mindfulness, controlling their own thoughts through relaxation exercises.

"Get them to refocus and say, 'Hey this is about the way I think about what’s happening, not what’s really happening,'" he said.

"It’s fear. It’s just a thought and it’s passing," he told them during a mindfulness session.

He answers questions and uses humor while talking about what a pilot experiences in the cockpit from takeoff to touchdown.

"How do I know it’s turbulence versus airplane problems?" one student asked him.

"A lot of people don’t think you can meet the pilots. That’s not true," Nielsen said.

He has helped thousands of people in the 30-plus years he's been teaching classes. He estimates a 95 percent success rate and has gotten some rewarding feedback.

"Not only am I flying," former students will tell him. "I’m taking risks. I’m going for job promotions."

At the end, those who are willing take a real round-trip flight from Burbank to Sacramento. Estanislau was one of them and had positive results.

"I came, I conquered, and I’m going to do it again…in two weeks," she smiled.