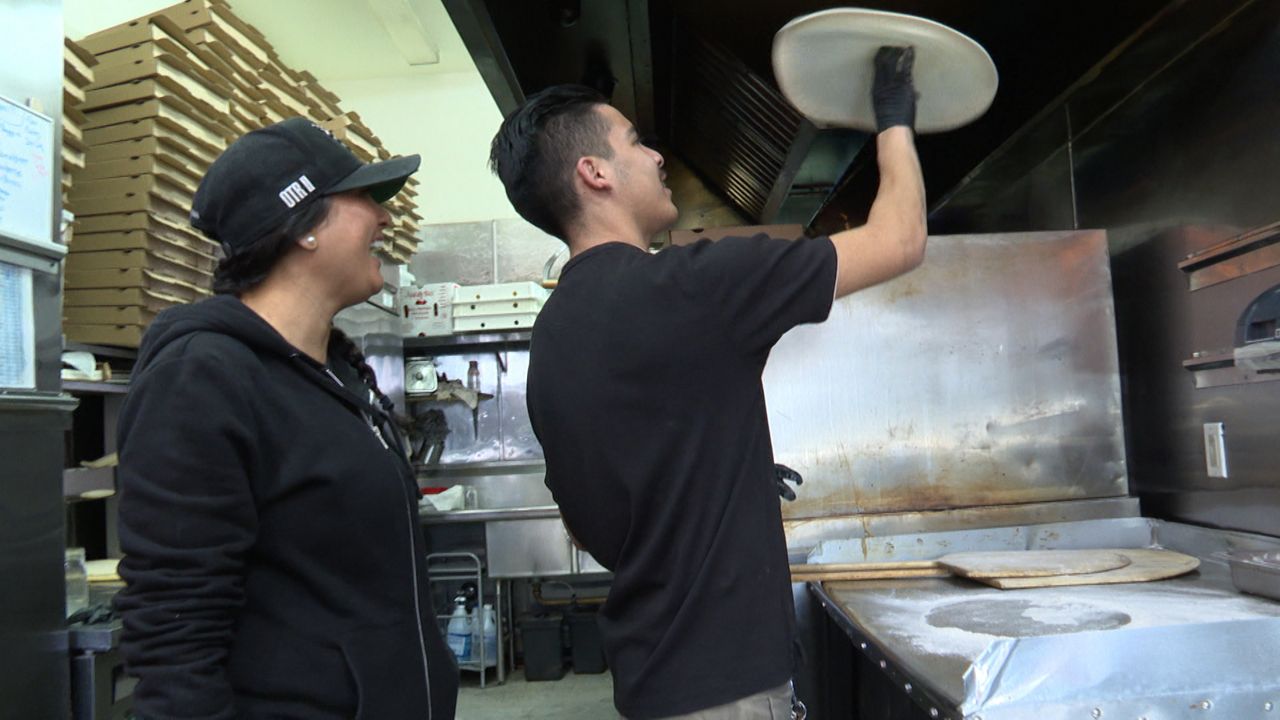 "Every day I get an opportunity to help people, to help humanity," said Diego.

She grew up in the projects in Pacoima and quickly went down the wrong path. While in prison for drug dealing, she came up with an idea for a restaurant.

"I thought it would be great to have a business that would accept all," Diego said.

After getting out of prison, she went to culinary school at the Cordon Bleu and traveled the world as a chef. She opened "Dough Girl" in 2014.

"I used to be the dope girl, but now I’m the dough girl," Diego laughed.

From the moment customers walk in, they will likely notice the street vibe.

"Whether they in come from the street with no shoes on, we ask them questions and then they look around and say, 'Wow, this place is really cool. I want to hang out,'" Diego said.

As an ex-con, she knows the world isn’t always so forgiving, so she makes it a point to offer them a job.

"I had one that I hired, he had two strikes.  One more strike and he does life, and I helped him out," Diego said. "What fuels me is to look after the youth and see that they don’t make the same mistake that I made."

Diego also helped Emanuel Deleon, who she found on the street on his 18th birthday.

"She asked me what I want for my birthday and I told her, 'I want a job,'" Deleon recalled.

That was a year and half ago.

"Honestly, I don’t know where I’d be if it wasn’t for this place," Deleon said.

Since then, he has learned how to hold down a job, patience, people skills, and tosses a mean pizza.

"Being a person that was on the streets on drugs, I know that other people want help," he said.  "They want to feel understood. Unconditional love, everybody deserves it."

However, Diego has had her fair share of critics.

"Well, what if these kids are still on drugs working for you? Well, just so you know, a drug addict can’t quit drugs from one day to the next," she said.  "It’s a process."

Five years since it opened, Dough Girl is still a work in progress, Deleon is grateful.

"Somebody that does believe that I can do better and doesn’t stop believing in me, kinda pushes me to believe in myself," he said.

Diego admits her employment is a revolving door but it is the praise, including several thank you cards, that keeps her focused on her mission.

"Everyone was born with kindness," she said. "We just have to remind them of that."