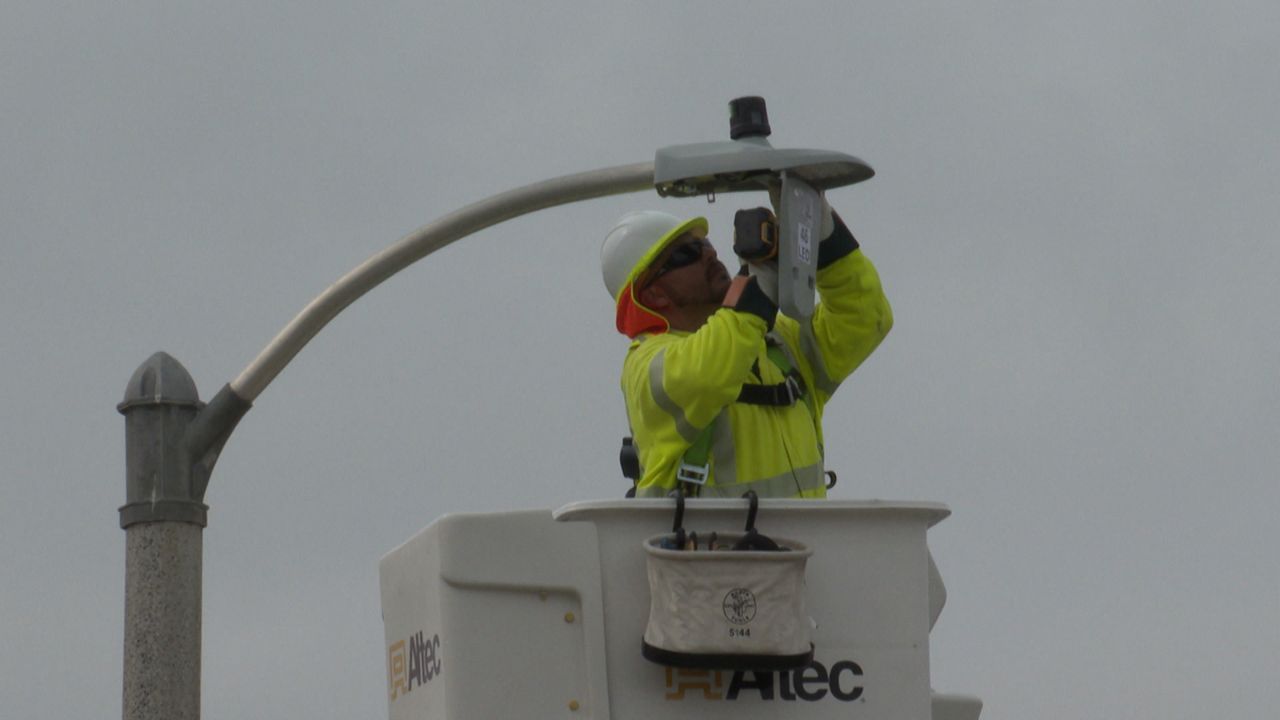 PALMDALE, CA – Palmdale is warning residents to stay away from street light poles for fear of an electric shock in the rainy weather.

On a cloudy day, Albert Gonzalez is one of several crews going airborne in a bucket to check thousands of streetlights. He says it can feel like a roller coaster.

"If it’s raining and the streetlight is on, there’s a potential for a hazard," said Public Works Manager Benjamin Lucha, who oversees the crews.

The city blames the faulty lights on a wiring issue that could potentially shock residents.  While concrete poles don’t conduct electricity, the concern is the water on the pole when it rains.

"So far, we’ve pinpointed it down to one particular type of streetlight and that’s just shy of 13,000," Lucha said.

One by one, workers like Gonzalez are opening streetlights and inspecting them.  If there is a problem, they fix it, log the location on their phone and check it off the list. The entire process takes about 10 minutes per light, and if the entire ordeal seems a bit unusual, it is.  Lucha says it's the first time he's seen this in his Public Works career.

The city believes about one percent of the streetlights are faulty. Lucha says a resident first reported an issue last month using the website. With each crew only able to check a few dozen lights a day, they need all the help they can get.

"We’ve even had cities offer us their help, and they’re sending some of their crew members when they can," Lucha said.

Even so, it is going to take a while to inspect all 13,000 streetlights, but the message is simple.

"If the streetlight is on and it’s raining, don’t touch the pole," Lucha said.

It's a cautionary tale until Gonzalez and the other crews can confirm all the streetlights are safe.

So far, there are no reports of injuries. The city notes the issue does not impact any poles that have traffic signals or crosswalk buttons.