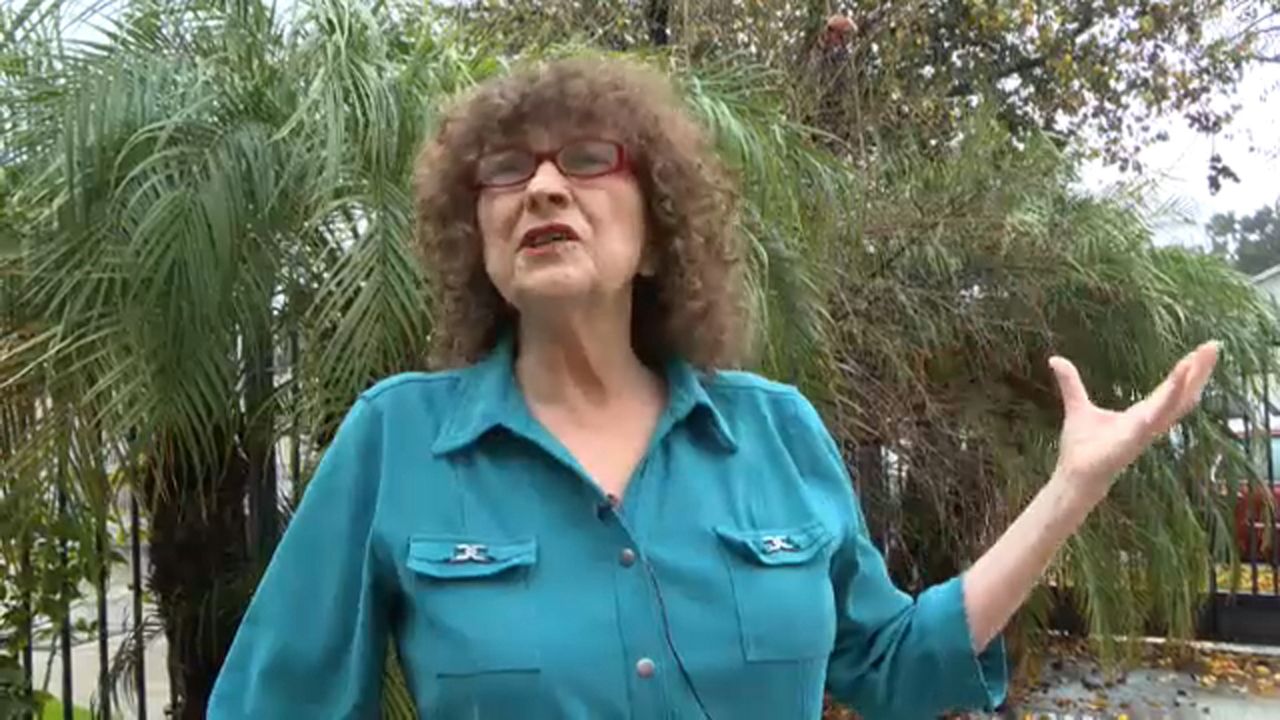 The removal of a single tree might not seem like a big deal, but in Los Angeles, every tree matters.

Perhaps it's because of her career as a film and sound editor on movies such as The Empire Strikes Back that Joanna D’Antonio has a meticulous nature, which she is now putting to use as one of L.A.’s leading urban forestry advocates.

“I've gone to LANCC, I've gone to VANC. I've gone to all these different meetings,” said D’Antonio as she flipped through a stack of her notebooks containing copious notes.

Her family moved to a peaceful tree-lined street in the valley in 2013, but when the city began to aggressively prune the trees, Joanne wanted to know why.

“Urban forestry people came unannounced and severely prune these trees,” explained D’Antonio, “and I have pictures of how they looked when that happened. I got so civically upset that I ran for neighborhood council. I said, I have to get to the bottom of this tree thing.”

Getting involved on a civic level taught D’Antonio that there are serious gaps in L.A.'s tree management policy and that policy differs greatly from city to city.

D’Antonio has worked on many committees to help push for citywide comprehensive forestry policy, which is now culminated in a new report, The First Step Urban Forest Management Plan developed through the independent consulting firm Dudek.

Only a few blocks from her house, a line of trees has also been severely pruned.

“I could not get a public records request on who did this. We couldn't find out why they massacred these trees,” said D’Antonio.

One of the Dudek report’s findings is that the city doesn't know enough about its trees and that L.A. is one of the few major cities that doesn't even have a complete tree inventory.

“The trees are a huge public utility,” said D’Antonio. “They are an asset that we are going to really regret if we turn into a desert. I think there's a consciousness and city government that we do have to change these policies and we have to figure out how to do it.”

And as outlined to the Dudek report, D’Antonio agrees that achievable actions can help close the gaps in L.A.'s urban forestry management.