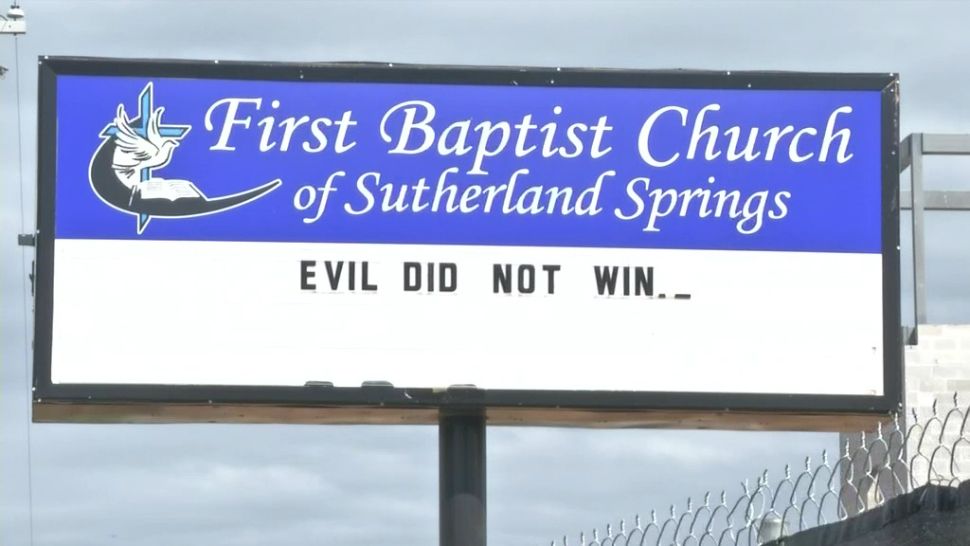 SUTHERLAND SPRINGS, Texas --It's been nearly one year since 26 people were killed in a church shooting in Sutherland Springs.

While that tragic day still scars the small community, residents are leaning on faith to heal.

On November 5, 2017 a man in tactical-style gear began shooting outside the church, then entered and continued to fire. The victims included men, women, children, and an unborn baby.

On Sunday, the community gathered together to remember the lives lost.

Governor Greg Abbott addressed the community, speaking about how their resilience still inspires him.

"A message to the world in the aftermath of the tragedy that occurred at Sutherland Springs is that Sutherland Springs is a demonstration of what faith and God looks like in action. Instead of having people who were suffering from depression, you have people who are growing and they are showing what faith looks like. And that is good will overcome evil and faith in God is what they need to be able to move forward," said Gov. Abbott.

The gunman in the shooting died from a self-inflicted gunshot wound.