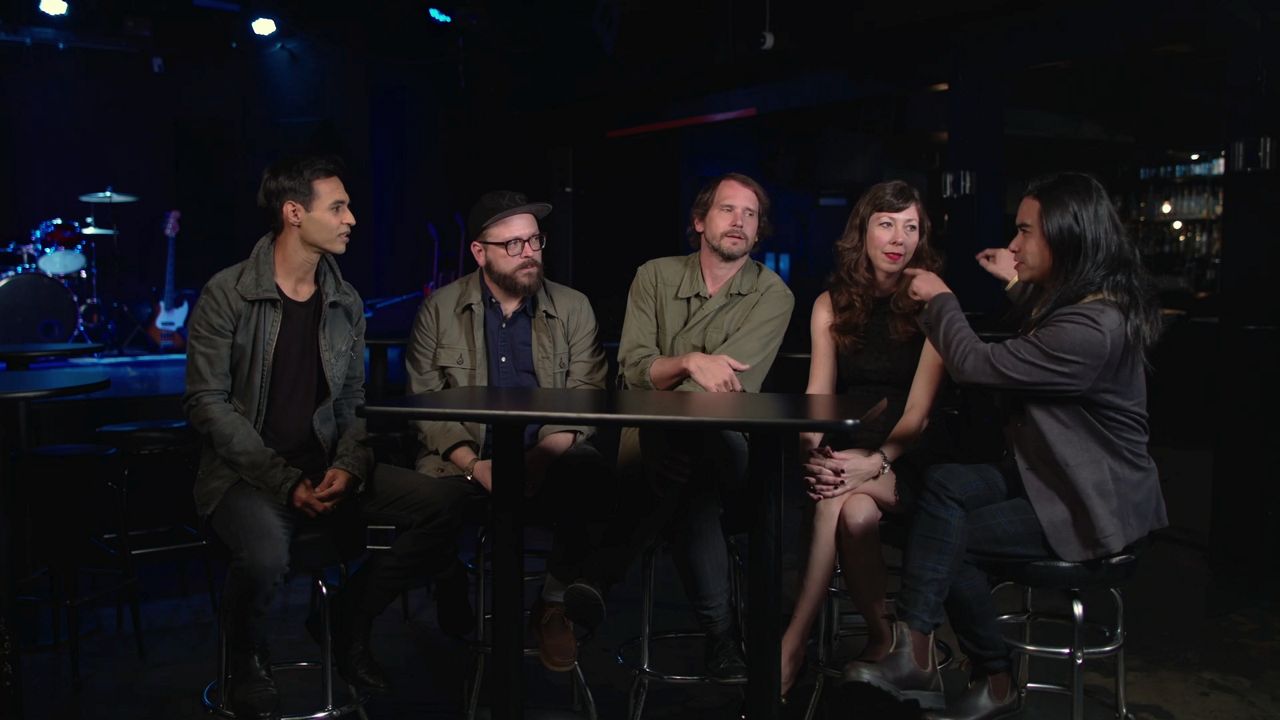 Back in the mid 2000s, or the “mid-aughts” as some like to say, Silversun Pickups and I were on mirrored trajectories, thousands of miles apart.

As the band formed and found their voice as influential avatars for the Silver Lake indie rock zeitgeist in rooms like Spaceland, the Silver Lake Lounge, and the Echo, I was a lawyer transforming into a music blogger, out every night in NYC’s Lower East Side and Williamsburg neighborhoods, writing and photographing indie rock bands playing venues like Pianos, Mercury Lounge, Glasslands, and Death By Audio.

Brian Aubert, Nikki Monninger, Joe Lester, and Chris Guanlao became the mighty Silversun Pickups; I blogged about them, and bands like them, on a site called Stereogum.

Indie rock gave us both dreams, and we both made unlikely transitions. Them, as a group of friends who never expected to become a world-known band, and me, as an attorney who wound up a journalist/blogger who helped hundreds of independent artists find an audience.

For us to meet all these years later, as seasoned vets of indie music culture, in the venue that provided their stage-show genesis, felt poetic. We had a lot of parallel experiences in common; at some point, all bloggy paths are destined to cross.

The Silver Lake music community has blessed us with the incomparable likes of Elliott Smith, Beck, and Rilo Kiley, but it was Silversun Pickups’ emergence that felt like the first fruit of the seeds planted by those aforementioned artists. Named after the liquor store on the corner of Silver Lake Boulevard and Sunset Avenue (“Silver” + “Sun”, you get it), the Pickups were the first fully home-grown Silver Lake band to explode in the indie music blog consciousness.

Few bands are better ambassadors for their time-and-place than Silversun are for that L.A. indie boom, and I love them for being so candid, generous, and vulnerable in recounting those early days with me, and the challenges that have helped them grow along the way, in their home away from home.

Much love to Silversun Pickups for this crucial entry in our Music Diaries. Their latest album Widow’s Weeds—produced by iconic alt legend (and Nevermind-helmer) Butch Vig—is out now, and you can catch up with the band on Instagram and Twitter at the handle @sspu.