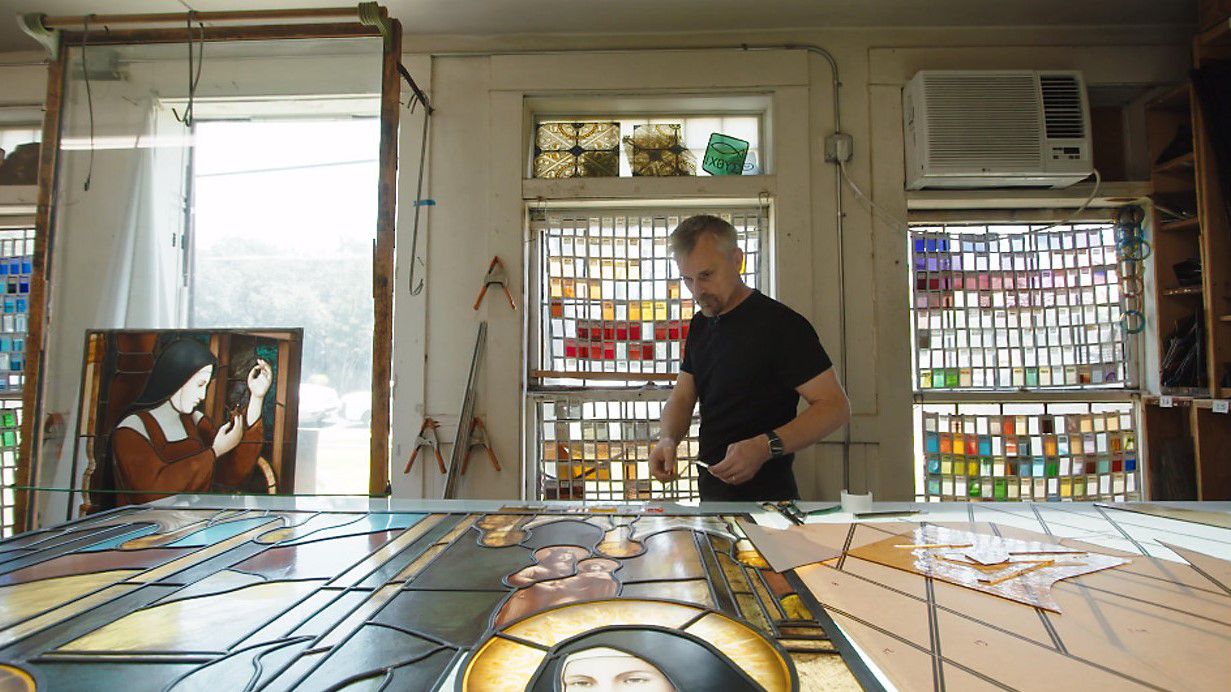 Judson Studios is moving stained glass-making into the future

Tucked away in a rambling, two story, shingle and stone structure in highland park lies the 125-year-old Judson Studios, the oldest family-owned and family-run stained-glass studio in America. Five generations of Judsons have worked with artists, architects and designers to create stained glass whose quality and craftsmanship are admired worldwide. David Judson shared his story with LA Times Today.

“Stained glass has this kind of very human analog spiritual connotation, just simply because it is natural light and its color. And it’s all of these things that I think reach your soul in a way that other mediums can’t. Things that are technological or electrical don’t have that same sensibility as natural light,” Judson said.

Judson explained how he creates the colors and designs of his stained-glass windows.

“Glass is basically sand and silica and ash and different elements,” he explained. “And then the mineral oxides that work give it the color. The most expensive color we have is pink because it’s made of gold. These blues here are almost all cobalt. There are two kinds of reds. We have a copper red, which is generally the darker reds and then a selenium red. The greens are usually copper as well.”

Judson’s great-great-grandfather started Judson Studios. In the 125 years that the business has existed, Judson Studios has created thousands of works from the U.S. Capitol prayer chapel to houses for Frank Lloyd Wright. Now, Judson is moving his studio into the future.

“We’ve kind of really nailed down the traditional stained glass, and I think that’s still kind of our bread and butter to a certain extent,” he shared. “And I think that won’t go away. I think coming in as a fifth generation, you really kind of have to find yourself within that. And I had to find my own identity to really think about how to continue forward without being kind of attached or locked down by what had come before me.”

One artist Judson is inspired by is Narcissus Quagliata, who is the Director of Innovation at Judson Studios. Quagliata’s processes will allow Judson to revolutionize the way his studio creates art and can reach audiences.

Judson Studios recently published a book celebrating the history and evolution of the studio. Visit their website to get a copy and learn more about new and upcoming projects.