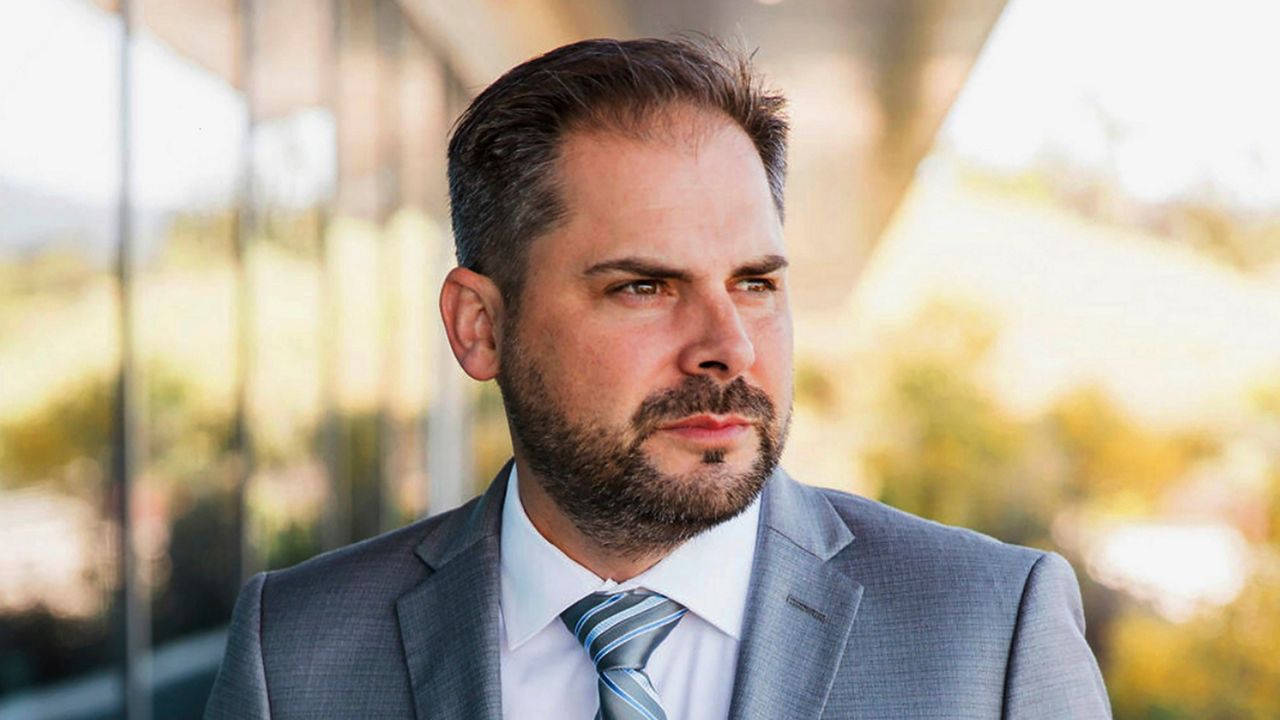 After Six Months in Office, Rep. Mike Garcia Is Running Again for CA-25

Republican Congressman Mike Garcia is running for re-election in California’s 25th Congressional District, which includes parts of Los Angeles and Ventura counties. He won the seat in May of this year during a special general election after former Congresswoman Katie Hill stepped down from the position in November of 2019.

Rep. Garcia’s opponent is Democratic Assemblywoman Christy Smith. During the March 3 primary election, Assm. Smith got 31.7% of the vote, and Rep. Garcia got 23.9%, according to Ballotpedia.

Rep. Garcia believes that “the constituents are absolutely the most important thing in this office right now.”

“With the resignation of my predecessor back in November and then my oath not being done until May 19th, we had about a seven month period there where we didn’t have anyone representing us, and we didn’t have an office taking care of seniors, social security, veterans for VA benefits, and folks for COVID relief, so we really focused on that,” Rep. Garcia said.

“We’ve burned through now about 500 cases where we’re actually taking care of people here in the district—friends, families, and neighbors of all party affiliations—and we’ve done God’s work in that regard, and I’m extremely proud of my team for hitting the ground running and being so successful on that front. The other lesson I would say is that DC is far more toxic and far more partisan than I was even anticipating, and frankly we need a lot better Americans running for office and representing the various districts around the country to work in a very bipartisan spirit and move things forward in the interest of the nation.”

“I’ve been disappointed in frankly all of the politicians in Sacramento and especially our Governor here, and frankly Nancy Pelosi and the House at the federal level, for really holding some of these COVID packages hostage and holding this desperately-needed help hostage for political gain,” Rep. Garcia said. “I’ve supported the packages. A lot of the packages that are moving forward, there’s been no real bipartisan negotiations, and Pelosi herself has not come forward to negotiate in good faith to get this last COVID package off the rail. We desperately need to get this last COVID package off the rail to help the average citizen with unemployment insurance [and] small businesses with a PPP extension, to make sure that we’re giving nonprofits, churches, schools, the opportunity to get back online and to operate without any major liability exposure.”

"The single biggest thing we can do is actually bring jobs into our district so that we don't have to make that commute."

Rep. @MikeGarcia2020 is running for re-election in CA's 25th Dist. He wants to bring businesses to CA-25 so residents don't have to drive to L.A. for work. pic.twitter.com/xDGv4nBPsw

Rep. Garcia said California was in “dire straits economically” before COVID-19 hit. He wants to lower taxes in the 25th District because of that.

“We were seeing an environment that was not business-friendly. We had bills like AB5, which was killing independent contractors and small businesses. This was the bill that identifies independent contractors as full-time employees. And this was killing the gig economy. This is why Uber and Lyft are looking to leave California, and why hundreds of thousands of folks are leaving the state now for Idaho, Arizona, and Nevada: The high tax,” Rep. Garcia said. “My opponent Assemblywoman Smith is directly responsible for about $3 billion of tax increases. So while COVID has us on our back and we’re starting to recover, AB5 and the tax environment and the lack of support for our small businesses in our state have been like little knives in our back while we're trying to also recover from COVID."

Rep. Garcia was inspired by President Ronald Reagan at a young age, and also believes that President Donald Trump has “got great results.”

“I grew up at the age of 4 until I was 12 under the influence and very inspirational shadow of Ronald Reagan, and obviously, as a Californian, that influence directly impacted the way I conduct myself and my style, so I think that’s a tremendous compliment. I do emulate Ronald Reagan in many regards, not only in his policy, but also in his style and his love of country,” Rep Garcia said. “That being said, [President Trump], while you might not agree with his style... has got great results and policies that have led to those great results. What we’re witnessing now is an administration that has taken on some of the biggest challenges—whether it’s our domestic economy or international security, local security, public safety in our local neighborhoods—and has gotten tremendous results. And we will get through this COVID environment. We will navigate this. We’ll all get better as a result of it.”

Rep. Garcia was assigned to the Committee on Transportation and Infrastructure. He said “that’s a big deal” for a freshman Congressman like himself.

“What we need to be doing is absolutely expanding capacity right now, adding thruways and... adding the lanes, adding overpasses and bypasses, so that we can get out of the Simi Valley, Santa Clarita Valley, and Antelope Valley [and] get down to West L.A., El Segundo, Downtown L.A. It’s gotten significantly worse by orders of magnitude just in the last 10 years,” Rep. Garcia said.

“The single biggest thing we can do is actually bring jobs into our district so that we don’t have to make that commute. And we’ve been pushing hard with federal programs and also with aerospace and defense opportunities. As you know our district has a huge aerospace and defense footprint not only in the Antelope Valley but across the entire district. And we’re working hard in bringing a lot of good business into the district and the more we can generate there, the less people will have to drive.”

“The other thing we can do is start leveraging the advancements of this new space command under the U.S. Airforce. We’re pitching now to have space headquarters based in Palmdale, which is in our district. We were successful in getting that city put back onto the short list for consideration and we should know the outcome of that in Q1,” Rep. Garcia said. “So it’s these types of concrete actions that not only bring jobs, but those will also bring revenue which will help us with our infrastructure. We’re locally building bridges and highways and getting funding for those... and it’s actually been very successful. It’s going to take six to eight years to do it correctly, and I’m committed to doing so.”