After Decades of Separation, Two Immigrant Brothers Reunite With Their Father

Marcelo Morales waits anxiously to see the father he left behind in Mexico ten years ago.

“Two more minutes, and we’ll be able to go in,” Marcelo says.

His brother, Marcial Morales, joins him. Marcial hasn’t seen their dad in 20 years.

They’ve been separated by a border and U.S. immigration policy. But through a program called Raíces de Puebla 2018 or “Roots of Puebla 2018,” their father and 84 other Mexican citizens were given permission to visit relatives here in the United States.

The trips only happen during the holiday season, and this year, Fayad has made it possible for 531 families in California, New York and New Jersey to reunite for 20 days. The state of Puebla covers the costs of the application, U.S. Visa, and round trip airfare from Mexico City to the U.S. 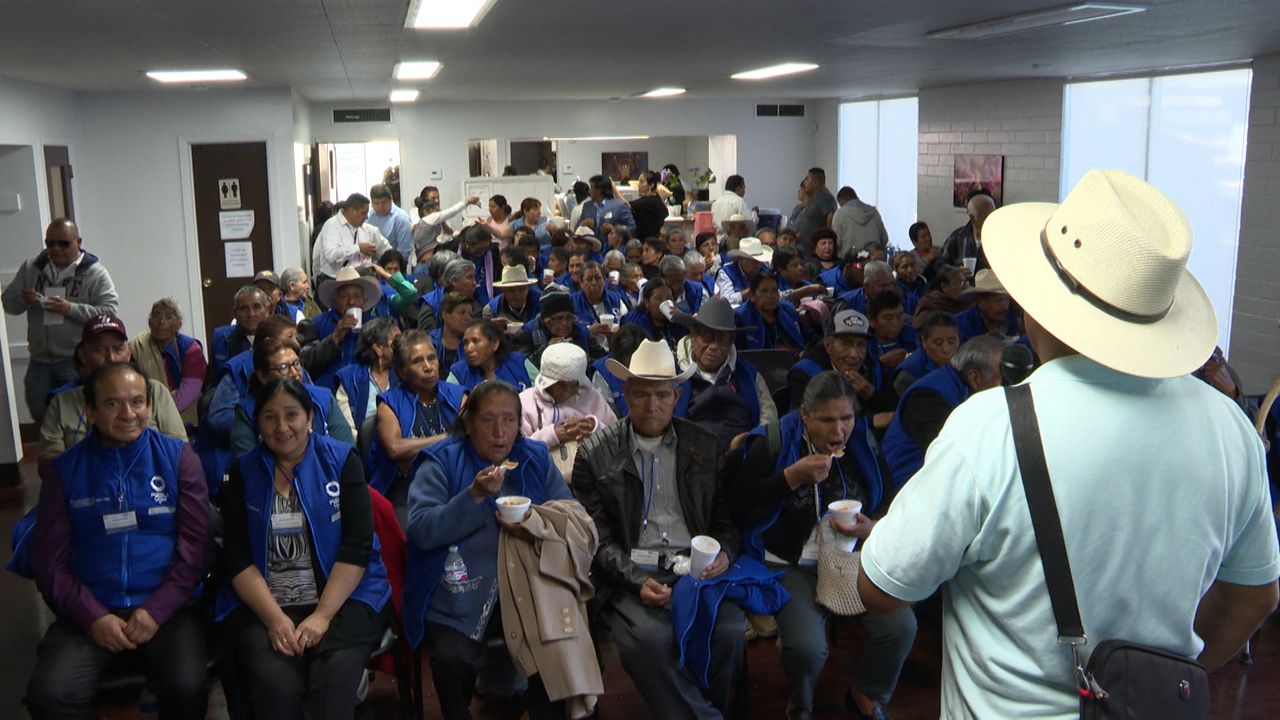 People who traveled from Mexico wait to reunite with their relatives

As they anxiously await their father's arrival, the Morales brothers hold a reunion number. They sit down at Mi Casa Es Puebla, an office set up by the government of Puebla, in East Los Angeles.

Just a few feet away, their father, Filemon Morales, eats his first American meal after his first airplane flight. He sits and waits along with the others for their numbers to be called. He is number 75, the same as his sons.

“I’m going to feel so proud,” Filemon says just before he sees his sons.

The anticipation builds. His sons listen carefully as each number is called. Marcelo can’t hold back his tears. Then he hears their father's name.

The three family members hug and hold back tears. It’s an embrace decades in the making.

“How are you dad?” Marcelo asks in Spanish. Filemon replies, “Good Evening.” Marcial replies, "I’m glad to see you."

Filemon will spend the next few weeks getting reacquainted with his sons. But he will have to go back home soon.

Based on his age, and the cost of a trip like this, the brothers are afraid that this could be his last visit. But thanks to Roots of Puebla - they have this moment to remember, because memories have no borders.