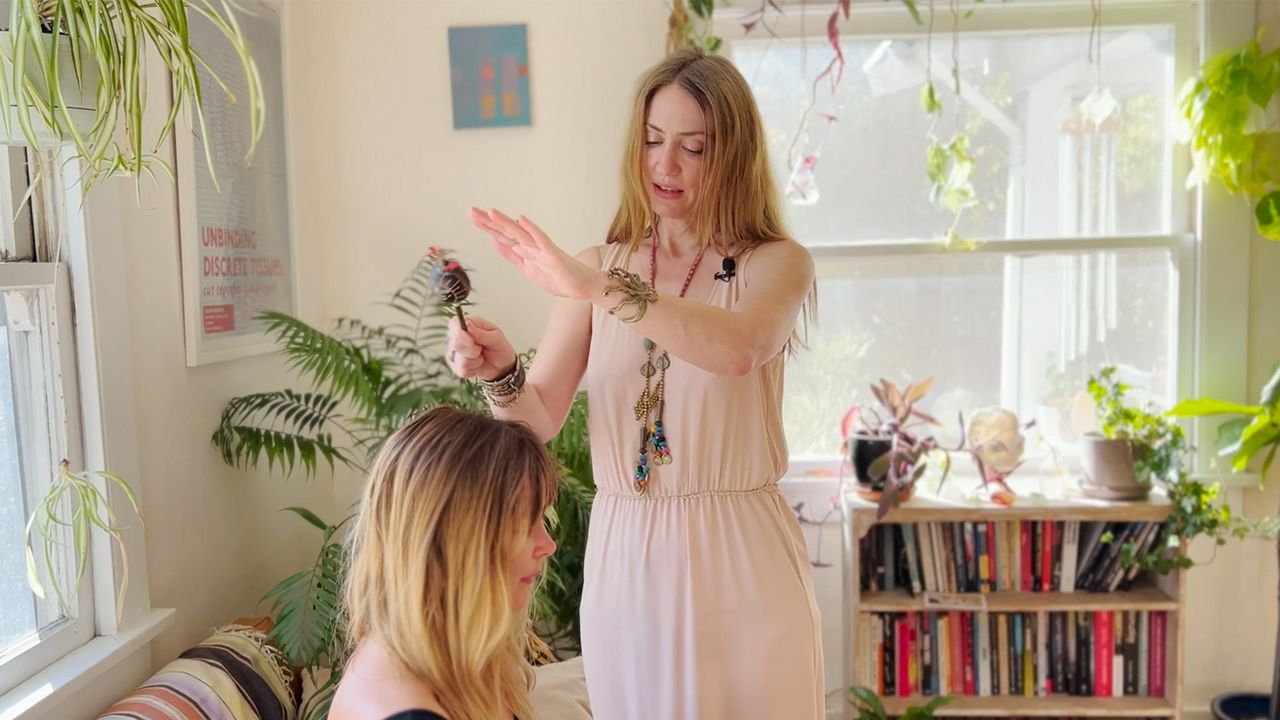 Practical magic: Why California witches are having a moment

LOS ANGELES — She lives in a quaint bungalow on a quiet street in Highland Park, where most days you can find Amanda Yates Garcia tending to her beloved plants.

“This is Yarrow, also known as Soldierswort,” she said, as she clipped one of its stems.

Garcia isn’t a gardener or a chef. The herbs are for a magic potion.

“I’m going to use this to give my client a blessing,” she said.

Garcia is one of a growing number of professional witches, known to her scores of followers as the Oracle of Los Angeles.

For more than a decade she’s been performing energetic healings, full moon ceremonies and exorcisms. She’s written a book about her experiences, “Initiated: Memoir of a Witch.”

“A lot of people have a really wrong idea about witches,” she said. “Witchcraft is very much about the magic and beauty of nature and being fully present in the moment.”

People come to her for all kinds of reasons. Most are at a crossroads, she said, and looking for guidance.

Kathleen McKay, an artist and one of Garcia’s regulars, said the sessions — which cost about $200 each — feel a bit like therapy with a little help from the spirits.

“I think witchcraft is a really interesting to understand the world, like astrology, or tarot or anything else. It just gives a new lens on what we’re experiencing,” she said.

They may not wear pointy black hats like they do in the movies, but witches are very much alive. In fact, they’re enjoying a renaissance of sorts, fueled by social media.

Garcia, who has more than 45,000 followers on Instagram, said most of her work is done online these days.

She’s not the only one. The number of self-identified witches in America has soared to 1.5 million in recent years, outnumbering Presbyterians.

And if you’re going to be a witch, it seems the Golden State is the place to be. California is home to six of the top 10 best places to be a witch, according to a survey commissioned by Lawn Love, a lawn care company of all things, which measured access to tarot readers, astrology classes and herbalists in the nation’s 200 largest cities.

For Garcia, it’s about helping people find peace of mind and a sense of belonging.

“People really have lost a lot of faith in larger institutions of religion [but they] still want to be connected to spirituality and the imagination,” she said.

As part of her session, McKay, who said she was overcoming grief, was asked to write three things she’s learned from her experience along with three powers she’s found within herself.

The paper was then burned in a witches’ cauldron with the ashes released over a bridge.