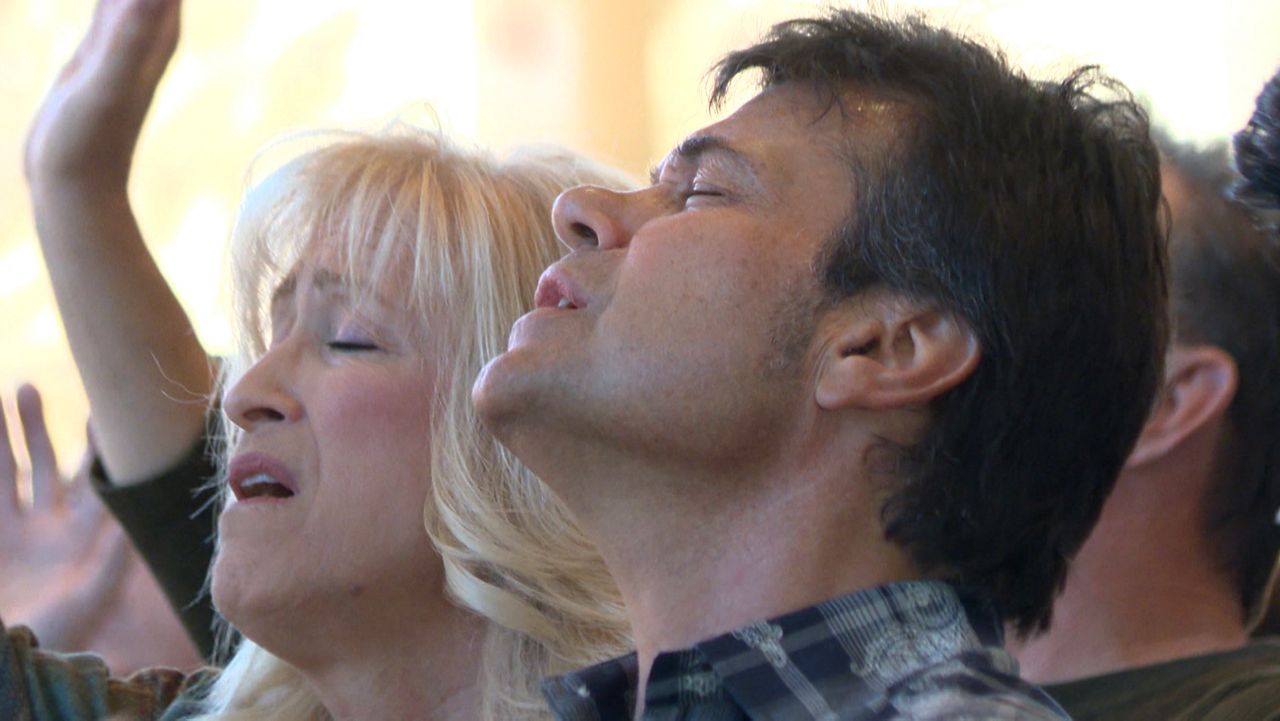 NEWBURY PARK, Calif. — Hands raised, mouths open in praise, and a packed pulpit filled to capacity. It's a sight and sound Pastor Rob McCoy has grown familiar to presiding over.

It's his normal view, in his normal place, but 2020 has still been a very abnormal year for the longtime pastor.

“It’s obviously challenging," he said. "We’ve never gone through a pandemic before.”

And yet even in a pandemic, the aisles at his church, Godspeak Calvary Chapel, have never been fuller.

The church is one of several in California to rebel against the state's pandemic orders and remain open — first reopening to the public for indoor services on May 31.

“We’ve been wide open ever since and we’re in violation of the judge’s restraining order," he said, 'We’re being fined every Sunday, but that’s not gonna stop us.”

Currently, state guidelines prohibit in-person worship for churches in the purple tier, which more than 95% of the state's population currently falls under.

Religious leaders like McCoy have been vocal about their disagreement.

“It’s just not right to shut out churches and infringe upon our inalienable rights for a virus that does not merit it," he explained.

Other congregations throughout the country have also voiced similar concerns and responses, some even taking legal action.

“As Draconian as Governor Cuomo’s measures have been, Governor Newsom’s far extend the overreach," he said.

Although positive test numbers in the state may be surging, he and his congregation are confident they are doing the right thing and safely conducting worship.

The pastor is continuing to hold steadfast in his faith that he and his congregation have a right to conduct worship and that no one can stop them.