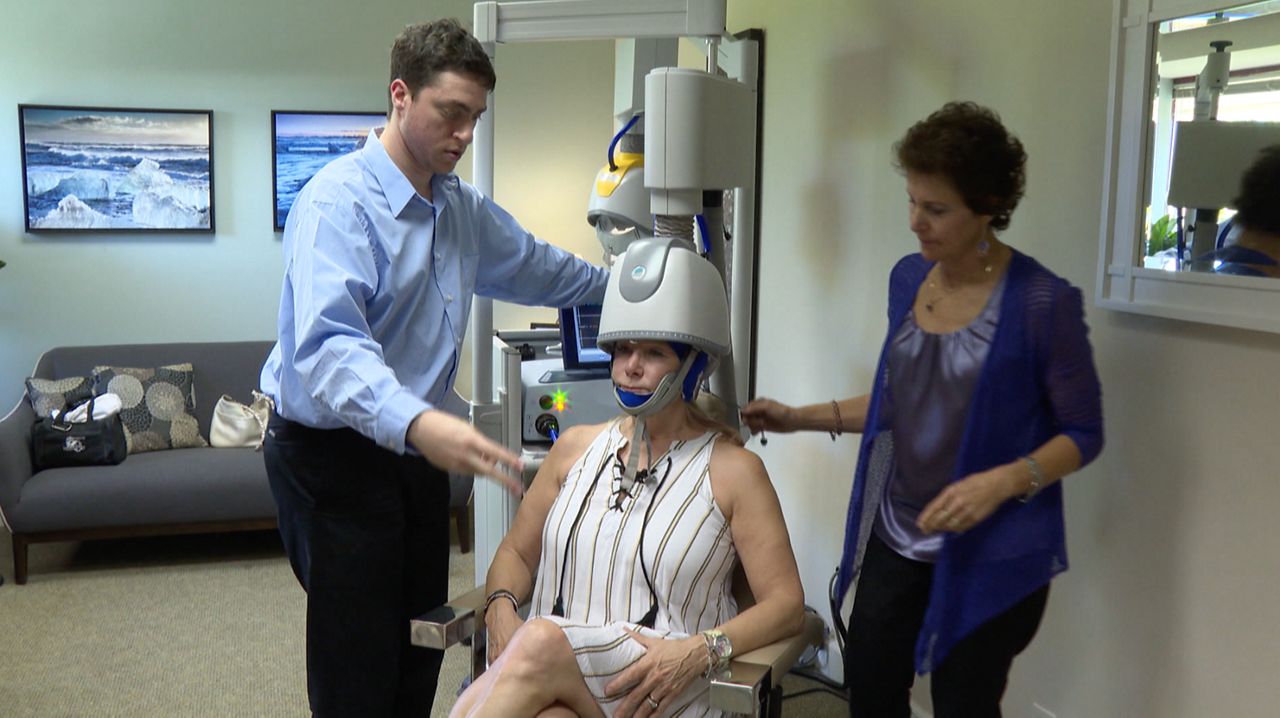 The whole set up might look a little strange. Kabat is sitting down. She’s hooked up to a big machine through a helmet-like device.

Kabat tried a number of antidepressants before finally turning to TMS.

After she was sexually assaulted in 2004, she dealt with Post-traumatic stress disorder (PTSD) for a long time.

“That’s pretty much the only thing that kept me going was my daughters. I didn’t feel suicidal, but I felt that if I were to get in a plane crash or an accident that that would be fine. It would relieve the pain,” said Kabat.

During a TMS session magnetic pulses stimulate nerve cells in the part of the brain where mood and depression are controlled. There’s no surgery, and very little pain.

“It felt like somebody is ringing a doorbell in your head you know,” said Kabat.

“For psychiatry it is a huge game changer. We used to basically have medication, psychotherapy, and then we had electroshock therapy,” said Dr. Werner-Crohn.

At her lowest Kabat was taking four antidepressants. Now she’s down to only taking one.

This is one way to manage a problem that affects millions of people.

On June 19 there’s a free event where you can learn more about TMS as well as other ways of coping with tragedy. It starts at 3:00 p.m. at the Sagebrush Cantina, 23527 Calabasas Road, Calabasas, CA 91302.