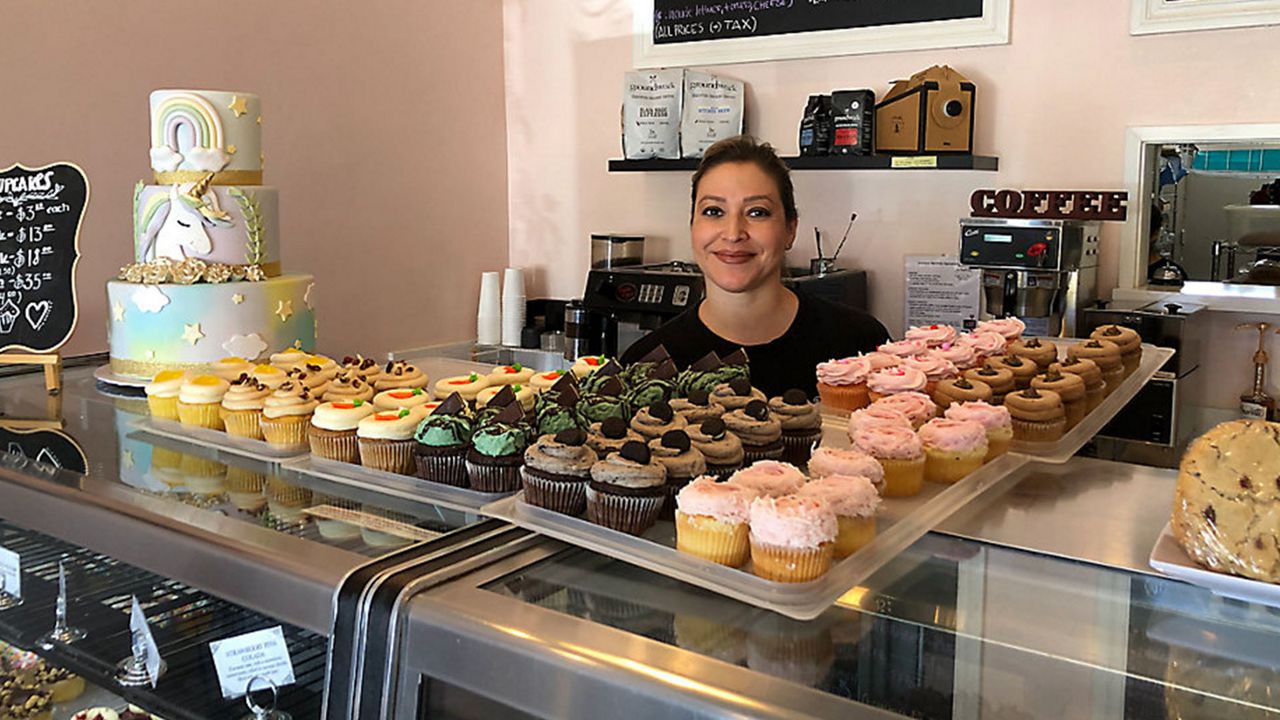 SAN FERNANDO, Calif. – Pastry cream fills each crust, it’s a base for the fruit tarts which have become increasingly popular at Sweetness Cakes & Cupcakes in San Fernando.

“We can’t keep them in stock, we sell out everyday. I don’t know if it’s a combination of that it’s a little sweet but a little healthy because it’s got fruit,” said owner Theresa Granados.

Granados wasn’t sure what effect the quarantine would have on her business when it went into effect. Like at other restaurants, dining in, is off the table.

Since she’s known for her custom cakes, she worried about how she would remain open.

“Nobody is ordering, obviously, cakes to feed 50 to 200 people, but we are getting a lot of cake orders with five to six people, just doing small little parties at home kind of a thing. So that’s surprising to us as well,” said Granados.

But they’ve also made changes. Along with their cupcakes, they’re also selling cookie and cupcake kits, giving kids, or even parents a project to do while stuck at home.

While the community is definitely stepping in to keep this business going, Granados and her employees are also doing their part by making sure to thank local police and firefighters with cupcakes. They’re also looking out for the homeless individuals who live in the area, giving them food and sanitizer.