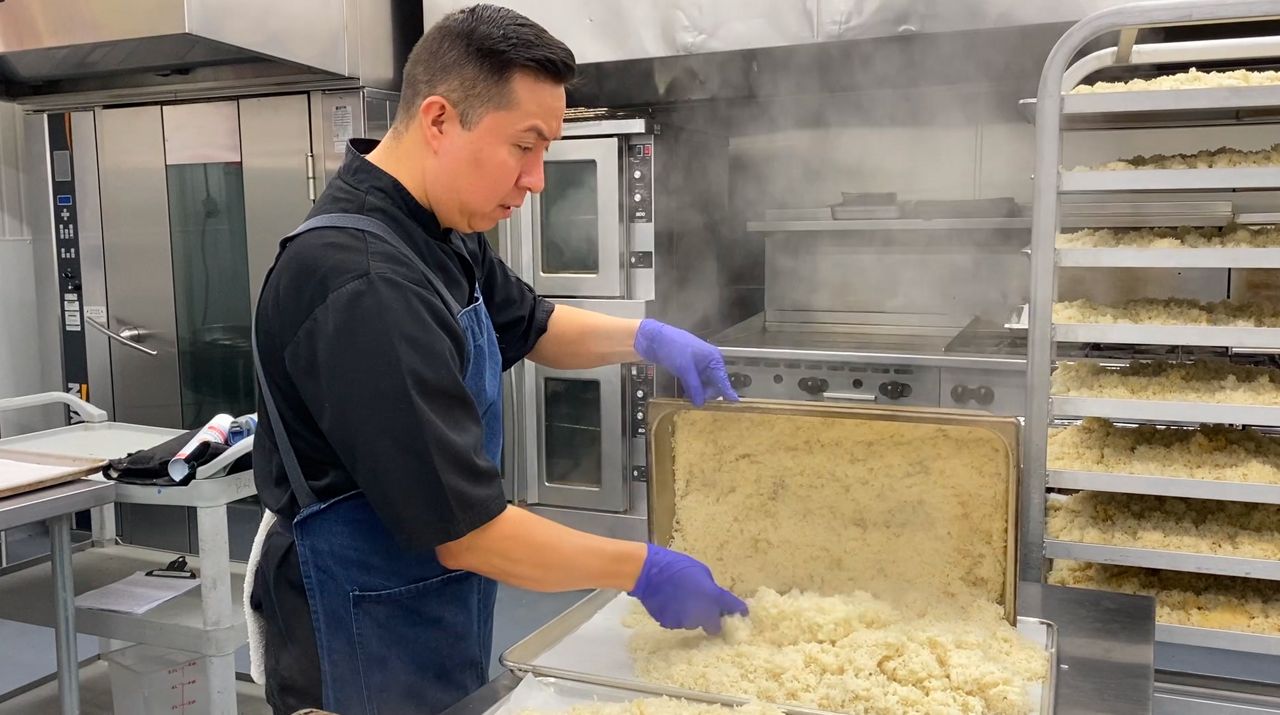 “I feel bad for this to happen,” said Aguilar.

Aguilar and Vasquez worked together for almost 20 years at a well-known steakhouse and banquet hall called Orange County Mining Company -- until the coronavirus spread, forcing the state to temporarily close restaurants.

“Most of my old coworkers are still job-hunting,” said Vasquez.

The family men say they were laid-off in March. They spent about a week looking for jobs until one of their former managers connected them to a Garden Grove-based nonprofit called Bracken’s Kitchen.

“I’m so thankful for my new job, but feels so bad for everyone at his old job. He says they were like family than just coworkers,” said Aguilar.

Bracken’s Kitchen was founded by Chef Bill Bracken in 2013. Its mission is to recover and repurpose food, while restoring lives in the process. Chef Bracken reached out to his partners in the community who have been there for his nonprofit when he noticed they were suffering from the pandemic.

We’re still alive and kicking after making 25,000 meals a week for our local homeless shelter in Los Angeles and Orange County and others who are in need of food. Our prep, mise and communication game must be strong! We’re splitting our shifts in order to not have contact so if one gets sick the whole crew doesn’t go down. Another high note, we hired another LAK grad on, he’s been working @otiumla the past year.

“We reached out to them and put them to work and many of them who have been on the peripheral that no one has reached out to. So it really was rewarding to put these people to work,” said Chef Bracken.

He hired 16 recently laid off hospitality workers including Vasquez and Aguilar, because while restaurants were closing, the demand for more meals from communities that are being hit hard by the coronavirus crisis grew. Before the pandemic, the kitchen fed nearly 8,000 people a week. Now, they’re feeding about 25,000 people and are hoping to help even more.

“I’ve said a long time ago that God, or whatever you believe in, created us all equal. Society has divided us between man, woman, black, white, rich, poor. COVID-19 has brought us all to level together,” said Bracken.

Vasquez and Aguilar thought their jobs would always be stable but it took losing them to guide the longtime coworkers to a new mission of helping people who are less fortunate than them get through this crisis.

The nonprofit is raising money to help its team feed even more people in need.