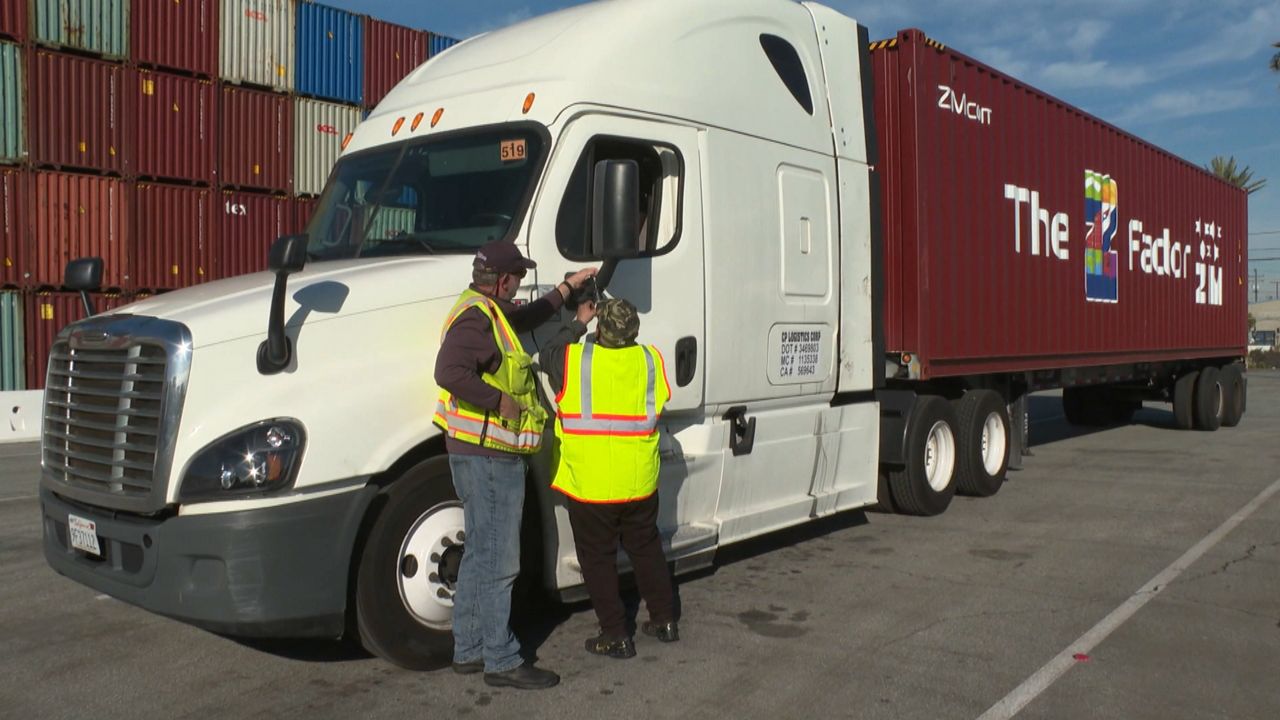 LONG BEACH, Calif. — The first two of 100 zero-emissions electric trucks arrived at the Port of Los Angeles on Friday.

This is part of a multi-year process to improve the air in and around some of the world’s busiest trade hubs.


Trucks that enter the San Pedro Bay Port Complex must be entered in the Port Drayage Truck Registry. In 2018, trucks classified as model year 2013 and older were no longer being added as a step toward modernizing the vehicles transporting goods and thus improving air quality.

However, this still allowed some older rigs to get grandfathered in, but that won’t last forever.

Tom Becker, the intermodal operations coordinator for the Port of Long Beach, was in his element surrounded by trucks and containers.

One of Becker's responsibilities is to oversee the Clean Trucks Program, which started years ago to phase out the oldest, most polluting rigs so that by 2035, there would be a completely zero-emissions fleet.

That seemed like a farfetched goal back when Becker was a kid.

"My father would tell me you work at the port, and he would bang this screen door, and you could see that soot come off it, knowing that came from the port," he said. "So it’s important to me to kind of also help with that and reduce that kind of impact on all of Long Beach."

Becker helps keep drivers informed of upcoming changes. For starters, in a matter of months, 2009 and older engine models will not be allowed into the marine terminals. Plus, in April 2022, the ports will begin collecting the Clean Truck Fund Rate to encourage investment in cleaner vehicles.

Further down the road in 2023, the California Air Resources Board states all trucks and buses must have 2010 model year engines or newer, with few exceptions.


Driver Charles Edward Jordan Jr. just bought his own vehicle, opting for a newer model to make sure he’s in the clear. He is his own boss and dispatcher, and it’s his choice to work at the ports.

"This is my sixth time down here, but I’m going to try to come down here a lot more often," he said. "It’s a lot of work going on, and they need drivers down here."

As the ports try to attract more truckers, there is a whiff of worry in the air.

“I’m concerned that impact will be on me when I get older, so it’s important to me just physically that that reduction of pollutants happens,” said Becker.