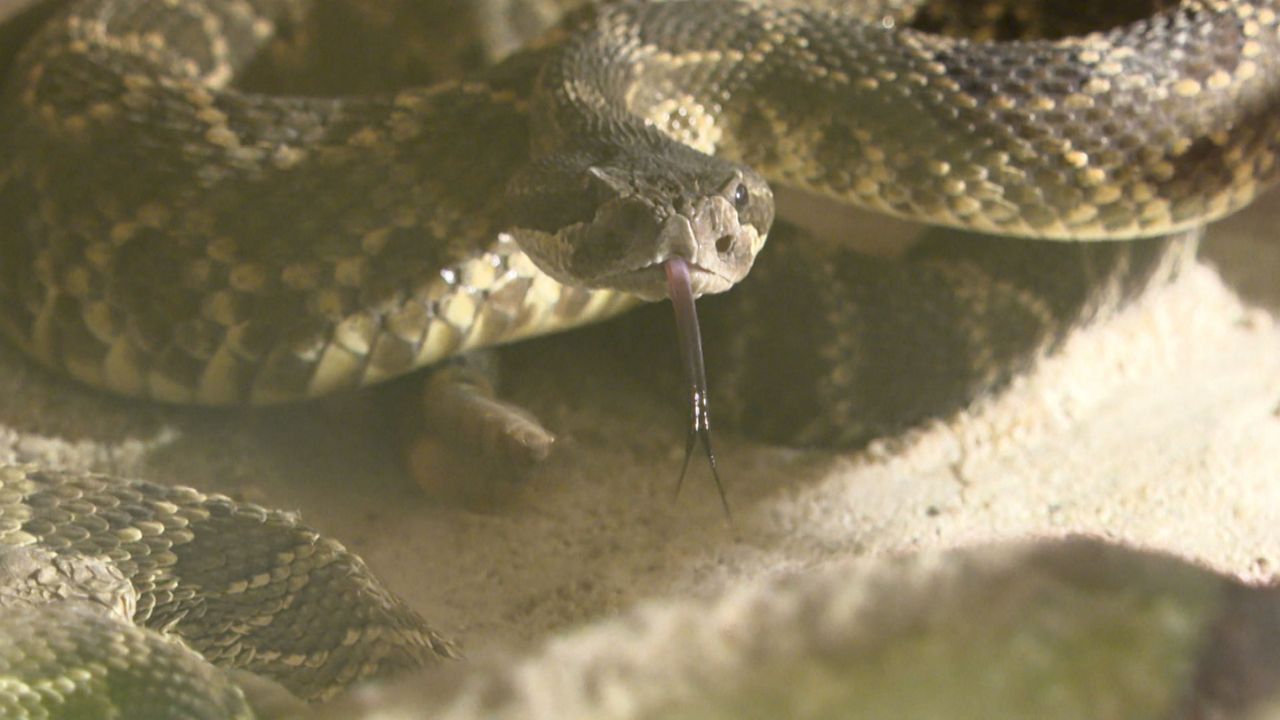 APPLE VALLEY, Calif. – With people away from the gym looking to exercise or just trying to get out of the house, many people are hiking or walking on trails during COVID-19 shelter-in-place orders, which is leading to concern about an increased risk of rattlesnake bites.


Jerry Morrill of Apple Valley is a reptile enthusiast, who encountered a large rattlesnake on a hike near his home earlier this month. While that isn’t unusual for him, the crowds of people he has been seeing is something new.

Spectrum News 1 spoke with the state organization that monitors the number of snake bites, the California Poison Control System.

“There are concerns from a number of different angles first and foremost because it is this time of year,” said Dr. Cyrus Rangan, Assistant Medical Director of California Poison Control System.

Dr. Rangan says in April and May there is usually an increase in the number of bites because as the temperatures warm, snakes come out to sun and feed. Nine bites were reported in March. That number jumped to 46 in April.

”We have an expectation that we will see a rising number,” Dr. Rangan said.

The vast majority of people survive rattlesnake bites. If bitten, don’t try to treat the bite yourself with ice or a tourniquet, and do not try to suck or cut the venom out. Dr. Rangan says you need to immediately get to a hospital.

“The most important snake bite kit that you can ever take out with you is your cell phone and a buddy,” Dr. Rangan said.

Morrill has been furloughed, so he is spending more time on the trails and is always on the lookout for snakes.

“It is sometimes an adrenaline rush. You’ve got to be on your toes,” Morrill said.

That is his message for people hiking in new areas of Southern California. If you are visiting a new trail, chances are it's home to a rattlesnake.

In Southern California, there are seven species of rattlesnakes. Most are found in the deserts, but the Southern Pacific Rattlesnake is common in the foothills and mountains surrounding the larger coastal cities.

One hospital in Northern California is already reporting a jump. At just the beginning of rattlesnake season, John Muir Health Center in the East Bay Area has already seen one third of what they would normally see in a whole year.