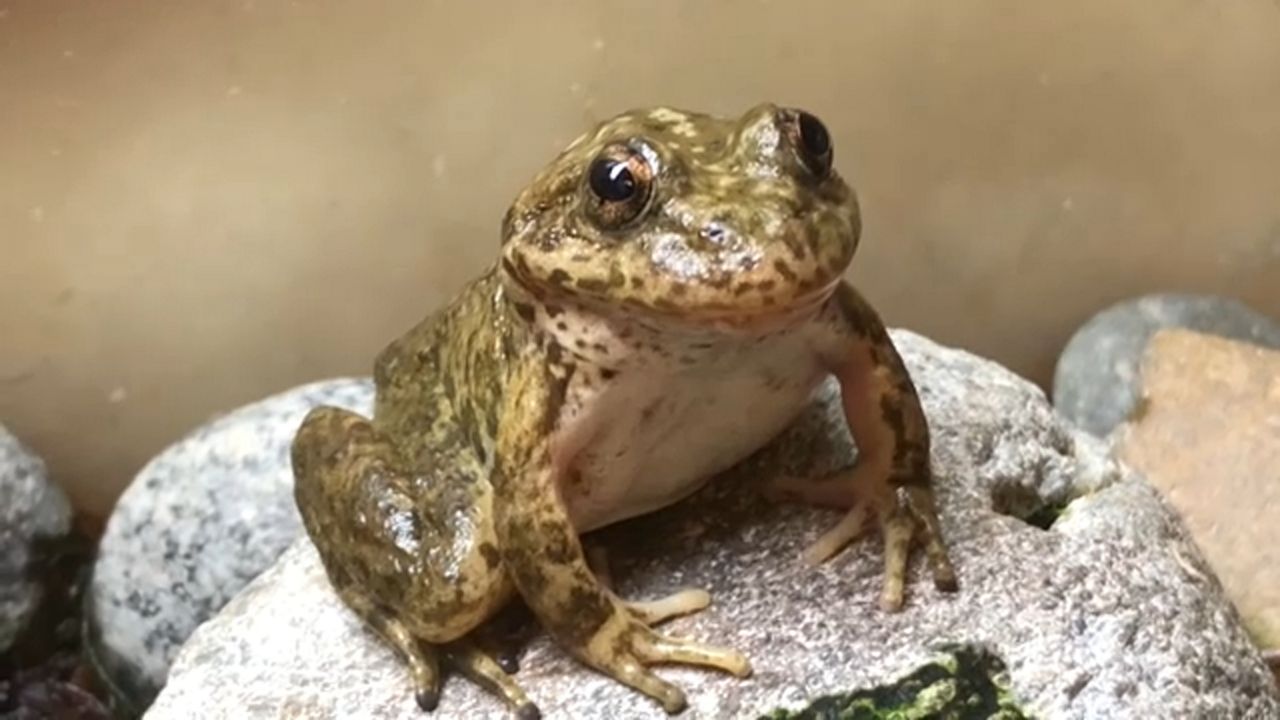 LA Zoo Staff Fighting to Save Local Frog From Extinction

They’re small, speckled and unfortunately endangered. They might have even gone extinct if it hadn’t been for the staff at the Los Angeles Zoo.

Curator Ian Recchio admits growing up, frogs weren’t really his thing. “I’ve always been kind of a snake and lizard guy,” he explains. But lately he’s all about the Rana Muscosa – or Southern Mountain Yellow-Legged Frog.

The frogs are kept out of public view in a small biosecure breeding room where they lay eggs that grow into tadpoles and tiny froglets – small enough to sit on a quarter.

The adult frogs aren’t all that much bigger. “They’re about maybe the size of an Oreo cookie,” says Recchio.

The effort to save them, however, has been huge.

Chemicals, predators and invasive species had killed off much of the population, with only a few dozen or so left in the San Gabriel and San Bernardino Mountains.Then the Station Fire cleared out the vegetation. One mudslide would have meant total annihilation, so the LA Zoo got permission to capture tadpoles, raise them and start breeding them with the goal of releasing new generations back into their natural habitat.

Recchio says so far it’s been a success. “The Los Angeles Zoo has released more tadpoles back into the San Gabriel Mountains in 2018 than actual wild frogs that existed. This is a big deal.”

Especially since breeding them is no small feat. It takes a lot of time and resources to get it right. So why do it?

“This is Los Angeles’ frog,” Recchio says. “This is an animal that has the dubious distinction of being one of the most endangered animals in the world and it’s right here in our backyard. Why let something that is unique to southern California just go away?”

Even with all the work being done, Southern Mountain Yellow-Legged Frog is by no means out of the woods. It remains on the endangered list on both the state and federal level but Recchio has every intention of keeping it on the planet. He says the zoo will continue breeding them in the hope that someday, maybe 10 years from now, they’ll make the leap off the endangered list.