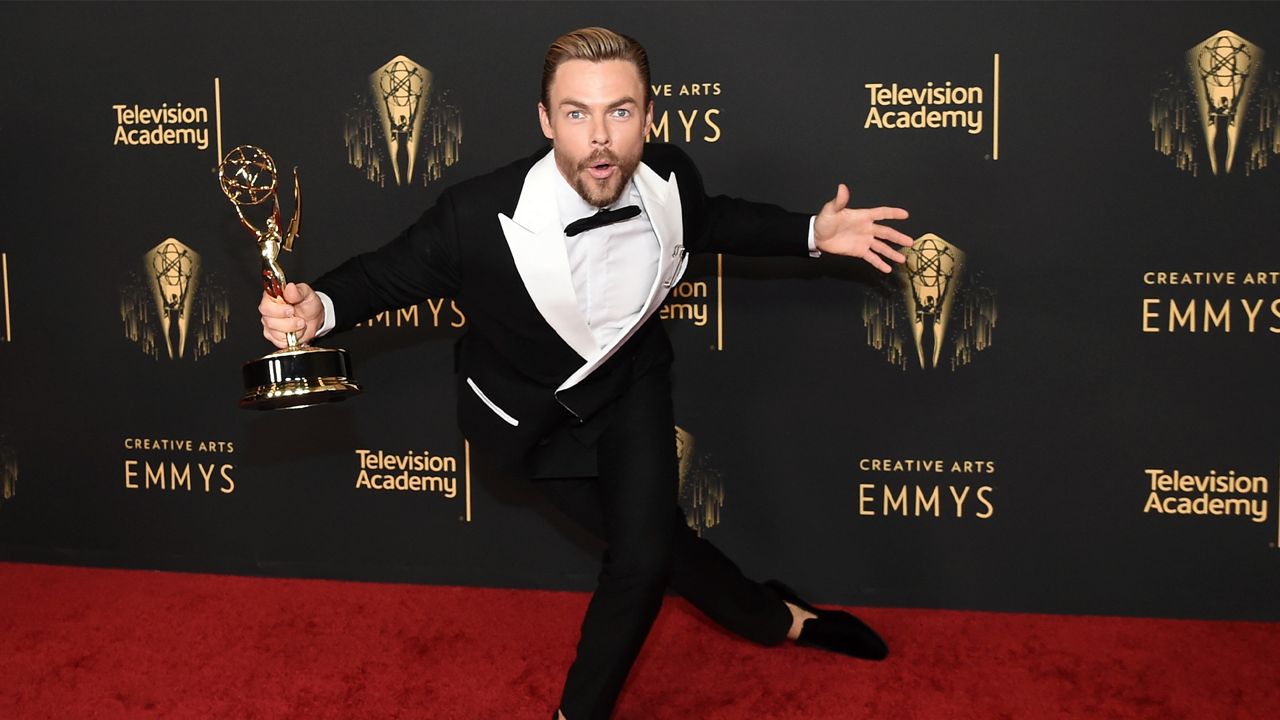 Derek Hough, winner of the Emmy for outstanding choreography for variety or reality programming for the "Paso Doble-Uccen / Tap Dance - Let's Fall in Love for the Night" routines in "Dancing with the Stars" at the Media Center during the third ceremony of the Television Academy's 2021 Creative Arts Emmy Awards on Sunday, Sept. 12, 2021, in Los Angeles. (Photo by Dan Steinberg/Invision for the Television Academy/AP Images)

On Sunday night, choreographer Derek Hough won the Emmy for outstanding choreography for variety or reality programming for the "Paso Doble-Uccen/Tap Dance - Let's Fall in Love for the Night" routines on "Dancing with the Stars."

It was one of two Emmy nominations he received this year, the other for a Disney project he worked on.

This marks a third Emmy win for Hough, who is an 11-time nominee, making him the most nominated male choreographer in Television Academy history. But this year was different with art he created during the pandemic being recognized.

It was also a time he tried to help how he could.

“Last year my goal was to bring entertainment, joy during a difficult time. The sing-along, dancing in the house, 'DWTS,' trying to bring a little bit of creativity, a little bit of joy into people’s homes,” he said.

As for the competition around awards shows, Hough takes it all in stride.

“My background in what I do, I compete. I was a competitive dancer when I was 12, before 'DWTS.' For me it was always about dancing to compete, to be judged," he said.

The Emmys are the beginning of a busy time for Hough. The 30th season of "Dancing" premieres on Sept. 20 and his Vegas residency opens two days after that. He's on the sidelines as a judge this season, so some of his fans are wondering: Will his career have a full circle moment with him retuning to the dance floor as a pro?

“As the great philosopher Justin Bieber once said, 'never say never,'” he said.