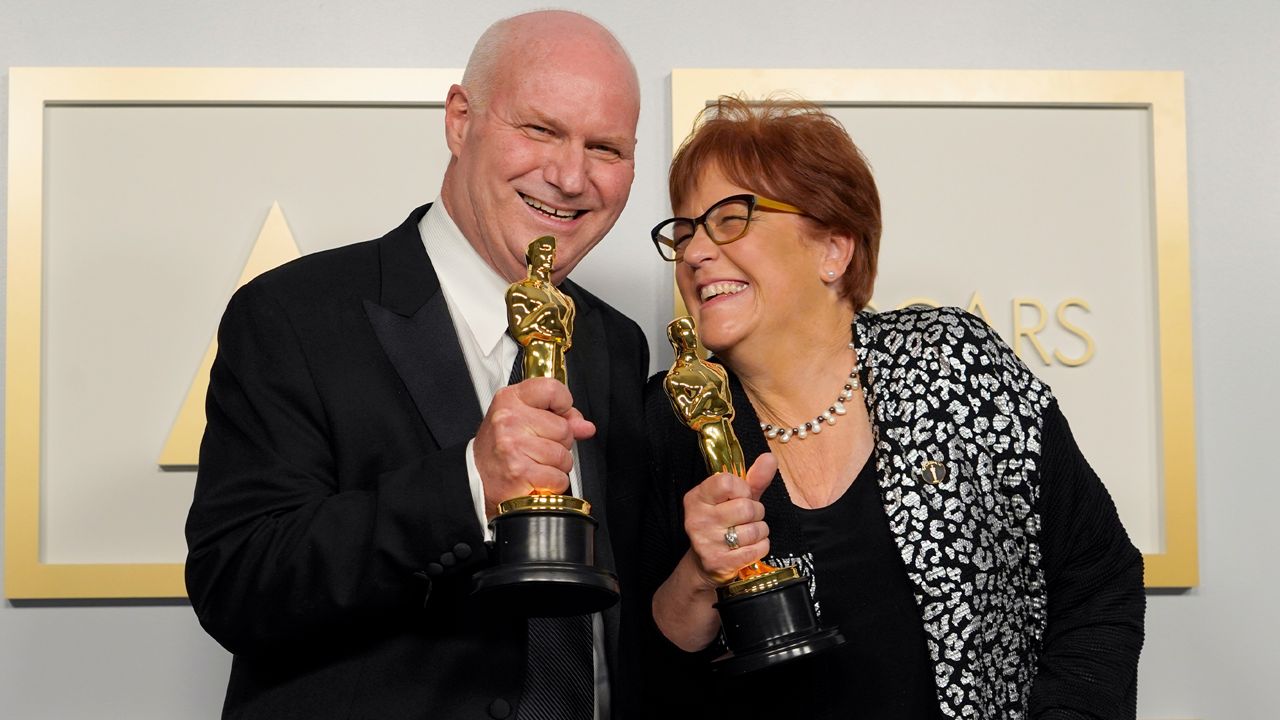 Donald Graham Burt, left, and Jan Pascale pose in the press room with the award for best production design for "Mank" at the Oscars on Sunday, April 25, 2021, at Union Station in Los Angeles. (AP Photo/Chris Pizzello, Pool)

LOS ANGELES — Winning an Oscar specifically for recreating old Hollywood is something special for anyone in the industry, which is why Sunday night felt like a dream for "Mank" production designer Don Graham Burt, who took home the Best Production Design Oscar, along with his partner, Jan Pascale.


Burt brought Hollywood 1930s to life for "Mank," the story of screenwriter Herman J. Mankiewicz and his time spent writing the cinematic classic “Citizen Kane.” It was the most nominated film at this year’s Oscars, and it was actually Burt's production design — the intricate and authentic sets he created — that was the most buzzed about aspect of the film.

Burt created this film with director David Fincher. The duo has had six successful previous projects together, including "The Curious Case of Benjamin Button," which earned Burt his first Oscar. But there’s something about this latest project that stands out for the prolific production designer.

“To just do the research on it was enough, and then to be a part of executing it and doing it with a director like David Fincher, I think it was the pinnacle of my career,” Burt said.

Burt is now a two-time Oscar winner but is still just a former janitor from Kansas who just turned 40, now living in Los Angeles. He loves LA and has never appreciated it more.

"Doing anything historical, especially in LA and the film industry we work in, it was such a joy," he said. "That was the reward really."