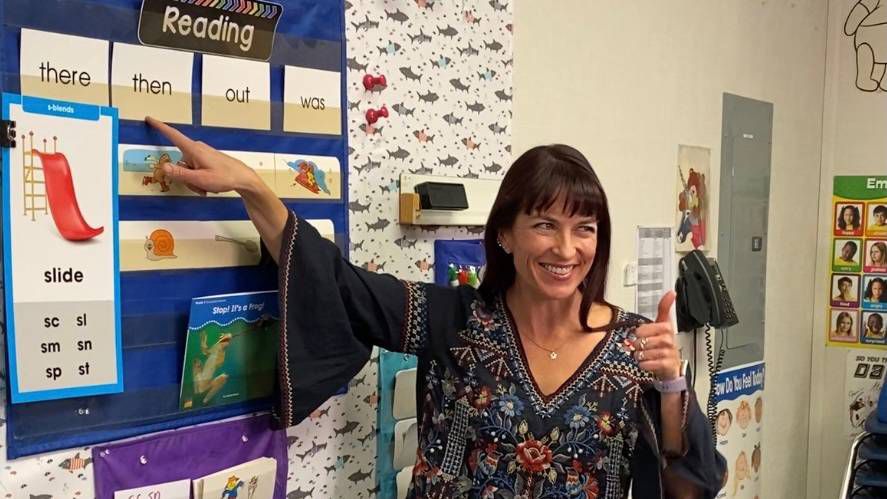 Reagan Duncan is a part of the Vista Teachers Association and said she and her colleagues are struggling to keep students engaged while being confined to a virtual screen.

Vista Teacher Hopes for Changes in Education Under Biden Administration

VISTA, Calif. — President-elect Joe Biden has announced key members of his economic team — which is meant to help restore America’s economy amid a pandemic — as he works to fill key roles for his administration.


At the same time, some California teachers are watching closely for whom Biden will nominate as U.S. Secretary of Education.

Duncan is a part of the Vista Teachers Association and said she and her colleagues are struggling to keep students engaged while being confined to a virtual screen. On top of Duncan’s pandemic challenges, her biggest concern comes from schools not having enough federal grants to buy COVID-19 equipment and gear in order to reopen schools as safely as possible.

Secretary DeVos wanted to allow families to use education federal funding elsewhere if local public schools refused to open during the pandemic. DeVos also proposed canceling Pell Grant Surplus and subsidized student loans this year, which are meant to help students cover interest while they are enrolled in college.

The contrasts between the current and upcoming administration’s views are stark. In July, then candidate Joe Biden, said he would replace DeVos, a millionaire businesswoman, with an educator.

“Whether a former educated or a current educator,” Duncan said. “That’s the most wonderful thing that we can do, to have someone there who understands the struggles and who understands what free-and-reduced lunch means to our students and knows that you can’t take money away from that pot, that it takes food out of our children’s mouths.”

“There are kids that come to this school who I know the only meals they get are the meals they eat here,” Duncan said.

For Duncan, she’s wary of whether Biden’s administration will be able to follow through with their promises. She said she knows there are hurdles, like whether Biden would be able to garner both support from Congress and money for any changes.

Duncan said, no matter the politics, she is excited for the first lady, Jill Biden, to be, as Biden put it: “One of your own in the White House.”

Duncan said she hopes the potential for more public school funding under a Biden administration will ensure students like low-income or immigrants to feel and stay included and taken care of, especially in California.