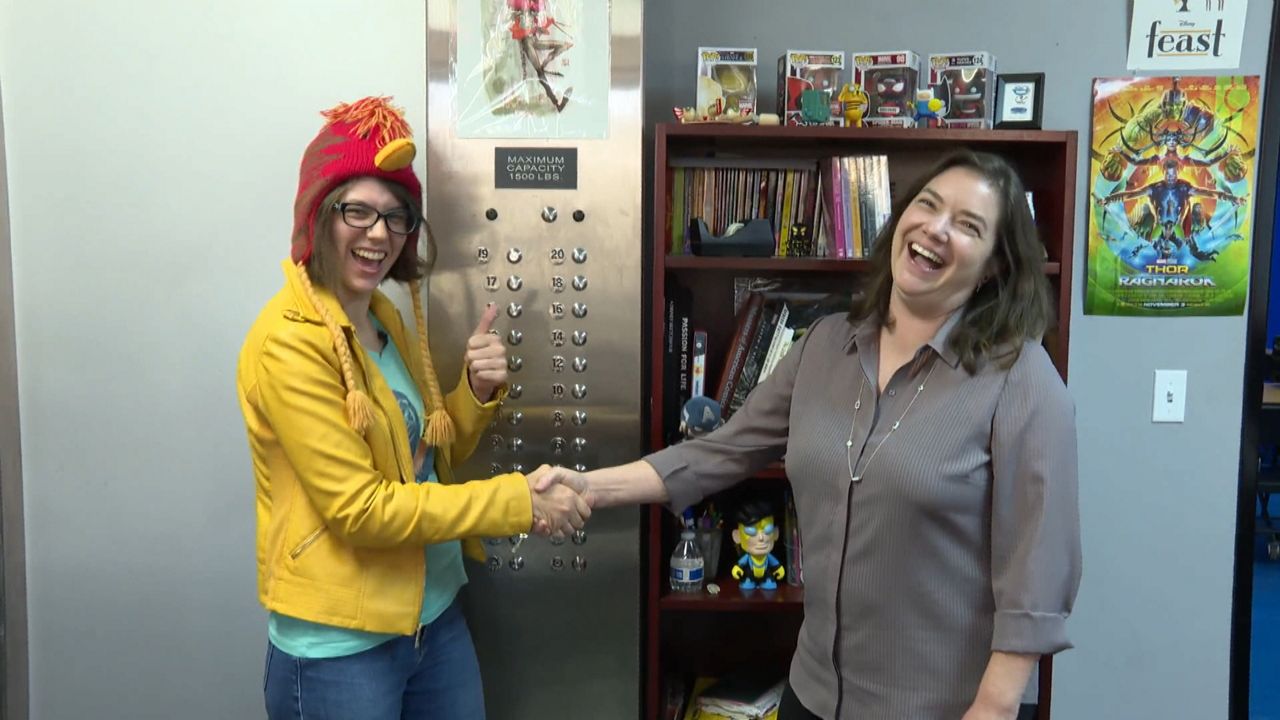 Kate Jorgensen doesn’t fit the profile of someone with autism.

“I love this guy!” she says enthusiastically as she walks around the room looking at the projects of her classmates.

She’s not stereotypically quiet or socially awkward. She also doesn’t shy away from attention like many people on the autism spectrum… her collection of knit hats are hard to ignore.

“All the hats help me with a sensitivity issue and when things get too loud for me,” she says.

Only one in 189 girls is diagnosed with autism, compared to one in 42 boys. As a result, many girls go misdiagnosed or completely undiagnosed for years.

Jorgensen spent most of her childhood and teen years going from doctor to doctor with none of them being able to explain her “odd behavior.”

It wasn’t until one doctor observed that she exhibited just a few of the behaviors of some of his patients with Asperger's. So he had Jorgensen take a special test. His intuition proved correct. The issue all those years was that girls with autism have different behaviors than boys do, so doctors don’t see the signs in most girls.

Jorgensen is also very unique in that she is on her way to having a job, when 85 percent of college grads affected by autism are unemployed.

“If you asked me two years ago, would I be happy for one thing, being able to do something that I love, and have a career in the future, I would have laughed in your face. I would have been like 'no way,'” she says as she creates a new animated character on her computer screen.

Jorgensen is a second-year student at Exceptional Minds in Sherman Oaks, a non-profit vocational school and working studio for young adults with autism who are pursuing careers in animation and visual effects.

She is learning skills that have gotten fellow autistic graduates of Exceptional Minds jobs at major studios all around town. Jorgensen already has an internship at the Cartoon Network on her resume.

“It was my first foray into the professional world.”

The students here also take classes to develop their social and communication skills, which include nailing their "elevator pitch."

“Hi, my name is Kate Jorgensen. And I’m a student at the Exceptional Minds school,” she says.

Many young people on the autism spectrum like Jorgensen are taking charge of their diagnosis, and their lives. And they are turning something that used to be considered unusual into something exceptional.