LOS ANGELES — To say that Joe’s Cafe in Granada Hills is busy is a bit of an understatement.

These days, it’s not unusual to see owner Joe Wetherbee prepping orders in the kitchen himself.

“We’re really busy, and it’s been tough because the people still want to come out, but we don’t technically have the amount of staff that we need,” he said.

When restaurants like his were allowed to reopen, Wetherbee couldn’t get enough of his employees to return to work. He remained closed until he was able to hire new people but still has openings.

"For the first time in my 20 years being in restaurants, this is the first time that I don’t have a stack of resumes or anything like that," he said. "We’re actually going out and trying to find people. That, we’ve never had to do before."

That demand made it easier for people like Ashlee Jones to get a job. She says within a week of her interview, she was already working as a host at Joe’s Cafe.

"The manager that hired me on was like, 'We’re really needing people to work. We barely have enough people to stay open.' That’s why they had to close down,” she said.

According to the California Restaurant Association, there are several reasons why workers are reluctant to come back. They include lack of childcare and unemployment benefits.

On Monday, federal funding for extended unemployment benefits come to an end.  While Wetherbee says while he’s been able to get enough people to reopen, he’s hoping he’ll see an increase in applicants now that enahnced jobless benefits are drying up. 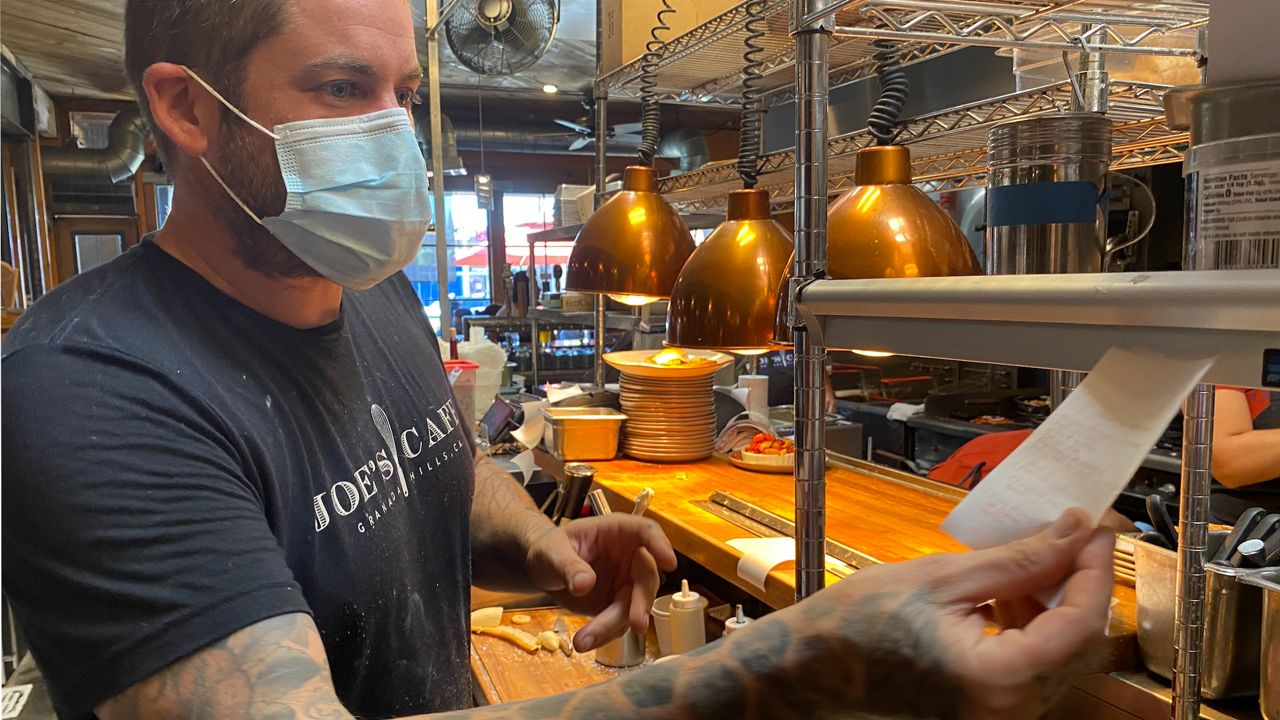