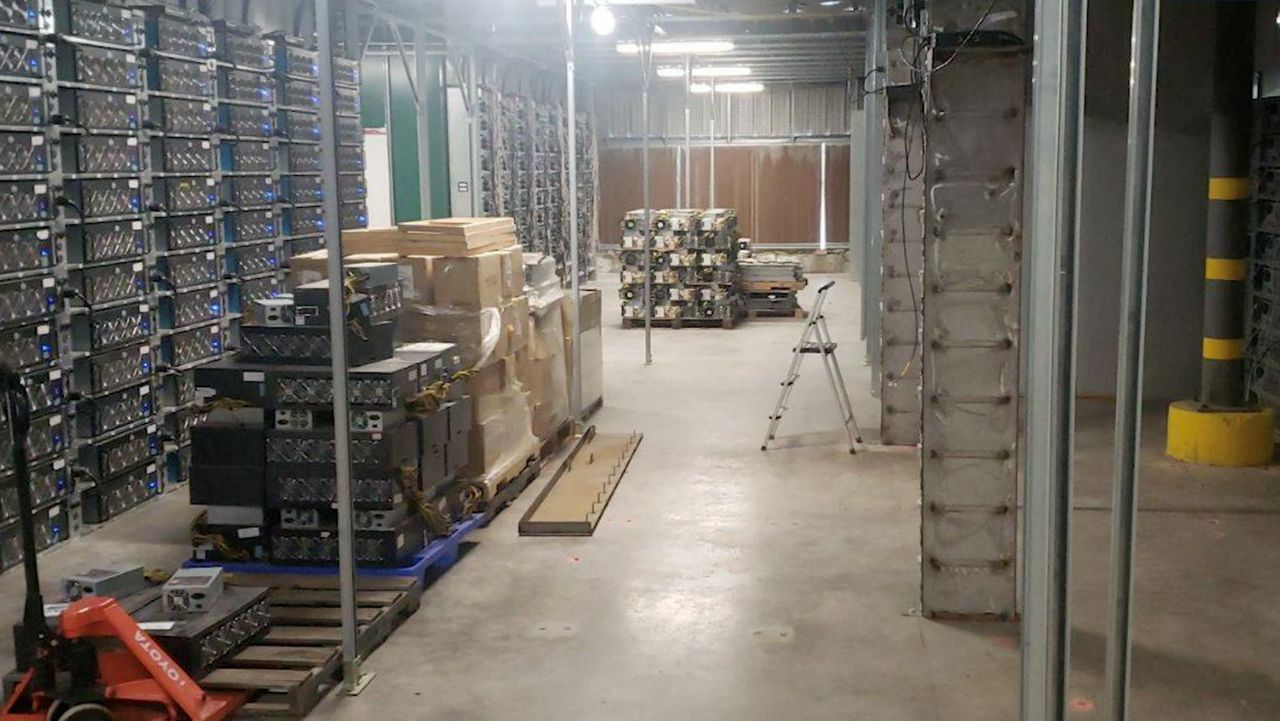 What is Bitcoin mining? SoCal miner explains the process

"I put on my hard hat and grab a pick and shovel and go to work," Yasar said jokingly. "No. Basically, you're the accountant for the Bitcoin blockchain network."


Bitcoin mining is the process of verifying blocks of bitcoin payments and adding those transactions to a massive public ledger.

Yasar was recently in his home country of Turkey, which took steps to try to ban Bitcoin before reversing course. He lives in Los Angeles most of the time but travels the world educating people about Bitcoin and has a mining operation in Canada consisting of about 1,200 computers.

"When I first started mining, I could mine a lot of bitcoins on a simple PC computer," Yasar said. "Now you need thousands of computers to verify one block."

The mining operation looks like a data center. People don't sit behind the computers. Instead, the computers do the verification work autonomously and are programmed to solve increasingly difficult cryptographic puzzles to verify transactions.

Yasar explained how the puzzles generated by the bitcoin software are extremely difficult to solve, using lots of computing power pooled together. Miners also compete against each other to solve the puzzles because the reward is a certain number of new bitcoins.

"It would probably take a person millions and millions of years to solve one puzzle," Yasar said.

Once a mining computer solves the cryptographic puzzle, it's easy for the Bitcoin network to verify the answer and approve that block of transactions to be added to the shared ledger. There has to be consensus from the network, which provides the decentralization of Bitcoin.

Once you find the code, it's easy to verify that the combination was correct because the lock is now open. That's essentially how Bitcoin mining works.

And the pseudonymous programmer, Satoshi Nakamoto, who invented Bitcoin, wanted to ensure the supply can be capped to prevent inflation. He created digital scarcity. There will only ever be 21 million bitcoins, and the last one is expected to be mined somewhere around 2140.

"Something that can't be overproduced or suffer a supply expansion is more devaluation-proof. Do you know how much the U.S. dollar in your pocket has been devalued in the last five to ten years? Do we even think about it?" Yasar said.

Critics of Bitcoin say it's a massive, speculation-driven bubble, one that could never overtake or substitute fiat, also known as government money. And there is also a concern about energy consumption, as USC economics professor Dr. Larry Harris explained.

"My understanding is they're consuming about three-tenths of a percent of all electricity produced in the entire world," Harris said. "So that cost has to be borne by the people using bitcoin, and that makes bitcoin very expensive. There are a lot of losers in Bitcoin."

A bill introduced in the New York state senate is even seeking to halt Bitcoin mining for three years until the state has assessed its impact on the environment.

Yasar noted that he's concerned about energy consumption as well but feels the technology shouldn't be singled out.

"I'm supportive of all those conversations," he said. "I think where I may differ in opinion and approach is let's look at other industries and other activities that are consuming industrial level and scales of electricity and energy and see if we can have a global and across-board approach, as opposed to saying Bitcoin is horrible for humanity and should be destroyed."

Yasar added that he supports green energy sources for mining, which are actually more profitable for the miners. This is because the lower the cost of energy, the more profit they make when generating new bitcoins.

But more importantly, Yasar feels Bitcoin presents the opportunity for a more sustainable financial network. One that he sees as an open-source alternative to a monopoly global monetary system run by banks and politicians he doesn't necessarily trust to preserve the value of his money.