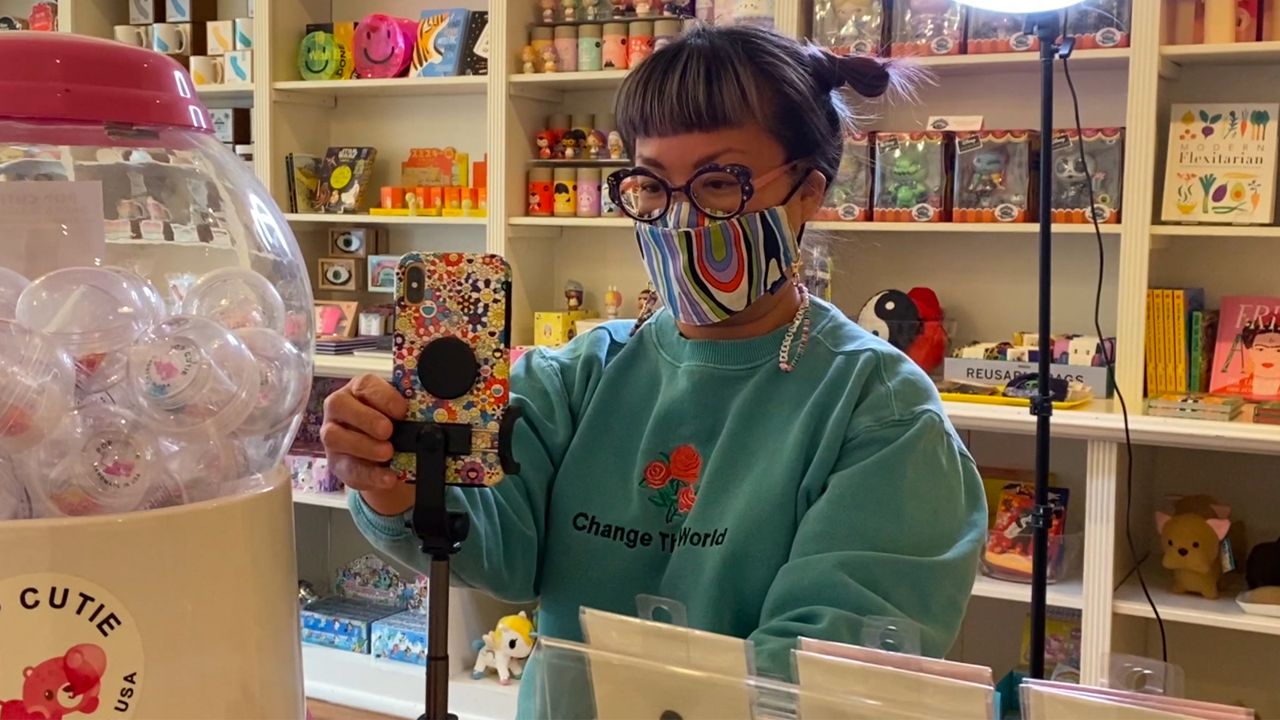 Livestream Shopping Takes Hold in US During Pandemic

“I’ve always wanted to have a store filled with things that I love and appreciate, “ said Lin. “So I’m like, it’s like an ‘Alice in Wonderland’, a ‘Leanna Lim’s Wonderland.'"

Lin has been in business for 10 years, establishing a loyal local customer base that helped her survive the first few months of the pandemic. But after Mother’s Day last year, her sales dropped by 50%. She says sales usually slow down around that time every year but not by that much.

She was worried what would happen during the holidays.

“Fourth quarter is always very good for me and to be honest, it’s a make or break for me because we are a gift shop,” she said.

Lin spent time the summer updating her store’s website and raising money for first responders by selling masks made by her friends in the fashion industry.

She also took part in a growing trend called livestream shopping that helped sustain her sales. Lin signed up for an app called Popshop Live, allowing her to engage with customers over live video as she showed off items in her store using her phone.

“When you’re stuck at home, nothing to do or you’re scared to even go to your local shop, this is a fun way to shop and discover unique, new brands,” she said. Livestream shopping made up for the in-store and online sales she lost last year plus she saw a 15% bump in sales over the holidays.

This trend is not only helping retailers during the pandemic, it’s changing the way we shop according to Aaron Levant, CEO of NTWRK, a livestream shopping platform that launched in 2018 and attracted millions of viewers.

“All online platforms had about 10 years of progression in a six-month period so you see the trend in online grocery, online e-commerce. Like, people in my family who never ordered anything online were forced during this period,” Levant said. “So with every major shift in an economy or like the 2007 crisis, you see massive shifts in people’s behavior. They are open to trying or even forced to trying new things.”

Shoppers can login to the NTWRK app and watch an artist, designer or influencer connected with the product — often a limited-edition item — shown on live video. Levant says they showcase three products a day and mostly appeal to a Gen Z and Millennial audience but it’s expanding to others, too.

Livestream shopping has been huge in China for several years and the U.S. has been slow to catch on. The industry generated about $63 billion in sales in China in 2019, compared to less than $1 billion in the US according to Coresight Research. However, the trend is growing quickly in the U.S. during the pandemic.

“I think it would have been a five-year build if it wasn’t for the pandemic. I think this now a two or three-year, mass market adoption for live video shopping as a whole and particularly for our company,” he said.

As for Lin, she’ll keep hosting about two livestreams a month. She’s surprised by how well it has turned out. “I have new customers that are super loyal and have fun doing it,” Lin said.