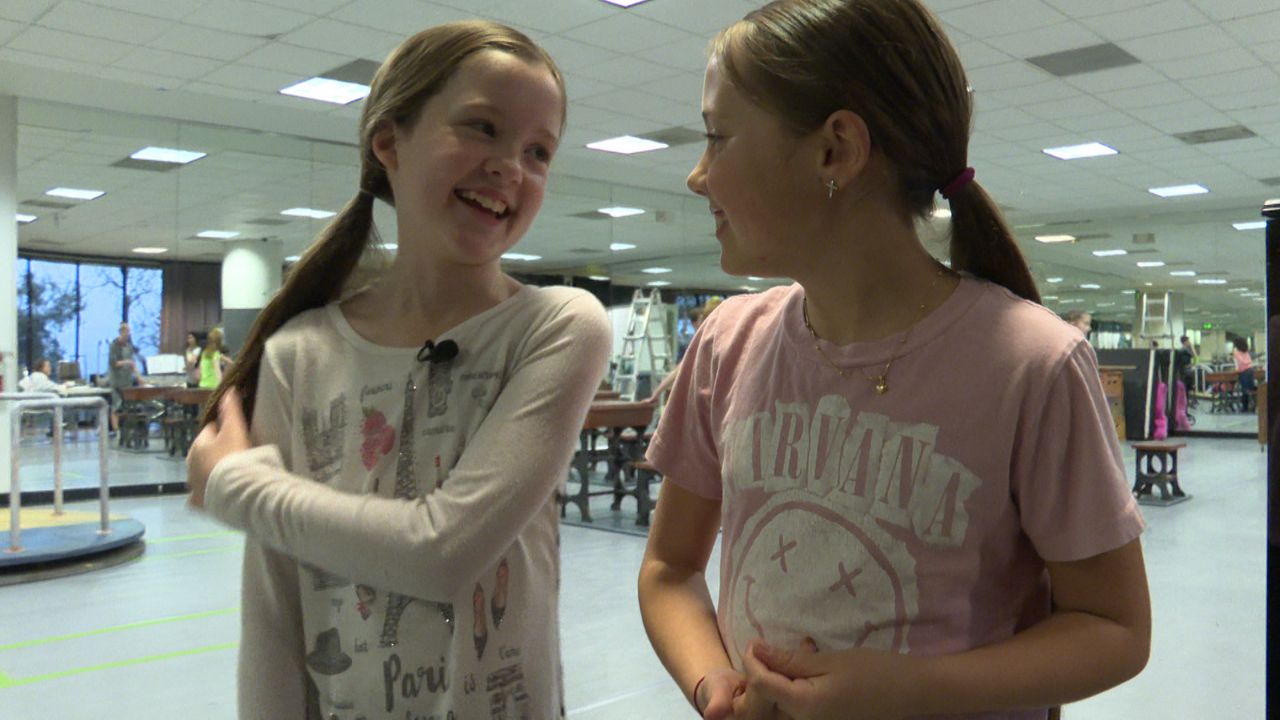 Olivia Marcum is playing the title role in the musical Matilda. So is Lucy Bollier. The two 10-year-olds didn’t know each other before the production but have become instant friends, bonding through beatboxing, a secret handshake, and of course they’re favorite musicals.

Both girls, one from Topanga, the other from Westlake Village, are also newcomers to the stage landing what Director Lewis Wilkenfeld calls "the hardest role for young people I’ve ever seen in my life.”

It’s a lot of work, for them and for the other revolving children in the cast. The two Matildas rehearse nearly every night of the week, often past bedtime. And then there’s school.

“In the morning it’s a bit hard to get up sometimes," Lucy admits. She's still trying to figure out how to juggle it all. “I really just need to memorize rehearsal things but also I need to study for school.”

Matilda was her first audition, although she’s always loved to sing. It’s in her genes actually. Her great-grandfather was a German opera singer.

The show runs from March 22 to the 31st and the two girls will take turns playing the title role. Each of them sees a little of themselves in the character they share.

“She’s smart but she’s still like mischievous at the same time and I’m a bit mischievous," explains Lucy

“Sometimes I get upset and I feel like I have to put things right, too," Olivia says, noting one big difference between herself and Matilda, “I didn’t have telekinesis.”

The young actresses may be a lot alike but Artistic Director Patrick Cassidy says don’t expect them to turn in cookie cutter performances.

“Olivia is her own Matilda and Lucy is the same," he says. "Very different and yet both equally wonderful in the role.”

5-star Theatricals’ production is the first production of Matilda to be mounted in the region and Cassidy say the timing couldn’t be more perfect. “It’s about a girl who has incredible powers that can change the world."

And who better to lead the charge than two tiny, talented 10-year-olds?