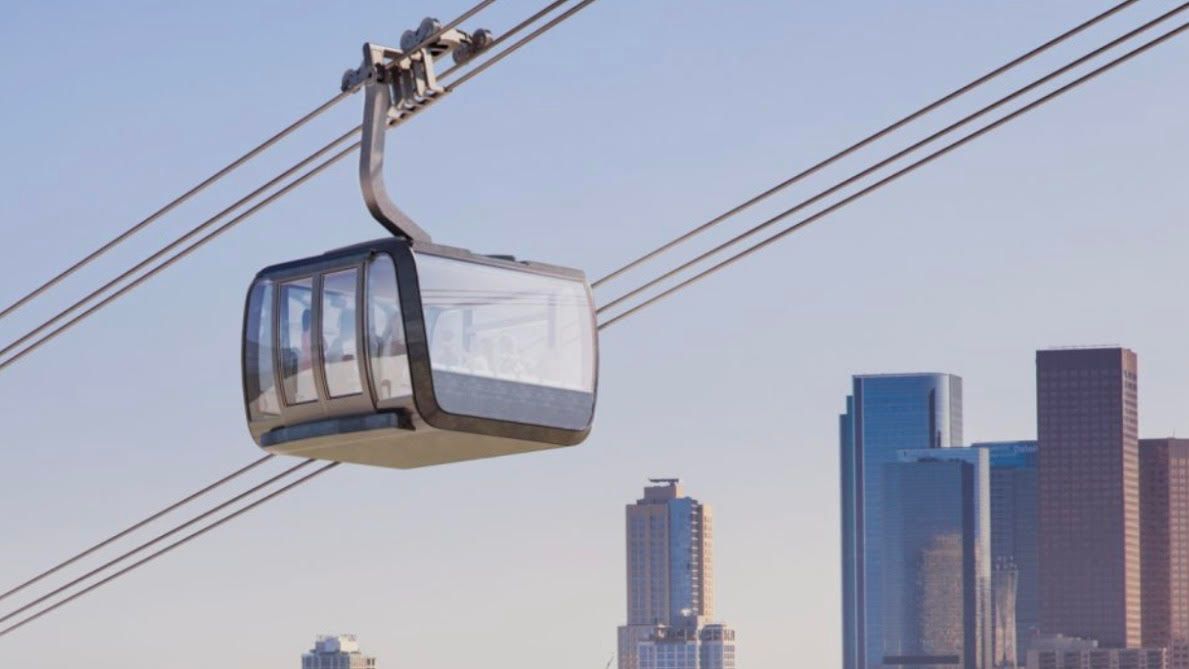 Dodger gondola could be built in time for 2028 Olympics

LOS ANGELES — When the city of Los Angeles first proposed an aerial gondola that would transport people between Union Station and Dodger Stadium by air, it seemed like science fiction. For a population more accustomed to trains, planes and automobiles, it just didn’t seem possible to build such a futuristic new form of public transportation — and to do it in time for the 2028 Olympic Games. But it’s looking more likely.

In October, Metro released its draft Environmental Impact Report to assess the pluses and minuses of the so-called Dodger Gondola. Open for public comment through mid-January, the report is expected to be approved in 2023, clearing the way for construction.

“The way to fix our transportation issues in Los Angeles is by giving people choices, and the gondola is just one of those additional choices to help people out as they go to one of the most popular sites in California,” said Jonathan Parfrey, executive director of the nonprofit Climate Resolve, which is developing the project with its subsidiary Zero Emissions Transit.

Expected to be completed by 2027, LA’s new Aerial Rapid Transit system would be able to whisk people from Union Station to Dodger Stadium in a mere seven minutes, shuttling as many as 5,000 people per hour in each direction. The ART, as it’s called, works with a system of aerial cables that connects the two hubs and enclosed cabins that ride along those cables. Each wheelchair-accessible cabin can accommodate up to 40 people.

The ART is expected to be able to move 20% of Dodger fans on game days. Metro already operates a shuttle bus between Union Station and Dodger Stadium on game days, but there is no permanent public transportation option that connects the two venues. Ticketholders will be able to ride the gondola for free. People who use the system to get to Elysian Park at other times will most likely pay a fare similar to what Metro charges for its other modes of transit, which is currently $1.75 for a one-way trip.

Parfrey expects the gondola to cost at least $150 million and take about two years to build.