Rendering of bidirectional bicycle lane on Sunset Blvd. (Photo courtesy of Sunset 4 All)

LOS ANGELES — With Los Angeles just a few days into another stay-at-home order, the struggle is even more acute for small businesses and restaurants that have already seen sales plummet due to COVID. Hope has been hard to come by, but for some shops, it’s arriving on two wheels.

“When the pandemic started, a lot of our longer-term programs that were in person got postponed or just went away, so we felt like we needed to create a rapid response plan to support cycling and to support our local businesses,” said Eli Akira Kaufman, executive director of the Los Angeles County Bicycle Coalition.

The group’s solution: Bikes Mean Business, an initiative with the LACBC neighborhood ambassador group, Sunset 4 All, to drive hundreds of bicycles to locally-owned restaurants and shops along Sunset Blvd. On Thursday, the beneficiary will be the Chicago-style deep dish pizza restaurant, Masa of Echo Park. Cyclists call to place an order, say “bikes mean business” to receive a discount when they pick it up and pedal home.

“We’re just trying to get by right now,” said Masa of Echo Park’s General Manager, Brandon Proulx. Like many restaurants serving comfort food, Masa did well in the early days of the pandemic, but sales at the 16-year-old pizza parlor have declined as the pandemic’s worn on.

Thursday’s Bikes Mean Business is the second to benefit Masa. The first, in May, drew more than 200 individual cyclists on a Wednesday. 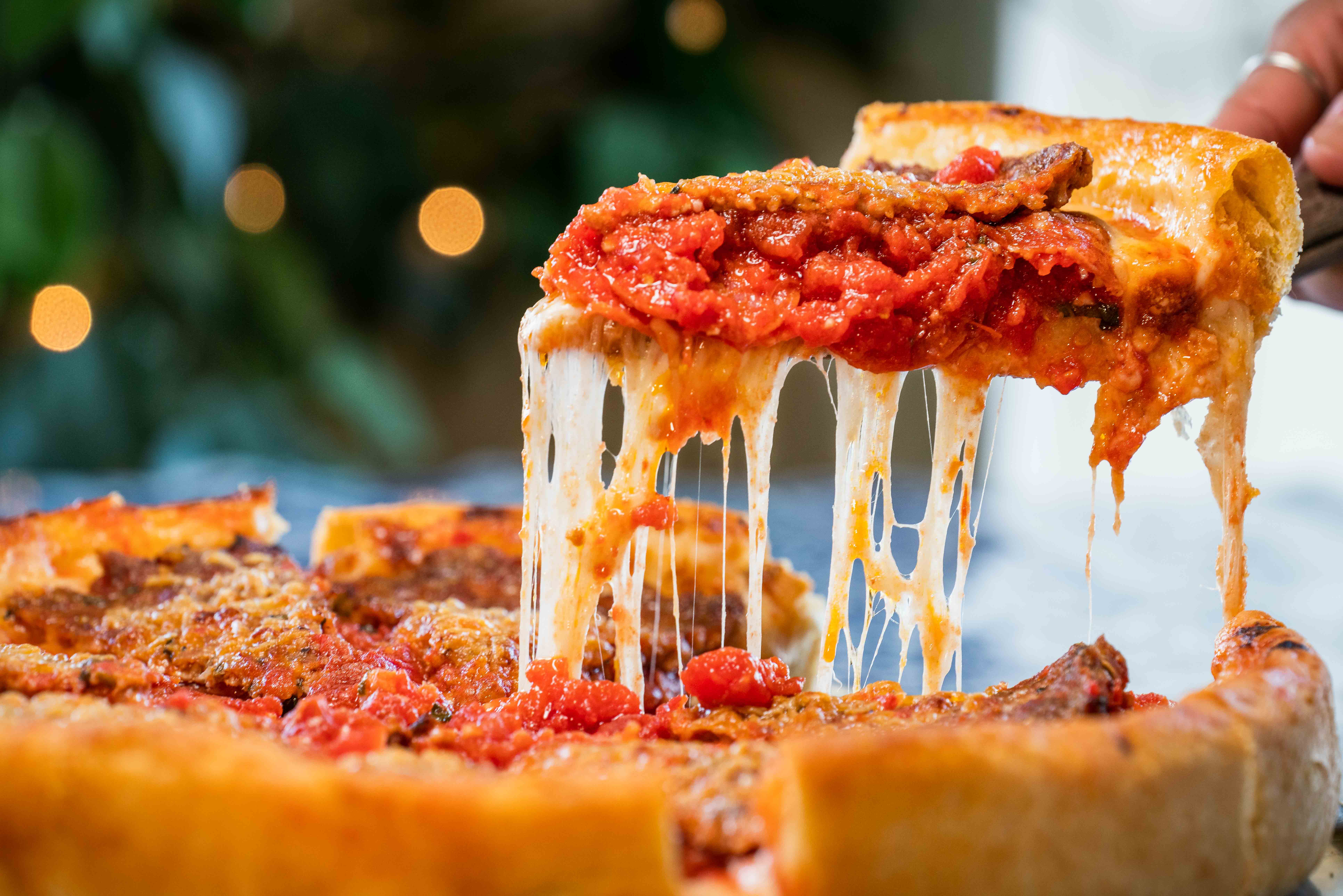 In the months since, Bikes Mean Business has supported more than a dozen small businesses that have needed to reduce shopping capacity and restaurants that can no longer provide on-site dining and are restricted to takeout and delivery. Among the businesses it has helped so far: Sage Plant-Based Bistro and Brewery in Echo Park, the Los Feliz women’s boutique Matrushka Construction, and the Tomato Pie Pizza Joint in Silver Lake.

“Pizza has a really strong turnout,” said Zach Bailey, a bike ambassador with Sunset 4 All.

The community group was formed to advocate for safer streets along the corridor of Sunset Blvd. that runs between Los Feliz and Echo Park—specifically, the stretch between Fountain Ave. and Dodger Stadium. Sunset 4 All is advocating for a bidirectional bicycle lane on one side of the street to allow better protection for bicycles while keeping all lanes of traffic for cars.

By supporting local business, Bailey said the group hopes to show shops and restaurants that bike lanes can increase, rather than diminish, sales, even if the addition of bike lanes may reduce some vehicle parking.

Bikes Mean Business, he said, is a win-win for the restaurants that need more customers and the bicycling community that could use their support.

“We’ve been having a tough time with local businesses seeing the immediate value in the bike lanes,” said Bailey, adding that Bikes Mean Business allows his group to walk the talk. “Let’s support our businesses, support communities, and show them that bikes turn out.”

Because of social distancing, the bicyclists show up individually, not in groups.

“It’s more of a collective ordering,” Bailey said. When cyclists place or pick up their orders, they simply say, “Bikes Mean Business.” They also use Twitter and Instagram to share pictures and tag their posts “so there’s a sense we’re all doing it together, only digitally.”

“The whole angle on LACBC this season is how do we meet the needs of the most vulnerable members of our community who’ve been the most deeply affected by the pandemic plus the economic crisis,” he said. “We’ll be doing Bikes Mean Business well into the quote unquote recovery period.”