The 86-year-old Jarrín has been calling Dodger games since 1959, the team's second season in Los Angeles after moving from Brooklyn.

Jarrín received the highest honor for a baseball broadcaster, the Ford C. Frick Award, in 1998. It is presented annually by the Hall of Fame to a broadcaster for "major contributions to baseball." Jarrín was the second Spanish-language broadcaster to receive the award.

Mayor Eric Garcetti was among those who spoke at the ceremony.

"For 64 years, Jaime has been a champion ... in his profession." He added, that Jarrín "has broken barriers for Latinos, particularly here in Los Angeles."

Garcetti gave out his fourth key of the city as mayor to Jarrín, and dedicated the day in his honor.

"He inspired generations of Angelenos and others to become and to remain lifelong Dodger fans."

"It gives me great pride to announce that while he will no longer be broadcasting games, he will continue to represent the Dodgers as a part of our family for years to come," Kasten said. Kasten announced that he was renaming the booth where Jarrín worked as the "Jaime Jarrín Spanish Broadcast Booth."

"Jaime was integral in introducing the Dodgers to Los Angeles and in giving a voice to the franchise's Latino stars."

Jarrín began broadcasting at age 16 in his native Ecuador and came to the United States in 1955. At the time, he had not seen a baseball game. Jarrín began regularly attending Pacific Coast League games at Los Angeles' since-demolished Gilmore Field and Wrigley Field from 1955 through 1957 to learn the game.

When the Dodgers moved to Los Angeles following the conclusion of the 1957 season, Jarrin was given one year to prepare to become a baseball broadcaster by William Beaton, the station manager at KWKW-AM (1330).

Jarrín never missed a broadcast from 1962-1984, calling nearly 4,000 consecutive games. The streak ended when Jarrín took charge of all the Spanish-language radio coverage and production for the 1984 Summer Olympics.

Jarrín has called 22 no-hitters, including perfect games by Sandy Koufax in 1965, Tom Browning in 1988 and Dennis Martinez in 1991, along with 30 World Series and 30 All-Star games.

Jarrín was featured in the 2020 Rose Parade as an honored guest of the Pasadena Tournament of Roses, embodying the theme of "The Power of Hope." 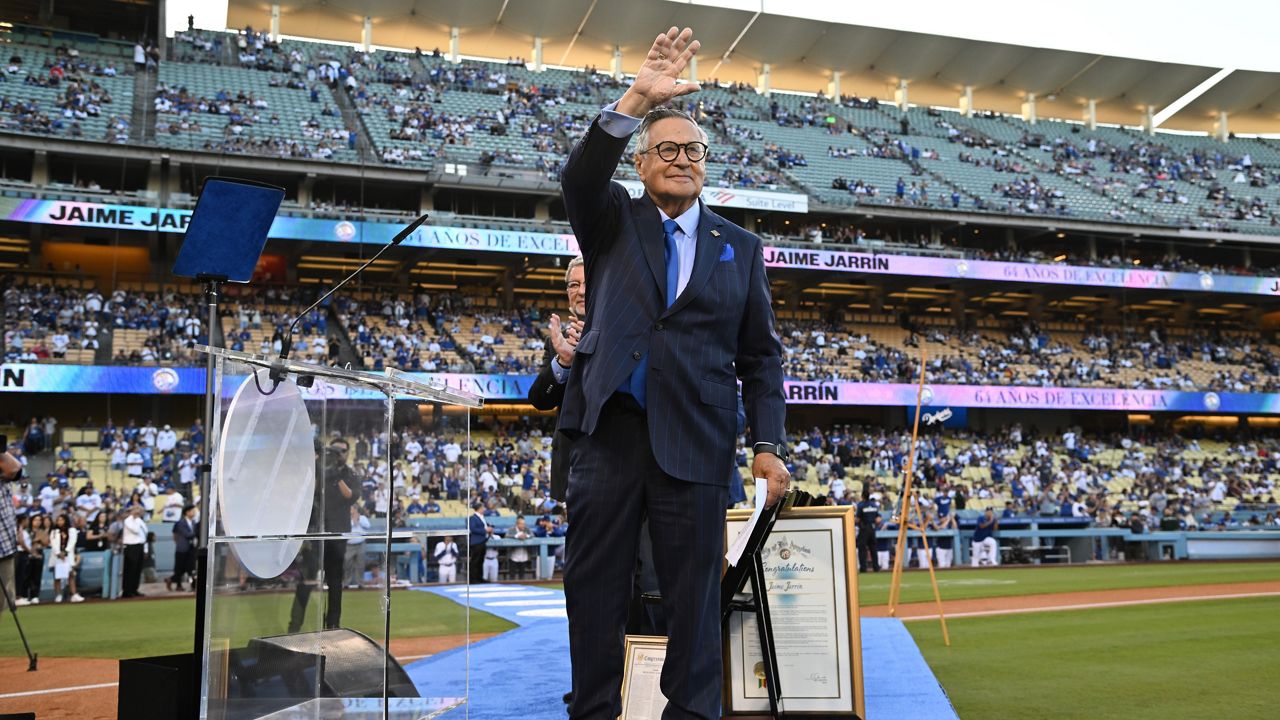