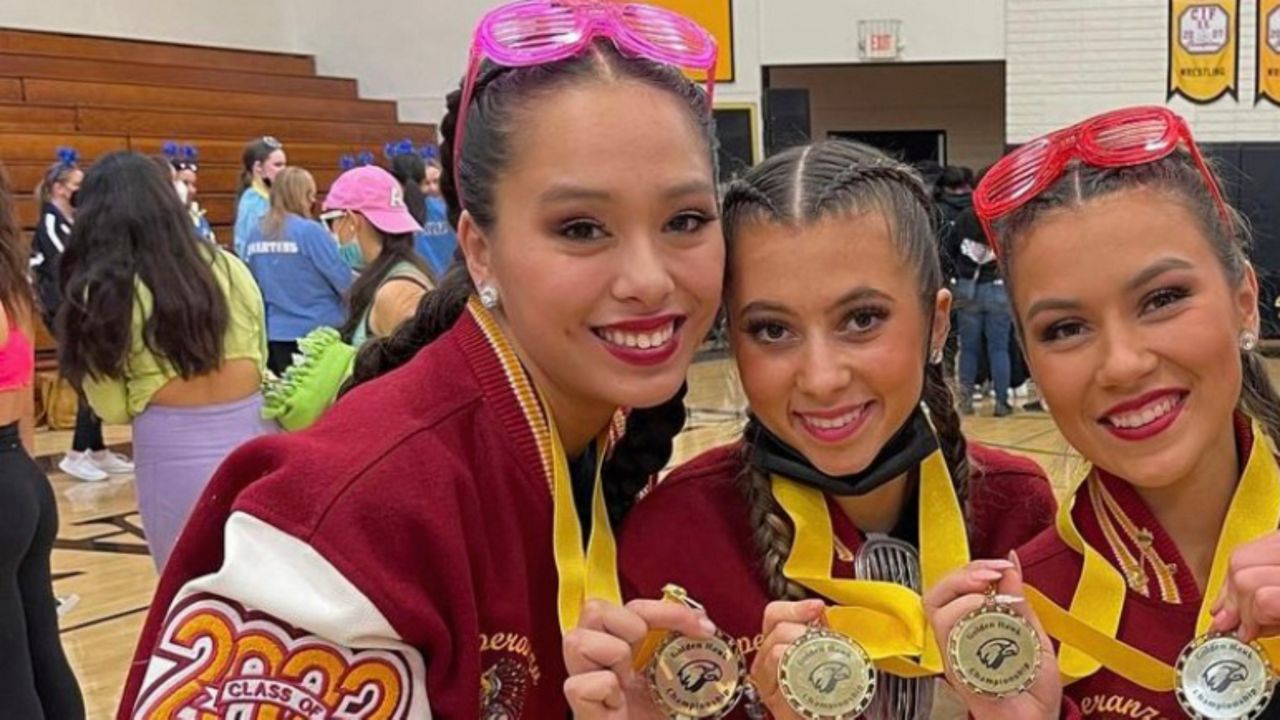 Kaitlyn Lauryn Wilson, left, is a senior at Esperanza High School where she is a captain of the National Championship dance program. (Spectrum News/Kristen Lago)

Esperanza senior dances through all challenges

This type of quiet, almost lost in her own world, style of focus has been the norm for Esperanza High School senior Kaitlyn Lauryn Wilson, ever since she can remember.

“Because I was so shy, I was always just in my books. I used to get in trouble for reading," she said with a laugh. "Homework, I loved homework, and that’s really weird for a kid, but school was just something I always strive to do my best in.”

While that determination never faded, the quiet isn't all there is to Wilson.

If you look closely and listen really carefully, you'll start to hear it — a beat coming alive and a rhythm that will soon take over.

Because to Wilson, while she’s always been more of the shy type, it’s here on the dance floor that she’s truly able to be her full self.

“When I’m dancing, it’s like I’m a whole new personality," she explained. "Me, I'm really kept together and shy until you get to know me, but in dance I really get to express myself and what I would love to say.”

Her dance director Shea Hazelaar said that’s the beautiful thing about the sport. It gives someone like Wilson the chance to shine and to open herself up to others.

“Academically she has always been very strong, but I feel like in terms of being a leader and growing a strong sense of self, that’s where dance has played the biggest role," Hazelaar said, "Especially this year as the captain.”

And it’s a testament to the work she puts in every single day.

As a child, Wilson was diagnosed with neurofibromatosis — a genetic disorder that can cause deformities and learning disabilities.

Instead of slowing her down, she didn’t let it stop her.

“I’ve always been told I can’t do it," Wilson said. "But I like to prove people wrong."

"That’s always been one of my biggest motivations, to prove to people that I’m more than just a simple disorder, I can do more than that," she said. "I can do anything.”

Throughout her high school career, this shy senior has challenged herself to become the best version of herself through dance, through her community involvement in Fullerton Cares and through her passion for the medical science field.

But in her heart, it's always been about dancing.

"Dance really gave me that outlet to express myself without words," Wilson said.