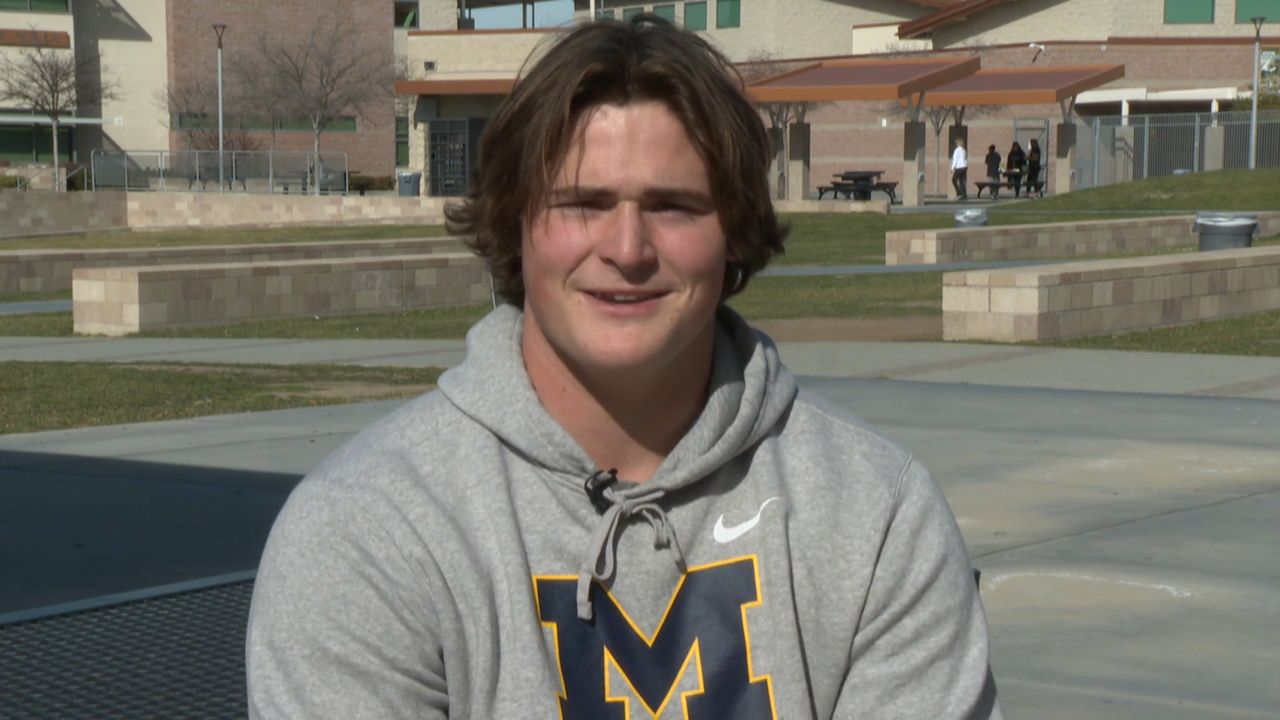 Murrieta Mesa's Cade Moran shines on and off campus

MURRIETA, Calif. — Crowded around a lunch table and surrounded by his fellow students is where Murrieta Mesa senior, Cade Moran, feels most at home.

Unlike a normal class period, this one is special. It's part of the inclusion program at Mesa and represents a chance for Moran to do what assistant principal Lorrie Coleman says he does best: lead.


“It’s what really makes him unique is it’s not about Cade, it’s about everyone around him," Coleman said. "That’s what makes him a good team player, a good student, and just a really great individual.”

It’s a drive that’s always been with the senior. The middle child of three brothers, Moran says he was always doing something growing up, wanting to get involved and to do more.

“I rode bikes, played hockey, lacrosse and was always telling my mom I wanna do something and try something new," he said.

In high school, that translated to the sports field. Throughout the last four years, Moran stood out as a multi-sport athlete. His first love was football, but then he discovered a new passion in track and field.

"All I wanted to do growing up was play football, and then when this happened it was a big shock," he said. "I was like, 'Oh, I can actually go to college for this.'"

And that's exactly what’s taken shape. Moran is the current CIF and state champion in the shot put. Next year, he'll continue his journey at the University of Michigan.

“The biggest thing I can take away is that hard work will get me wherever I need to go," he said. "I know if I work hard at something and put my time and effort into it, it will be good.”


But more so than just helping him develop into a star athlete, Moran's work ethic and personality has made a name for himself on campus as a star individual.

“We’re really about helping kids to pursue their passion and for Cade part of that is giving to others to help make them better," Coleman said.

That's long been the goal for Moran.

“If my name is brought up, I want people to think of not only a good athlete, but [also] a leader on campus, someone who brings a smile to others' faces and can be a friend to anybody," he said.