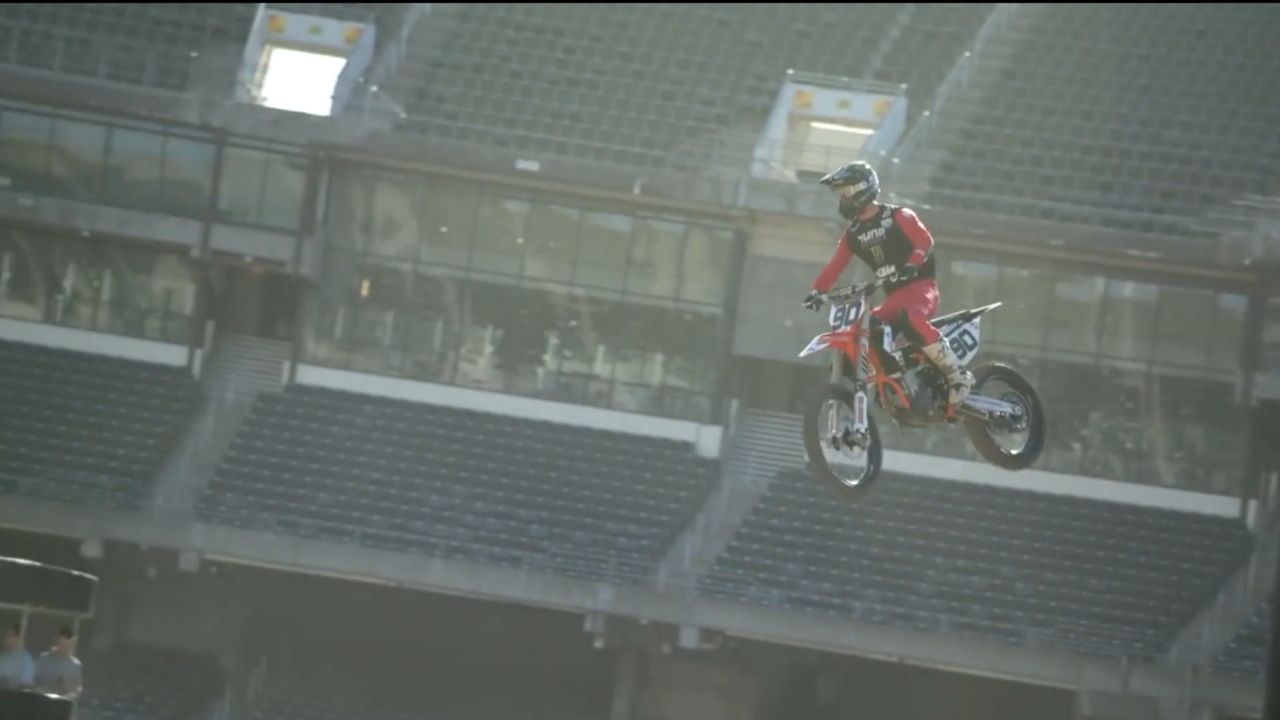 Supercross Comes to Anaheim and Dakota Tedder Is Back on Track

ANAHEIM, Calif. — The best riders in the world are hitting the track in Angel Stadium for round three of the Monster Energy AMA Supercross series.

Dakota Tedder grew up in Surfside and this season, his return to the track is meaningful in more ways than one.

After five surgeries on his right wrist, and missing a full season of competing, the worst damage for Tedder was the kind you don’t see.

“It kind of broke me last year and I didn’t know if I’d ever race again,” said Tedder. “Everyone keeps asking, 'You keep getting hurt, why do you keep doing it? Why don’t you give it up?'" Tedder explained. "It’s like, I have 20 years in this sport.'

As the Surfside native prepares for his return to the track, he knows he has support from his team, which he also calls family.

The Team Tedder rig has been a staple on the AMA pro motocross and supercross circuit for decades.

Dakota is the fourth son of five and he’s the only one still racing competitively for Team Tedder.

He’s got his family no matter what, but he’s still chasing that one thing.

“I think it’s just the adrenaline rush. That feeling you get of overcoming everything," he said.

For tickets and more info: supercrosslive.com