CHAVEZ RAVINE, Calif. - The Los Angeles Dodgers are set to unveil the plans for an upcoming $100 million renovation of Dodger Stadium that will include a new center field plaza as well as elevators and bridges connecting the outfield pavilions to the rest of the stadium.

Spread over two acres, the center field plaza will include food establishments, a beer garden, two sports bars, a children's play area, and a space for live pregame and postgame music.

Fans will be able to watch the game from above a new batter's eye in straightaway center field and from standing positions that ring the seating area.

The entrance to the new plaza will feature a Jackie Robinson statue, which will be relocated from the left-field reserve plaza. The plaza will also serve as a permanent home for the "Legends of Dodger Baseball" plaques.

The project is expected to be completed in time for next season. 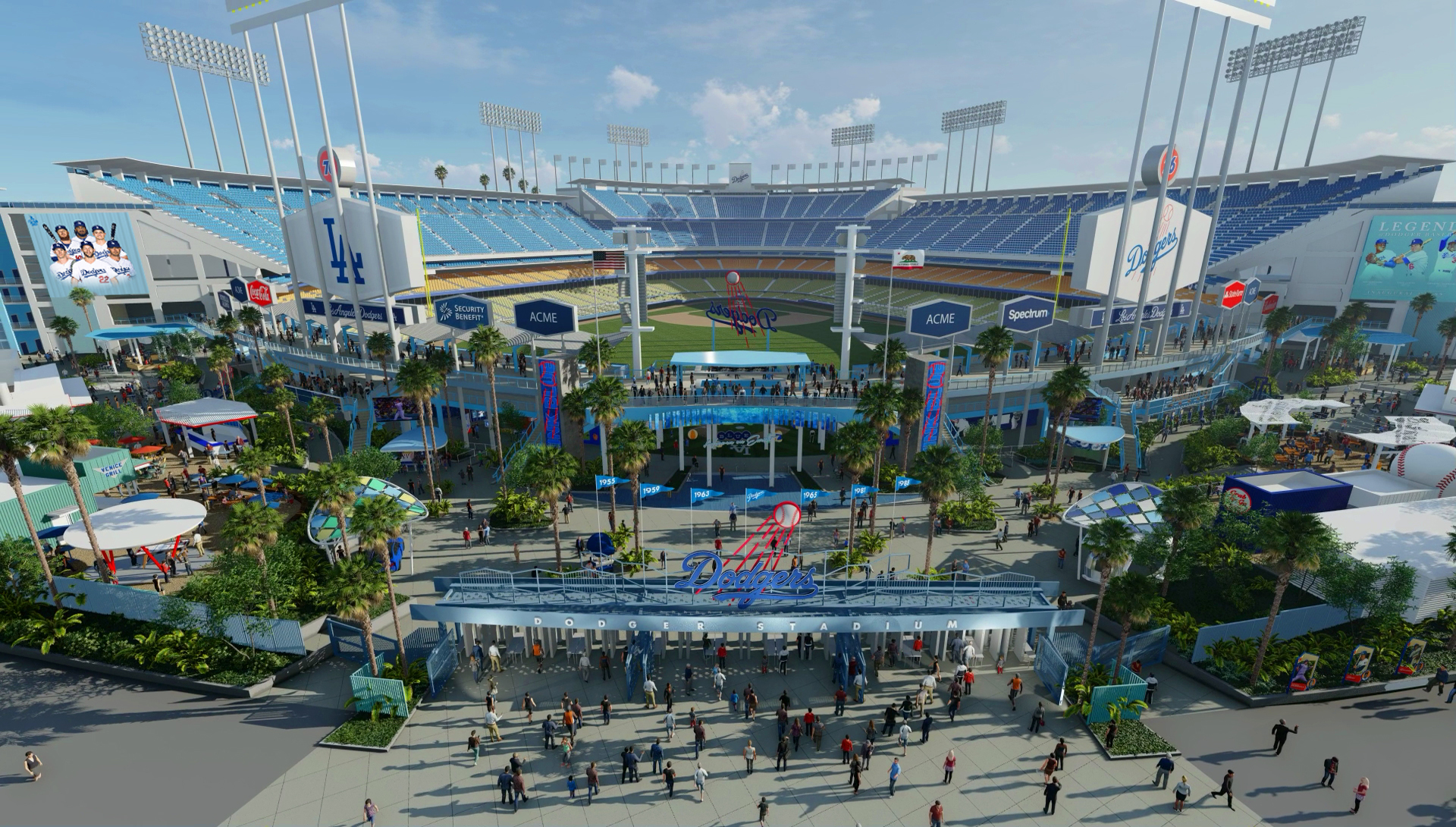 The new center field entrance will provide a front door for Dodger Stadium, inviting all fans to enter and enjoy the new offerings before moving to their seats via elevators, escalators, bridges and stairs. 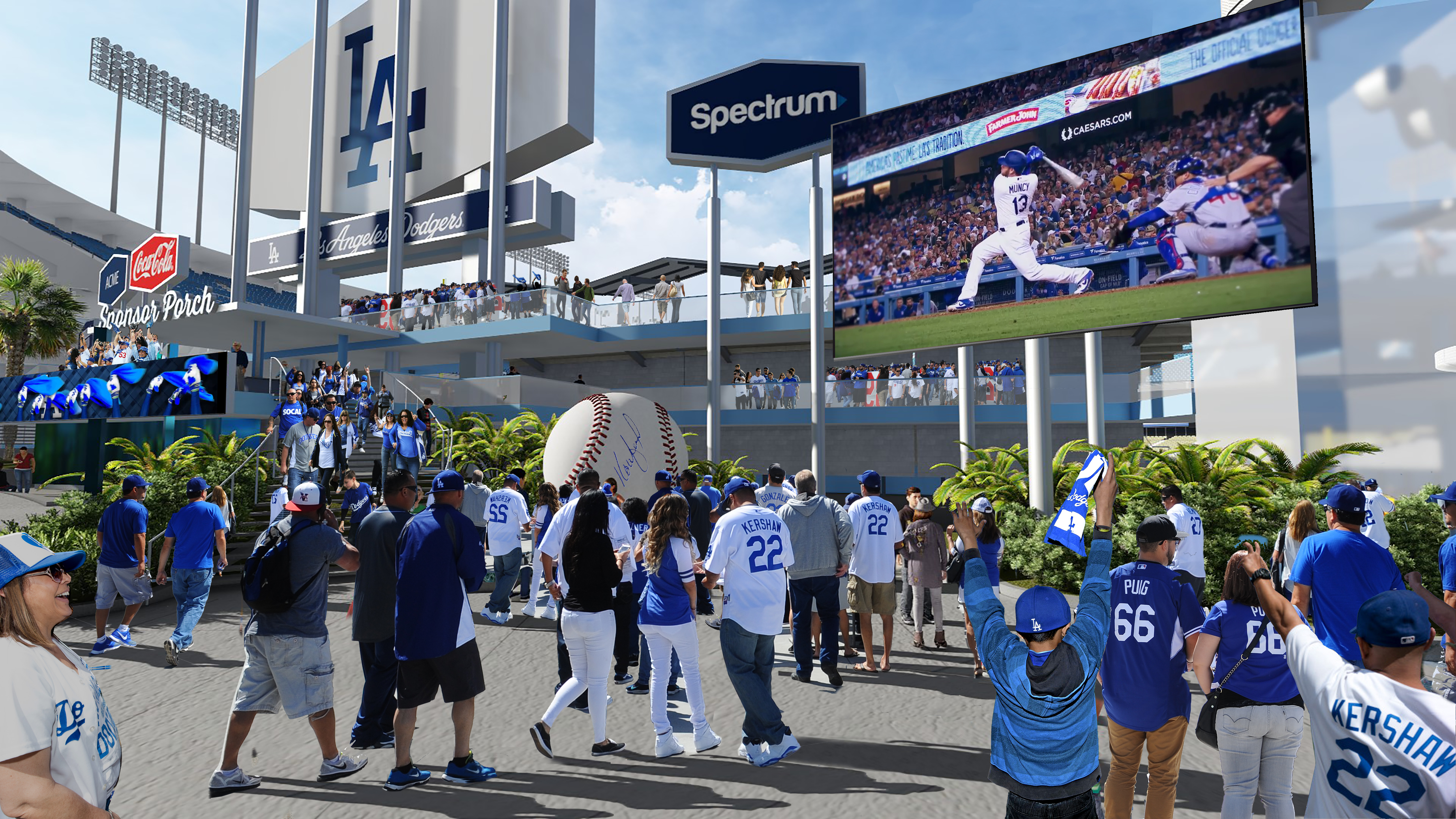 The two-acre landscaped center field plaza at Dodger Stadium will bring the game to this new entry via video and LED boards and a new sound system. 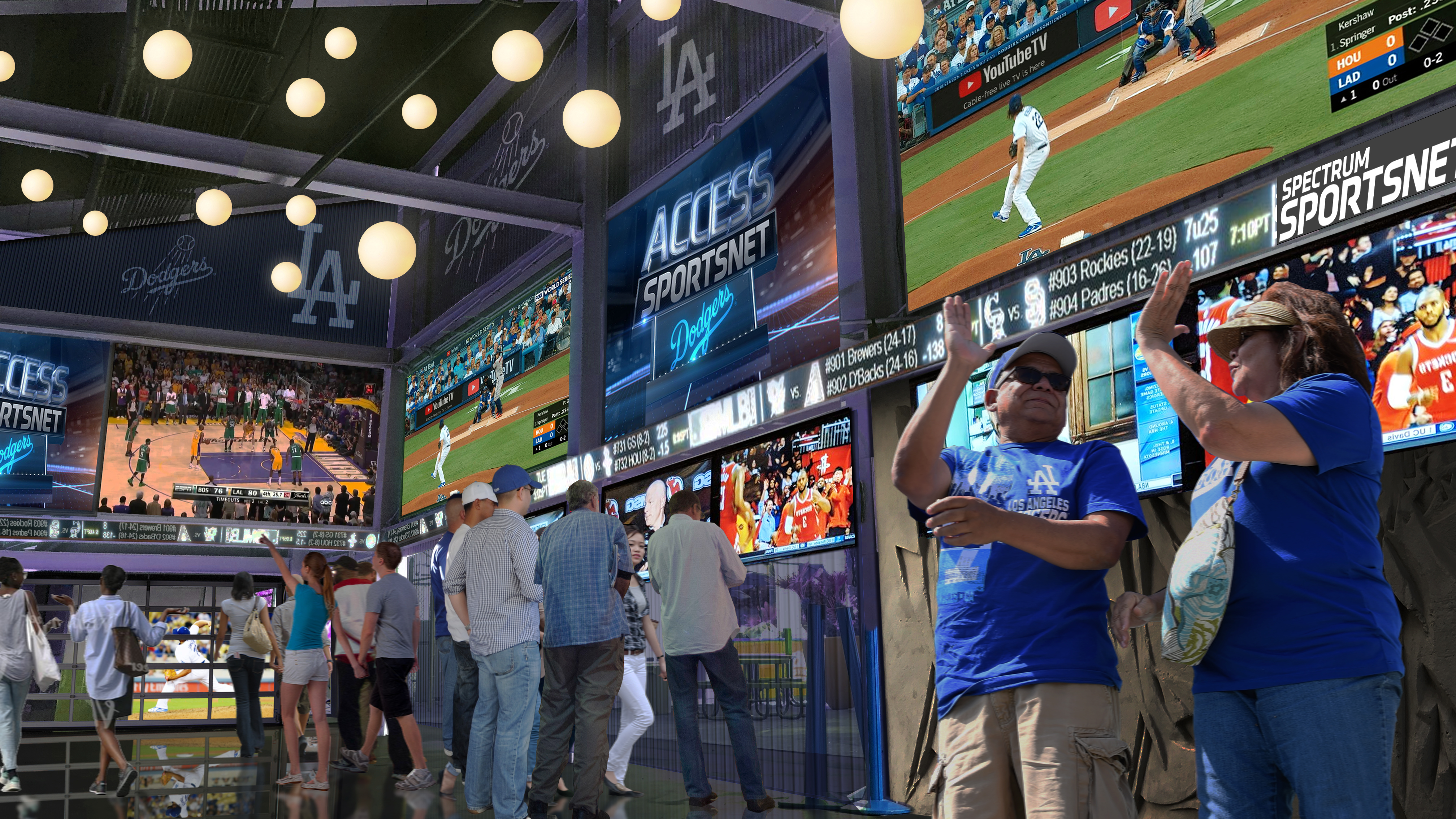 Dodger Stadium’s center field, currently the storage location for grounds crew equipment, will become a kids area beyond the outfield fence, covered by netting so that it can be used by fans during the game. 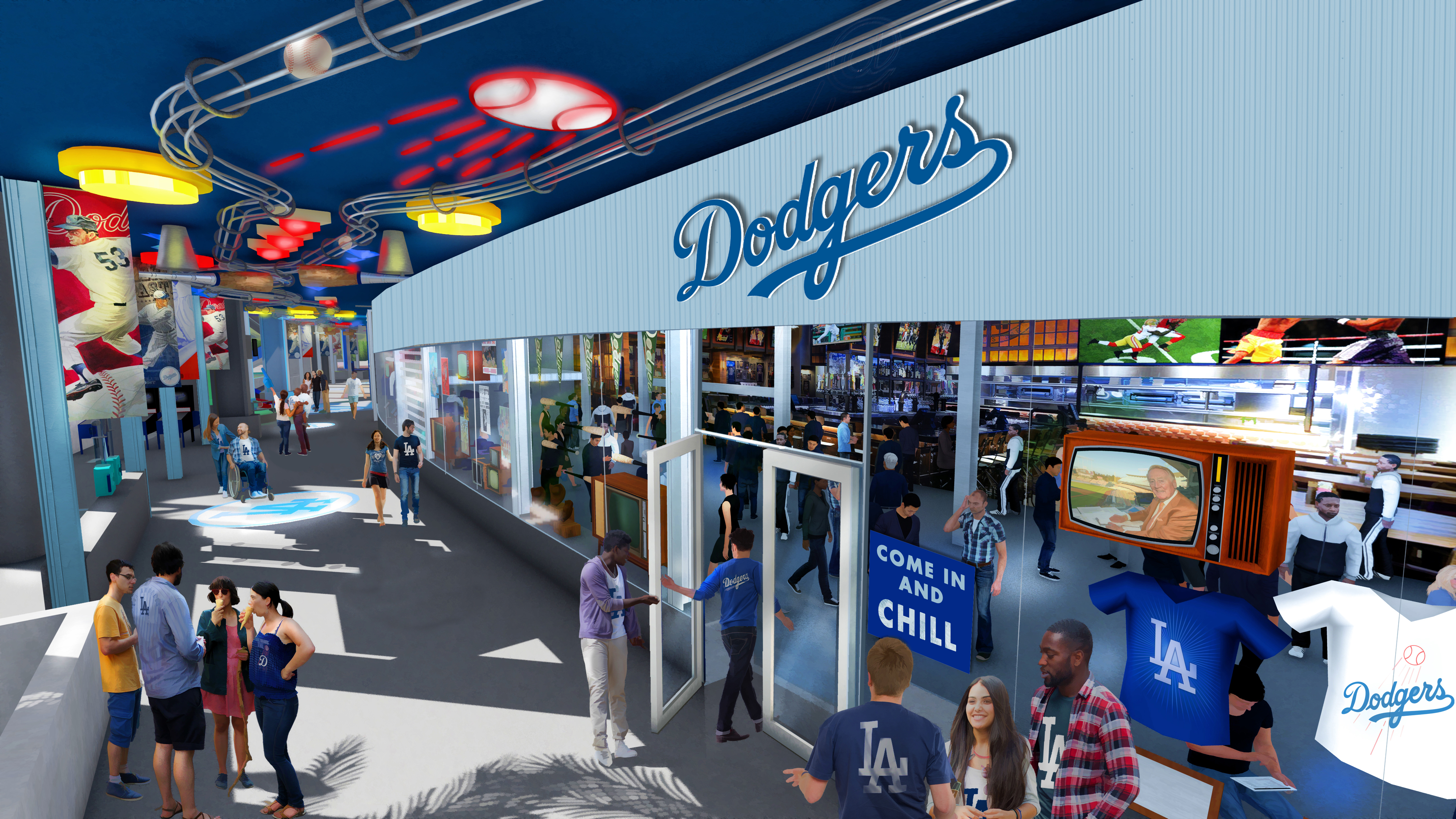 A midway at the lower level of the Dodger Stadium outfield pavilions will display memorabilia and interactive exhibits and games.