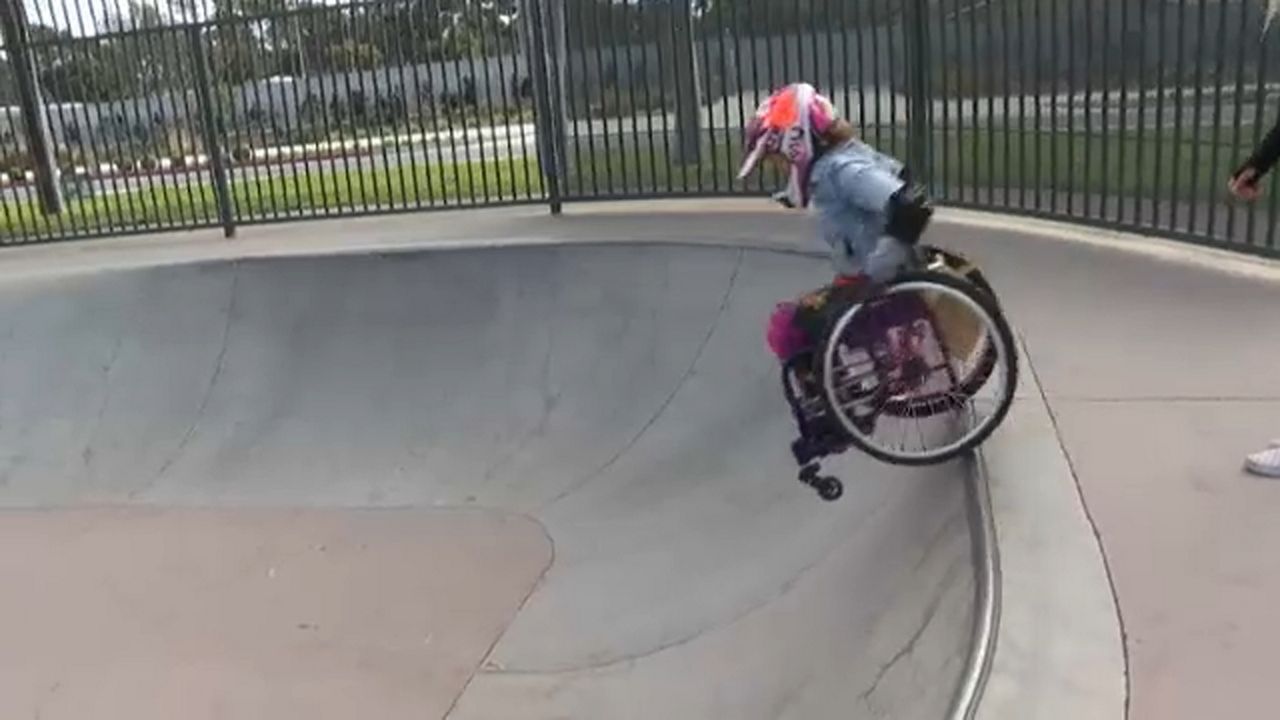 Daredevil 11-Year-Old Refuses to Let Wheelchair Slow Her Down

Luzi Castillo is used to turning heads and making friends at Volcom Skate Park. It’s pretty hard to miss her with that hot pink helmet.

“I’m faster than the boys,” she says with a grin.

Luzi is wheelchair bound. She was born with a spinal defect known as spina bifida, but that hasn’t stopped her from doing and trying just about everything at the skate park.

She’s been coming here for four years. With her every step of the way is her mom Liz. The two have this routine down to a science.

On this day, she’s testing out a new, bigger wheelchair for the first time. And she’s got her eyes set on a bigger challenge

It won't be easy though.

Luzi wants to drop in, but Liz isn’t sure she can push her daughter, and the new wheelchair back up.

A couple of skaters offer to help and before you know it, she's dropping in; no hesitation, no problem.

Luzi is part of the Challenged Athletes Foundation, and with them she not only skates, but plays basketball and tennis, and surfs.

She’s pretty good at this skating thing. She won second place in her division at the WCMX championships

She’s got goals, which include competing in the Paralympics, and inspiring others.

Luzi is fast. She’s also fearless. And when it comes to taking on the obstacles life gives her, no wall is too high.