GET OUR APPOur Spectrum News app is the most convenient way to get the stories that matter to you. Download it here.
Corporal Michael Colbert. (Spectrum News/Kate Cagle)

LONG BEACH, Calif. — A banana peel on his patrol car. A Black genie with the name “Mr. Popo” incorporated into a Long Beach Police Department patch posted plainly in the office.


Over the years, it all eventually became too much for Corporal Michael Colbert, LBPD’s first and only Black helicopter pilot.

“I had to walk into the office every day and be reminded of that and how inferior they thought I was,” Colbert said in his first television interview since filing a lawsuit against the city in December, alleging discrimination, harassment and retaliation over the course of his 30-year career. Colbert retired in October 2019.

Over forty pages, Colbert’s claim details racial animus from fellow officers who used epithets on the job, including the n-word, created a hostile work environment and repeatedly demeaned him in uniform and in public. 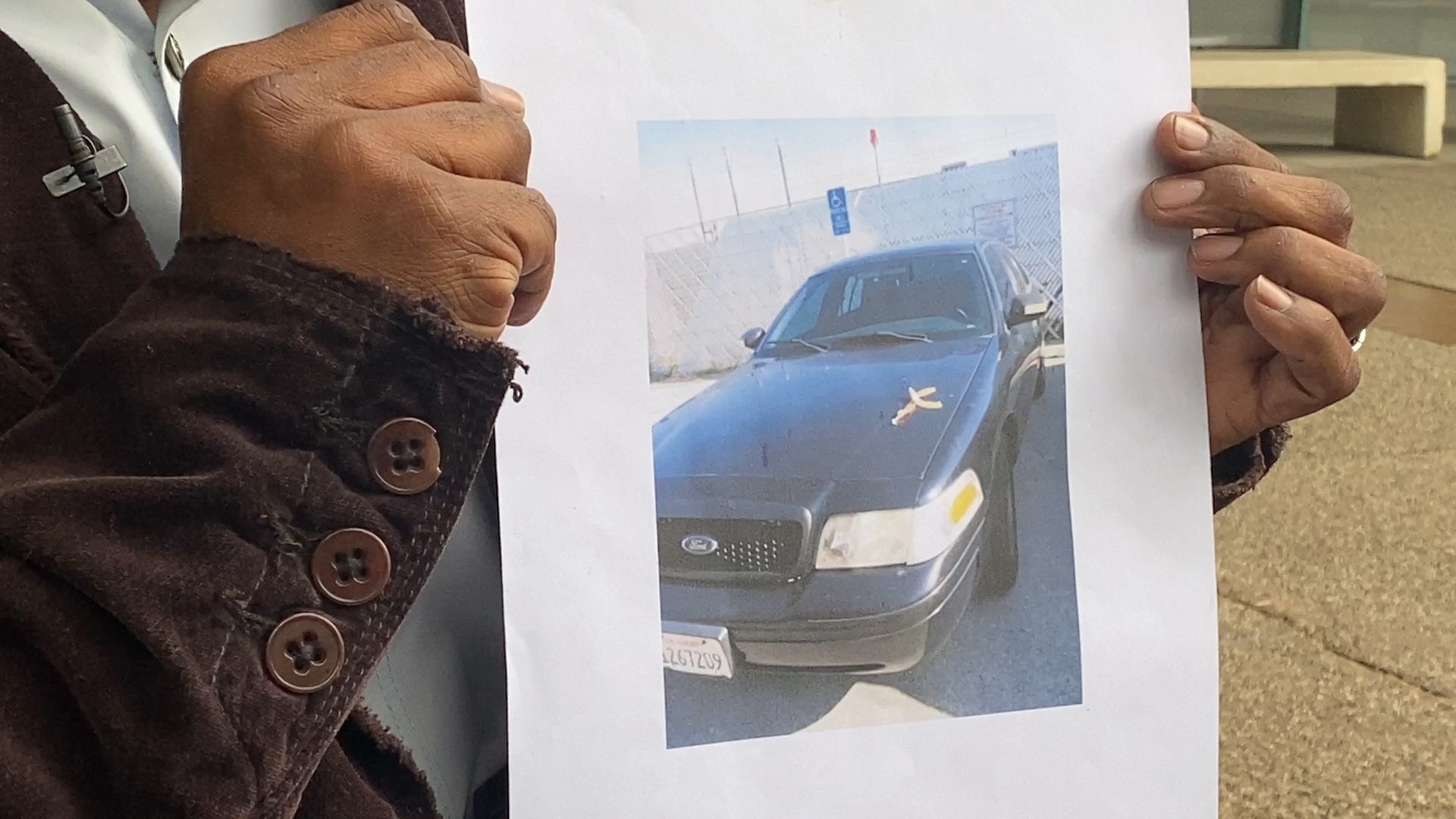 Colbert said the department’s chief pilot Michael Erdelji posted a drawing of the department’s patch with a Black genie named “Mr. Popo” from the Japanese show Dragon Ball Z on his office cubicle in “plain view for anyone looking within the air support common area to see” in September 2019.

Spectrum New showed the image to Tim Watkins, a collector of racist and anti-Black American imagery, who said the drawing contained negative stereotypes of African Americans.

“Although a caricature, not at all funny with pitch black skin, bright exaggerated red lips amid a reference to ‘po po,’ an 80s era slang reference to police by young Blacks,” Watkins said.

As the only African American pilot, Colbert said the picture was clearly about him.

Now retired, Robert Luna was chief of police in September 2019, when the image allegedly hung in the air support common area. Luna is now running for Los Angeles County Sheriff on a platform to reform that department.

He said Colbert’s lawsuit came across his desk just as he was retiring from the job.

“Number one, I start off by saying any form of discrimination is unacceptable. It actually sickens me,” Luna said. “I believe that to have public trust and legitimacy in any police department, you absolutely need to reflect the diversity of the community you serve.” 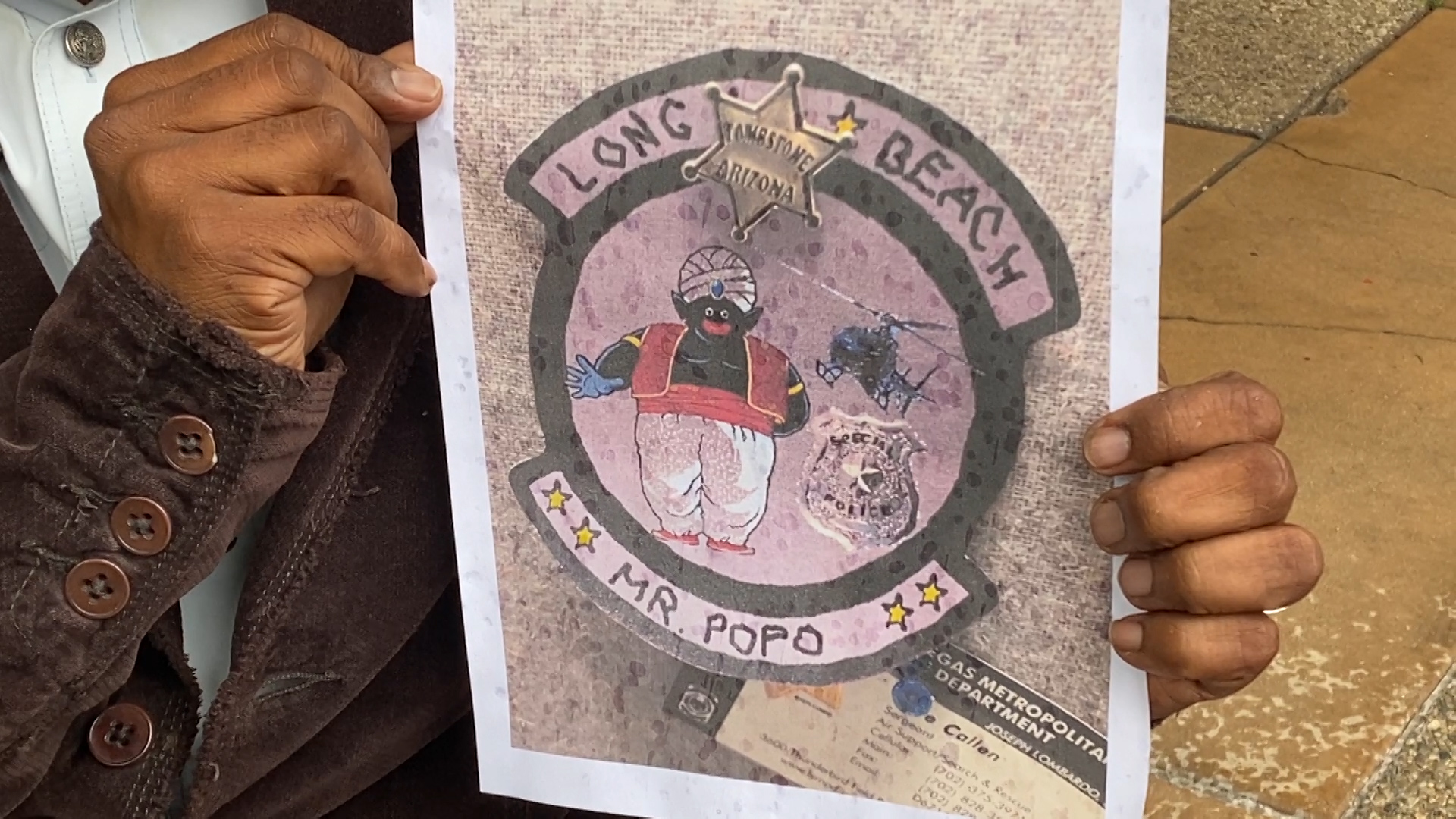 A spokesperson for the Long Beach Police Department said they are aware of the lawsuit.

“The City of Long Beach and the Police Department are committed to maintaining a discrimination-free workplace for all City employees and candidates for employment,” said Allison Gallagher, the public information officer. “The Department actively supports the strategies adopted in the City’s Racial Equity and Reconciliation Initiative while also building on policies and practices that promote a bias-free working environment for all our employees.”

Both named Mike, Colbert worked closely with Chief Pilot Erdelji over the years and Colbert said Erdelji almost only addressed him as “Black Mike,” whether they were in private or in public and while in uniform.

“The chief pilot of our organization, wherever we went, he became so comfortable with his overt racism toward me he would introduce me as ‘Black Mike,’” Colbert said, who found the nickname demeaning. “I certainly have a last name.”

He said the Black genie image appeared a week after the two men discussed an elected official who admitted to wearing Blackface. Colbert said he explained why it was offensive. He said Erdelji remarked people should ‘just get over it.’

The hand drawn image hung in Erdelji’s cubicle for at least seven weeks until after Colbert’s last day on the job. Erdelji has also since retired and could not be reached for comment.

After filing complaints earlier in his career and finding internal investigations only drew negative consequences for himself, Colbert said he focused on keeping his head down and doing his job.

“I was in survival mode, to be quite honest.”

Now, he wants the department to acknowledge and apologize for what happened to him and create actual change.