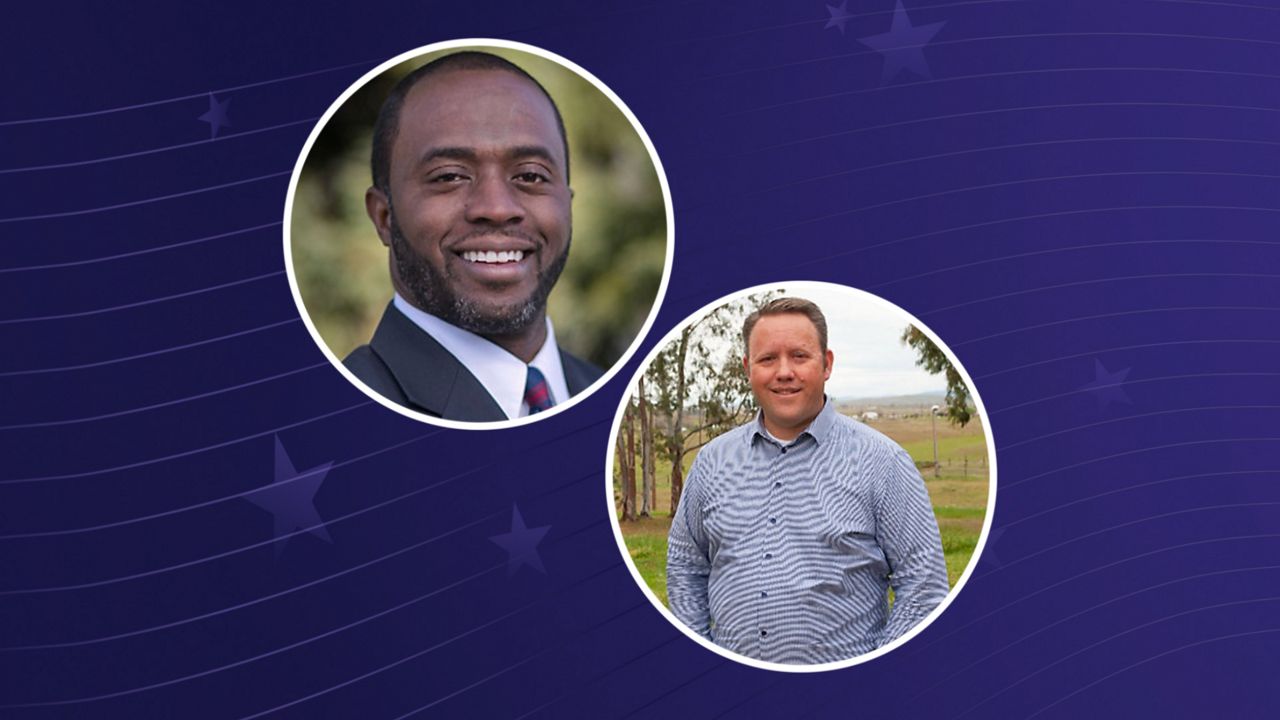 SACRAMENTO, Calif. — As the November election draws closer, California voters will soon decide who they want as the next State Superintendent of Public Instruction, incumbent Tony Thurmond or challenger Lance Christensen.

Thurmond, a former Assembly member, was in charge of leading California’s public schools through the pandemic during his first term as superintendent.

“The pandemic put a spotlight on some major disparities, like the fact that a million students went into the pandemic without a computer or access to high-speed internet,” Thurmond said.

“Now I want to take it to the next level. I want to move beyond just getting resources. I want to move to the point where we can show that we move things in a positive direction for our students,” Thurmond said.

While Thurmond is proud of his efforts through the pandemic. Christensen, who pushes a family-first approach to education, feels California has been lagging behind for years, and the pandemic only highlighted the issues.

“A lot of people want to blame the pandemic for our academic problems and while that did severely strain our resources and created learning loss for a period of years, our education system has been in a free fall for years,” Christensen said.

“That’s a problem,” Christensen said. “If we, as parents, don’t have any trust or faith in the system, we need to rebuild that trust from across the system.”

Christensen decided to run for superintendent because he says he is fed up with the current public school system, and wants to bring more power to parents.

“If I were to win the election, I’d do three things. One, the first position I would hire for is a parents’ rights advocate — a chief deputy to intercede on all issues and to counsel on things that pertain to parents and kids’ education,” Christensen said.

Christensen is currently the Vice President of Education Policy and Government Affairs at the California Policy Center. Prior to that, he was the Chief of Staff for former State Senator John Moorlach from Orange County.

Christensen has also promised to conduct a kids-first audit of the Department of Education and will work to strengthen relationships with local leaders.

An issue Thurmond is focusing on now, and hopes to continue to do so if re-elected, is the mental health of students. Part of Thurmond’s proposals include recruiting 10,000 mental health professionals and offering a $25,000 scholarship for people pursing degrees in counseling.

“This is a breakthrough. No other state in the nation has laid out a plan as bold as recruiting 10,000 counselors,” Thurmond said. “California’s going to lead and that means are kids are going to be healthier and be more successful academically.”

Thurmond is also focused on improving literacy rates in California. He’s set the goal of having every student in California be able to read by the third grade.

“For whatever reason, it’s been decades that our education sector in this country has tried to reach that goal, and it has eluded us. I feel like now we have the resources and the willpower and the knowhow to get that done,” Thurmond said.

In this past legislative cycle, the Department of Education secured $250 million to bring in reading coaches and specialist to help them improve literacy rates.

A point of contention between Thurmond and Christensen is the creation of the ethnic studies program in California. Thurmond praises the program for bringing more diverse topics to the classroom.

“I’m very proud of our work to create an ethnic studies curriculum and a graduation requirement and it does mean… that many students of color will learn about the contributions of their ancestors,” Thurmond said. ”And the reality is all students will do better academically, it’s proven ethnic studies helps all students do better.”

Christensen says education has become too political, and it is time for curriculum to focus on common school subjects.

“What the legislature has done is they’ve been very aggressive on this ethnic studies and in some places they’ve taken it a little bit further to a cultural Marxism approach — critical race theory — where they want to make these kids feel bad about who they are,” Christensen said.