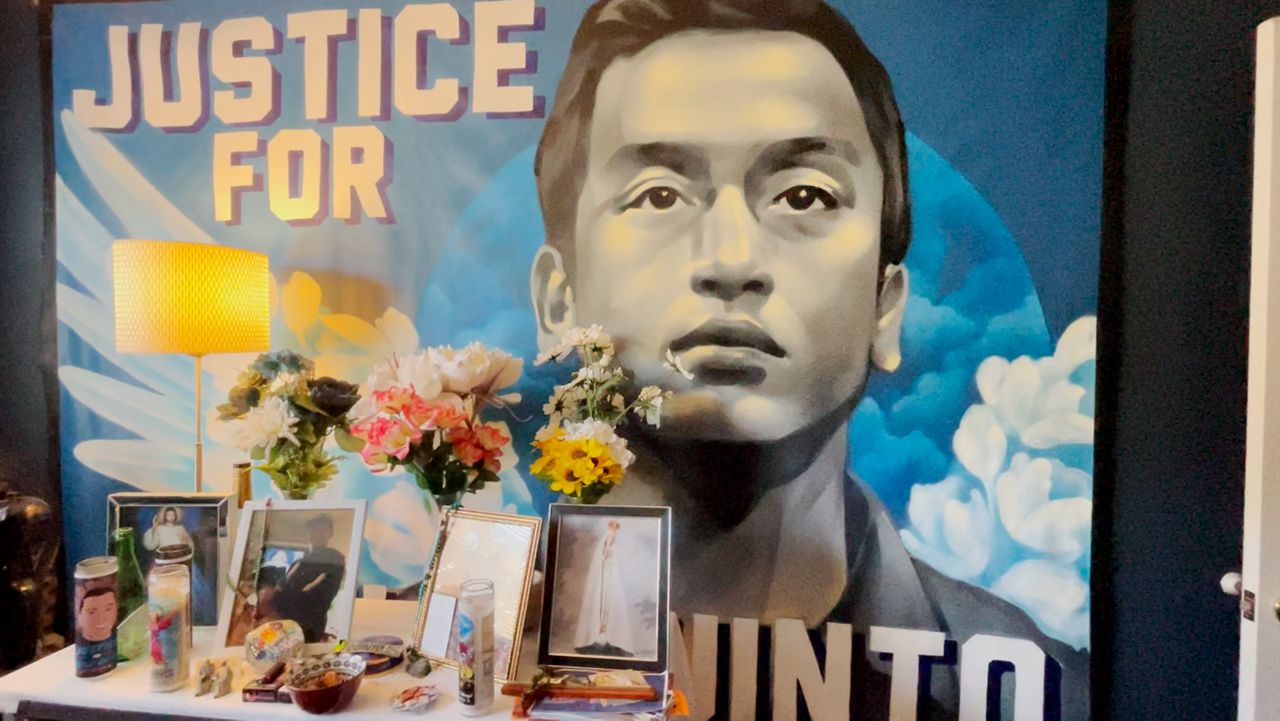 SACRAMENTO, Calif. — In many California counties, the sheriff also functions as the coroner.

Having this established dual role has brought about claims of bias when it comes to police-involved deaths, and now, legislation is in the works to separate the two entities.

Assemblymember Mike Gipson, D-Carson, has introduced AB 1608, which requires all counties to separate the sheriff’s and coroner’s offices. Currently, 48 of the 58 counties in California don’t have an independent coroner’s office.

The push for legislation follows the death of Angelo Quinto, a Navy veteran who died at his family’s home in Antioch. Quinto was experiencing a mental health crisis on Dec. 23, 2020. His sister Bella Quinto-Collins, who said she was worried about her brother, called the cops to help with the situation.

Once the police arrived, Cassandra Quinto-Collins, Angelo’s mother, said the officers restrained Angelo on the ground with their knees.

“I saw it. I was there and their story is really different from what really happened, and that’s the hard part,” Quinto-Collins said.

After witnessing her son being restrained by the officers, Quinto-Collins was shocked when the coroner's report ruled Angelo’s cause of death as “excited delirium.”

“Very upsetting. I started crying when I saw this,” said Quinto-Collins.

Excited delirium is a controversial ruling of death. It is not recognized as a medical diagnosis by the American Psychiatric Association and the World Health Organization. Excited delirium has become a common ruling in officer-involved deaths.

“When you have a sheriff’s department overseeing a medical examiner’s office, and a ruling may come back questionable, we want to make sure that we remove those questions,” Gipson said.

California is one of three states that doesn’t have a law like AB 1608. Robert Collins, Angelo’s step-father, said after Angelo’s death and many other similar cases, now is the time for change.

“Why should a sheriff or another law enforcement official be making scientific determinations as to why somebody died?” Collins said.

An independent pathologist hired by the Quinto family determined Angelo died from positional asphyxia. The family has filed a wrongful death lawsuit against the Antioch police department.

AB 1608 is opposed by the California Statewide Sheriff’s Association (CSSA), citing the loss of local control and the added financial burden required to separate the offices.

The Quinto family believes AB 1608 is a step towards transparency and accountability for law enforcement.

“We want to make sure we have a fair system and one we can trust,” Collins said.

AB 1608 has made its way through the Assembly and will be heard in the first Senate meeting next week.