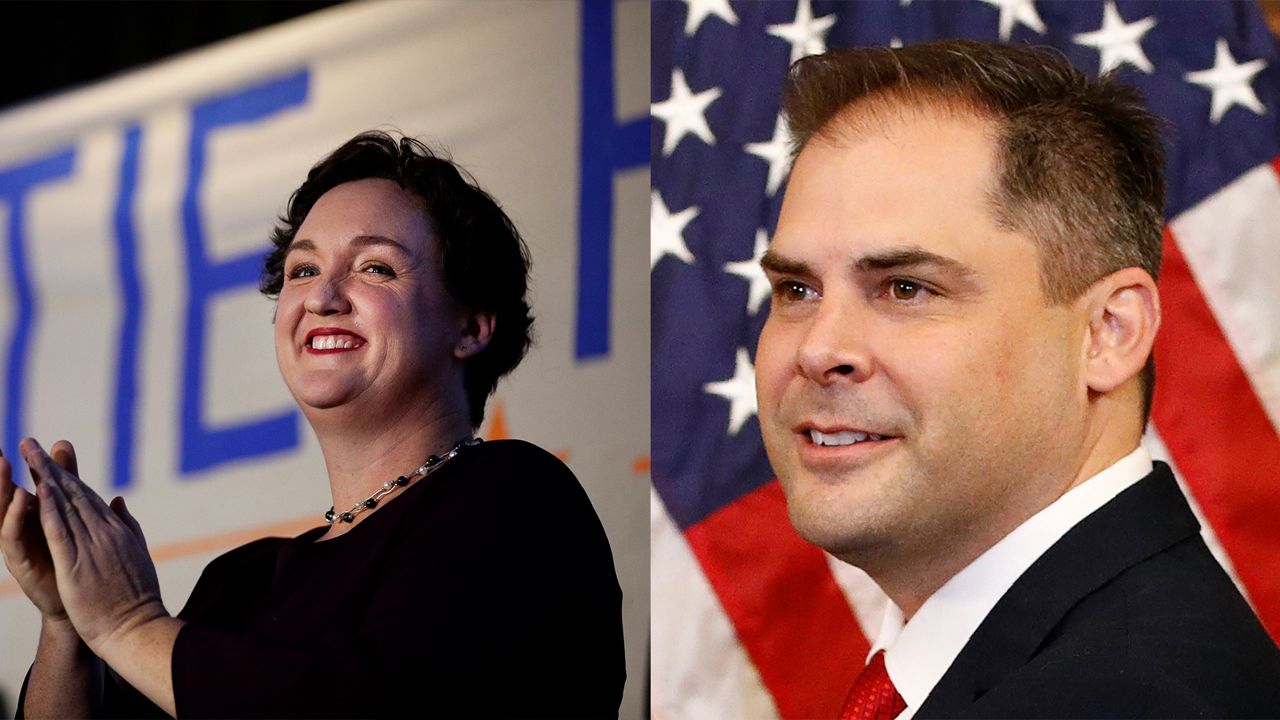 Battleground California: Could being bold in swing districts prove risky?

IRVINE, Calif. — In Part 1 of the Battleground California series, Spectrum News 1 looked at California politicians’ competitive districts where some lawmakers seek a middle ground, trying not to offend voters. In this Part 2, we look at two members of Congress taking the opposite tack, betting that voters will reward them for being outspoken fighters.

The congresswoman’s dogged questioning of witnesses representing Big Pharma and investment banks made her a viral sensation. Her whiteboard even got a nickname: “the mighty whiteboard of truth.”

She’s the first Democrat ever elected in the 45th district, winning office in the 2018 blue wave that swept across Orange County and the country. The 2020 Census shows her district is the fastest growing in the state.

“Really my own story reflects why people come to Irvine,” she said. “We do have a lot of growing population. That means that in the redistricting process that will be a nonpartisan redistricting process done by a citizens commission, we will see lines redrawn. And so I have an extra about 100,000 constituents and while I love all of them, the Constitution requires us to redraw those lines and resize these districts.”

It’s not clear whether redistricting will make her district more competitive, but instead of playing it safe, and moderating her policies, Porter remains a bold, outspoken progressive Democrat. If Democrats leave her district through redistricting, it could negatively impact the neighboring districts represented by Reps. Young Kim, R-La Habra, and Michelle Steel, R-Huntington Beach.

By cutting a national profile, Porter generated a cascade of political donations. Her campaign cash on hand account has about $13 million, a huge sum for a Congress member not in leadership. She also doesn’t take any money from corporations, Wall Street or pharmaceutical companies and has focused her work on family and education, earning points from constituents in both parties.

Across the aisle, another newcomer to Congress from California is charting an outspoken course, too: Rep. Mike Garcia, R-Santa Clarita, who served in Iraq as a Navy pilot, has been an outspoken critic of President Joe Biden and embraces former President Donald Trump.

“The 25th District of California is a very purple district which is actually emblematic of the entire country right now a 50-50 split pretty much in terms of party allegiances, but also a district that values security, a district that values law enforcement, first responders, and our military,” Garcia said. “And so I ran and I still do I believe in the Constitution, I run on a loyalty to the Constitution above all things, not to a party.”

Garcia said he voted for Trump last year and thinks Biden should resign because of the way troops were withdrawn from Afghanistan.

“I would support President Trump if he ran again and he was the party nominee,” Garcia said.

Both Garcia and Porter represent swing districts, so there are risks in being outspoken. Analysts said Garcia’s support for Trump could be especially problematic given the former president’s low approval ratings in the state. But these two lawmakers push ahead with their unwavering stances, betting that voters will reward them for their directness.

Garcia took over after former Representative Katie Hill resigned from office. He joined three other Republicans who took over a previously Democratic district. The GOP focused on recruitment and diversity to win in 2020 and may look at using that strategy to win again next year in the state. Democrats said they’re already going out into the community to campaign for the 2022 midterms.

This story is Part 2 of the Battleground California political series titled “Bold Swing Districts.” Part 1 focuses on lawmakers who hold a careful strategy to appeal to voters in the contentious Orange County, titled“Orange County."