Shoppers wait in line to get inside the Crocs store at the Outlets in Orange, Calif. (Spectrum News/Joseph Pimentel)

NATIONWIDE — As the official holiday shopping season kicks off this Black Friday, consumers will be more price-conscious and hunt for promotions and deals online rather than in brick-and-mortar stores, according to several retail reports.

More than 166 million people plan to shop from Thanksgiving Day through Cyber Monday this year, an increase of eight million from the previous year, the National Retail Federation reported.

The NRF, the world's largest retail trade association, said the 166 million estimated shoppers this holiday season is the highest number they've collected since they began tracking the data in 2017.

"While there is much speculation about inflation's impact on consumer behavior, our data tells us that this Thanksgiving holiday weekend will see robust store traffic with a record number of shoppers taking advantage of value pricing," said Matthew Shay, the president and CEO of the NRF. "We are optimistic that retail sales will remain strong in the weeks ahead, and retailers are ready to meet consumers however they want to shop with great products at prices they want to pay."

Reports suggest that more people are shopping as early as October and deal-hunting this holiday weekend because of inflation.

With inflation, still hovering around 7.7%, increasing the price of goods, consumers are looking for doorbusters and deeply discounted deals to help offset the high cost.

In his Insights report, James Bohnaker, a senior economist at Cushman & Wakefield, said consumers will likely be "hyper-focused on promotions, trading down to discount brands or purchasing gift cards at a price point."

Holiday retail sales have averaged an increase of 4.9% over the past 10 years, the NRF reported, with pandemic spending in recent years accounting for considerable gains. 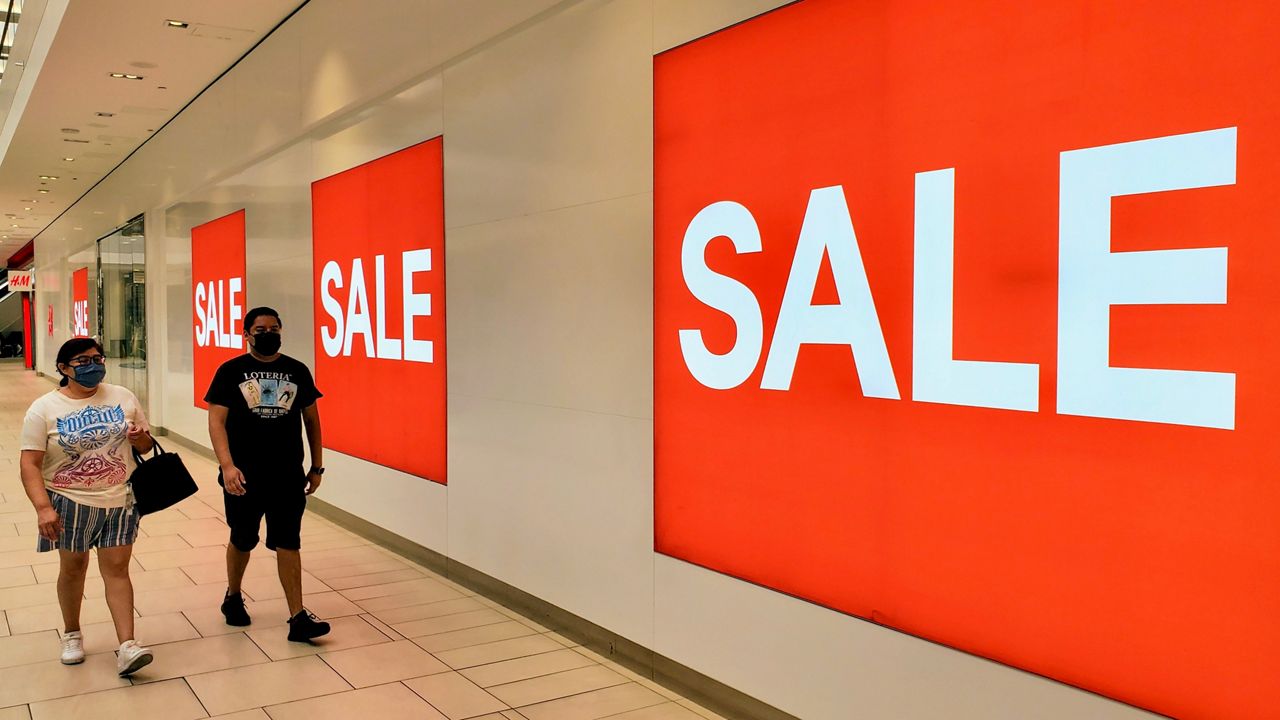 As to where people shop for these deals, a JLL survey of more than 1,080 shoppers found that only 54% of respondents would shop on Black Friday online rather than venturing out to brick-and-mortar stores. Meanwhile, more than 40% are heading out to their local malls and retail outlets to shop for Black Friday deals.

The survey found that about 54% of consumers also plan to shop online during Cyber Monday, while only 26% of shoppers will venture to stores on that day.

The JLL survey also found that low-income earners who make $50,000 or less have a budget of about $600 and plan to spend significantly less because inflation has hampered their holiday shopping budget. Meanwhile, high-income earners, who make $200,000 or more, have an $1,800-holiday budget, a 9% increase from the previous year.

"The survey paints a story of a divide between low-income and high-income earners when it comes to spending this holiday season," said Shauna Mattis, an executive vice president of retail at JLL in El Segundo, to Spectrum News. "Those with a lower income are more price conscious and will actively look for deals, while high-income earners have disposable income to spend for this holiday season."

While last year retailers and consumers complained about the lack of inventory due to the disruption in the supply chain caused by the coronavirus pandemic, retail executives are confident that they'll have the stuff people want to buy this year.

Deloitte's holiday report found that most retailers expect to receive their holiday inventory on time.

"High prices have holiday shoppers prioritizing their purchases, but there are bright lights throughout the season," said Nick Handrinos, vice chair at Deloitte. "As consumers aim to be strategic about their purchases to outsmart inflation, retailers who can be flexible to meet consumers where they are will be more likely to build loyalty and profit from the holiday season and beyond."

The NRF report stated that this year's most popular gift categories are clothing, gift cards, toys, books/music/movies/video games and food or candy.