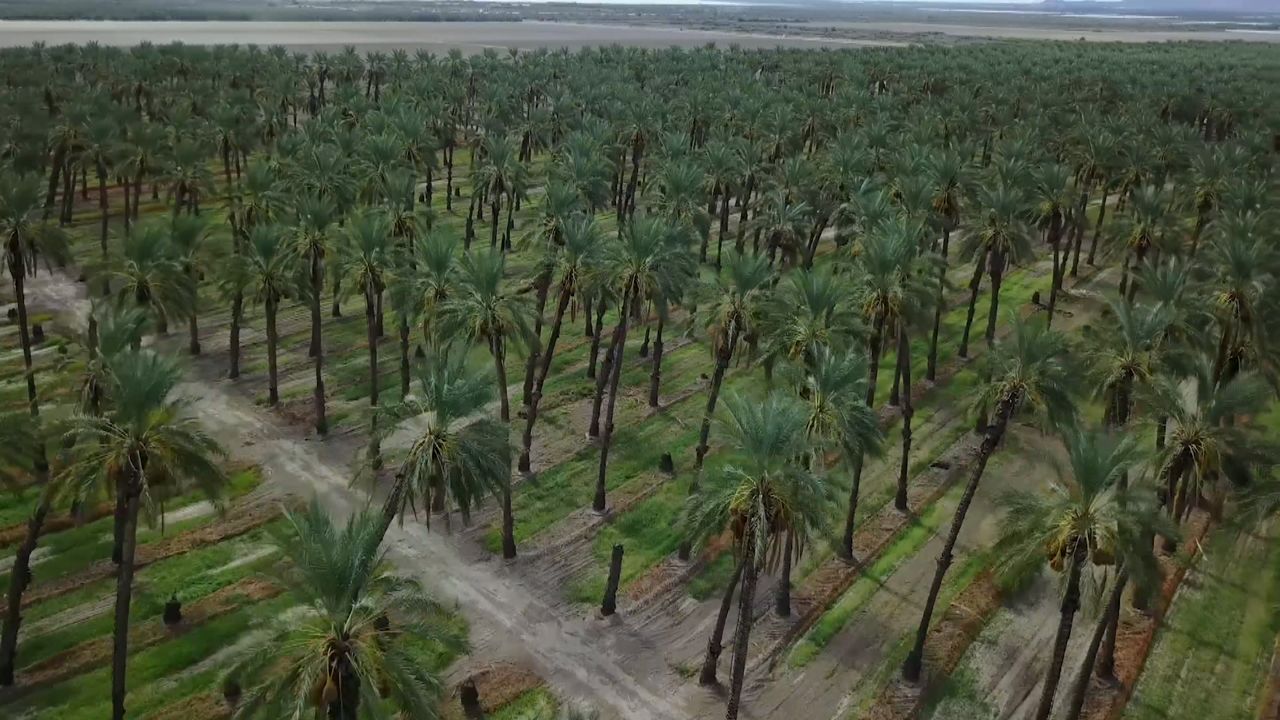 SAN DIEGO — They flew up from Tijuana, and now they’re wreaking havoc on palm trees. The South American palm weevil poses the biggest threat to the famous coastal palms in Los Angeles, but entomologist Dr. Mark Hoddle is doing research to develop methods he hopes will keep the pests at bay.

Hoddle is a biological control specialist and primary investigator with the University of California, Riverside meaning, he researches ways to control pests that threaten ecosystems around Southern California. Hoddle’s current research project takes him to the Sweetwater Reserve in San Diego, where he estimates the weevils have already killed 20,000 palm trees in San Diego County so far.

Using a simple bucket trap, he fashioned himself, Hoddle lures in the weevils using pheromones and fermenting fruit in traps he has strategically placed around the reserve.

“Without a doubt, this is the worst palm pest California has ever dealt with. Once these weevils get into a palm tree, they lay eggs in the palm, and those eggs hatch into these really large larvae which destroy the palm heart,” Hoddle said. “It’s basically a death sentence for a palm tree.”

The South American palm weevil is drawn to the canary palm tree, which is the variety that line famous streets in Los Angeles like Beverly Drive and South Windsor Boulevard, and those around the Elysian Park and Echo Park Lake. The canary palm tree also is the most expensive tree to replace once gone. A full-grown canary palm can cost upwards of $20,000.

And that is why Hoddle’s research means a great deal to Los Angeles County.

“The weevil will not stay in San Diego county. They can fly and is almost certainly going to leave San Diego and go to Orange County, Los Angeles County, Riverside County and so on. So it presents an enormous threat to the urban environment.”

The palm weevil also presents a problem for the Coachella Valley, where date palms are plentiful. Hadley’s date farm is one of the biggest producers of dates in the country, and owner Albert Keck said if the palm weevil makes its way north, it could threaten the entire date industry.

“The U.S. date industry is a little over 100 years old, so it would be a shame to see it lay waste to an invasive pest. It’s important to the regional economy, financially and economically,” Keck said via Zoom.

“I have to hope that Hoddle and his efforts will work on solutions for this problem, and hopefully solve it along the coast before it gets to the desert valleys.”

That’s also what Hoddle is hoping to do.

“If all the palm trees were to be wiped out by this weevil, we obviously lose an iconic landscape feature,” Hoddle said.