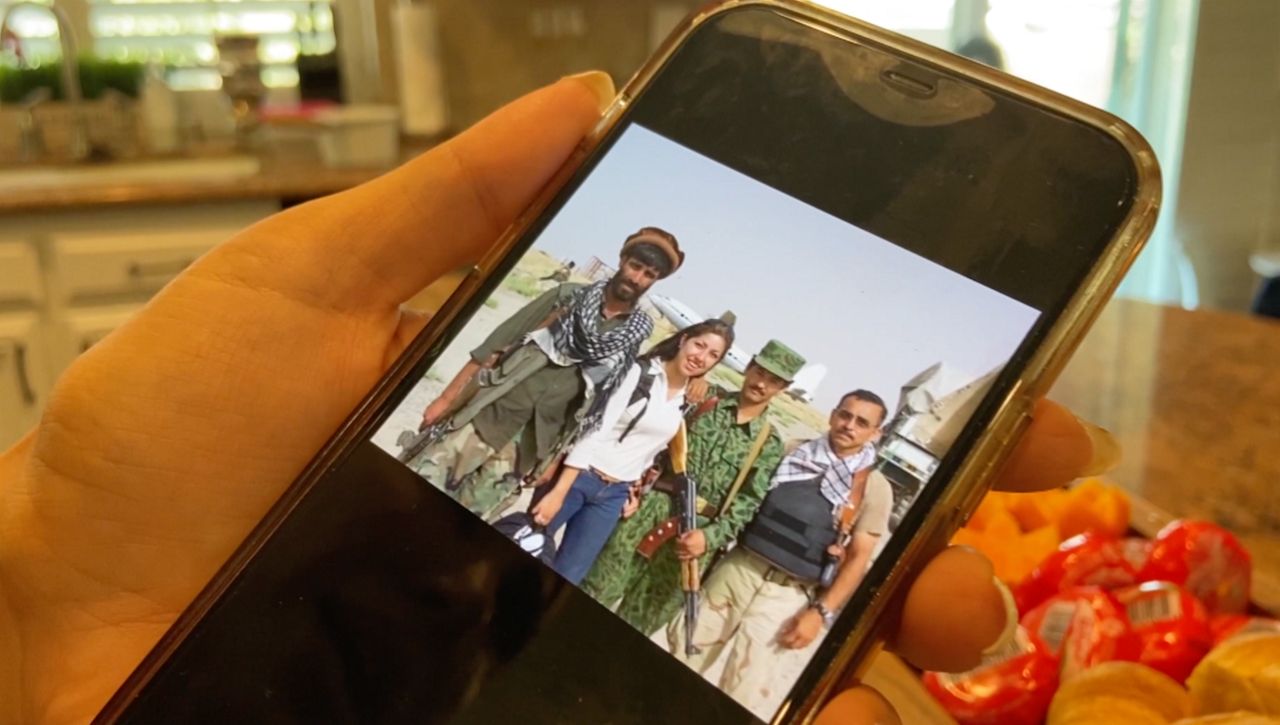 ANAHEIM, Calif. — Hundreds of Afghan refugees will soon be making their way to Southern California.

Many will be starting over with no family, place to live or money. Local organizations are coming together to welcome the refugees and get them back on their feet.

The International Institute of Los Angeles started a new campaign, "Act Now for Afghan Allies" in order to get more volunteers and resources that will be needed.

Afghan American Mariam Mardanzai knew she had to help. She offered to be a translator, as she speaks Dari, and to do airport pickups. But most importantly, she opened her home for any refugees who need a place to stay.

Mardanzai knows how terrifying and difficult it is to flee the country. Her father, mother and siblings escaped Afghanistan in the late 1970s when Russia invaded.

"You are fleeing because you have to," she said. "You have no choice. Are you going to stay and get prosecuted or death, or are you going to leave and try to survive and take care of your family? They are ready to sacrifice it all."

Mardanzai's family finally made it to California years later, where she was eventually born. She still has friends in Kabul, where her family is from.

"He was a cop, trained by the Americans, and now he’s fearing for his life," she said. "It’s heartbreaking. Every morning, I wake up with some bad news on my phone."

Volunteering isn’t new to Mardanzai, who traveled to Afghanistan with the military at only 19 to help translate at medical camps. She says it was a once-in-a-lifetime experienc. She now sets up her guest bedrooms and waits for any mothers or children who need a place to stay.

Mardanzai gets emotional, however, feeling like she should do more.

"I feel like it is so small," she said. "I wish I could do so much more. I’m sure a lot of Afghan Americans feel the same. Why were we fortunate enough to be here? Why are we so blessed and made lives for ourselves here when they are back there with no rights and no rules? Just because I was blessed and fortunate enough to leave the country, that could have been me under Taliban rule."


Mardanzai recently spoke with a refugee who is quarantining at a U.S. military base, where they receive help with visas and even work permits. But from there, they're on their own. Many don’t speak English and have nowhere to go, with no money. This is why Mardanzai says it's so important to lend a helping hand.

"Most left with just the clothes on their back, if they were lucky enough to stop home and put stuff in a backpack," she said. "They are starting over. So the least I can do is open my home, have them not worry about the basic necessities of human survival, like a roof over their head."

Mardanzai will remain on standby for any refugees who need a place to stay.

The International Institute of LA has been inundated with volunteers and is specifically asking for those who can house a family of four or more people, translators, empty homes to rent, jobs and monetary donations. To find out more about how you can help, click here.