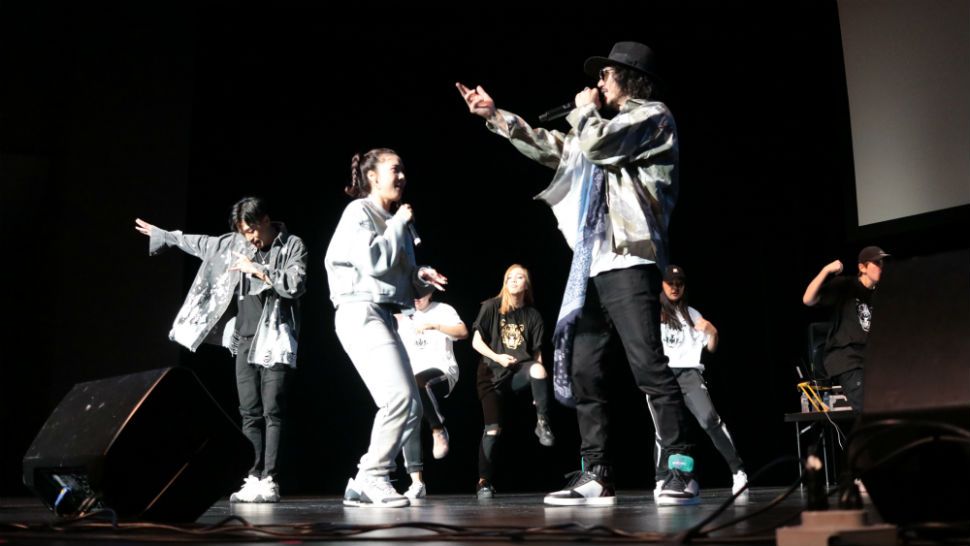 Korean Hip-Hop Shows How Music is a Universal Language

IRVINE, Calif. – Worlds colliding is one way you could describe this Korean hip-hop concert at University of California Irvine.

It is a packed house. Fans like Mirella Nava and Maureen Ouch braved rush hour traffic to get to UCI from Downtown L.A.  to see Tiger JK, Yoon Mi-rae, and Bizzy. They have been fans of the trio that make up the group MFBTY for years.

Their music has some similarities to mainstream hip-hop in the U.S., but Mirella says that there is actually something gained in the translation.

“Even though we don’t understand lyrics, we’re able to translate and just the feelings they convey through their language, it’s very different from what we see here in the United States,” Nava says.

Most of that different flavor has a shared history. Tiger is one of Korea’s original hip-hop artists, and even though he has been releasing music since the mid-1990s, hip-hop has long taken a back seat to K-Pop in Korea. For years hip-hop was considered too explicit and was shunned.

Their concert is actually part history lesson. Kurtis Blow, one of America’s hip-hop icons, shared the same stage - as part of UCI’s Afro-Korean Hip-Hop Festival. Music like Blow’s, coming out of the early New York hip-hop scene, was influencing the likes of up-and-coming artists like Tiger, who would eventually take hip-hop to another continent in a different language.

“That’s the power of hip-hop. The voice of the people. And many people relate. Many other cultures can relate to the communicative skills that we have and that we express,” says Blow.

As the heads bob, the feet bounce, and the hands go up in the air, Korean hip-hop’s unique brand is palpable.

“I just love the Korean culture and the language and everything. It’s beautiful,” says Maureen.

Seemingly worlds apart, but music is always the universal language.