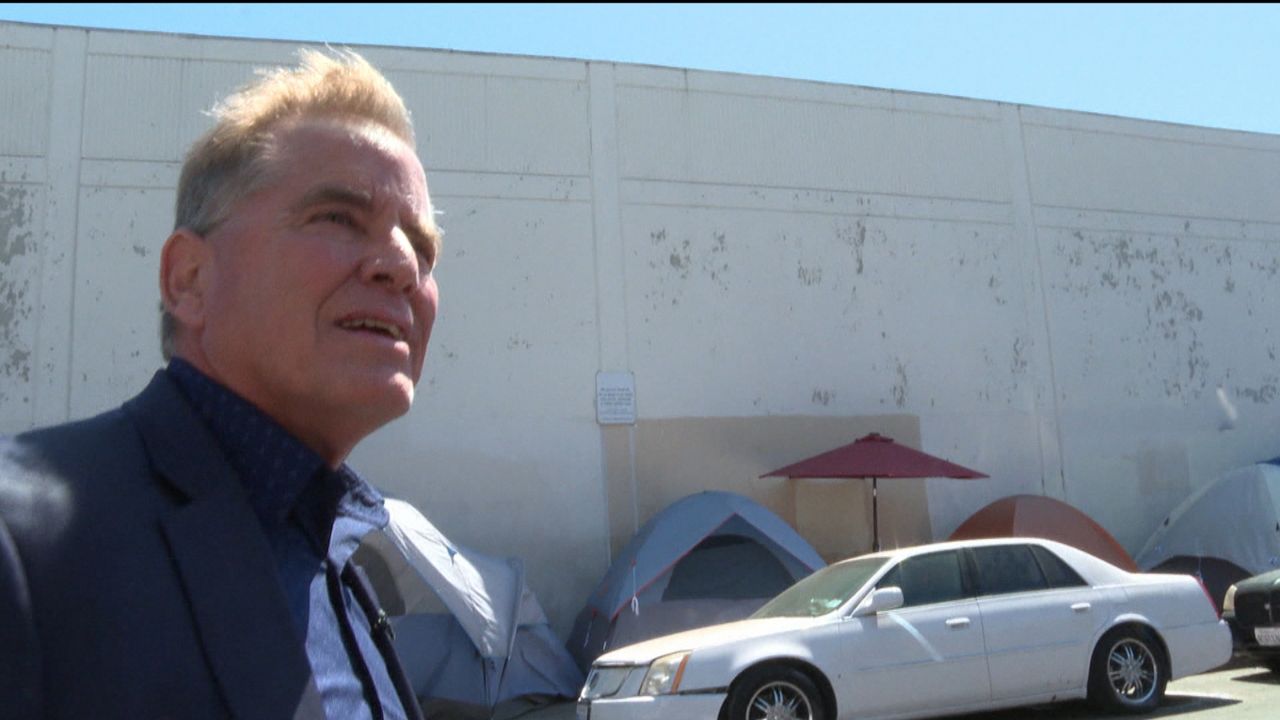 DOWNTOWN LOS ANGELES – Helping the homeless of Los Angeles is what Andy Bales has made his life mission. He wants to get as many people off the streets as possible as CEO of the Union Rescue Mission.

Everyone in the area knows who he is, shakes his hand, and thanks him for his service.

But recently he was tasked with something new; giving a tour to a delegation from the Trump administration.

“It was like an answer to my prayer,” Bales said.

He took roughly 15 members on the walk around the mission, showing the tents, the people, and sometimes, the urine.

“They were stepping over everything and mostly staying quiet. I think they were horrified and thought it was shocking,” Bales said.

He says the Trump administration reached out to him because they wanted to learn more about the problem and see it for themselves, but also find out how the Union Rescue Mission was already helping.

“I let them know we have four breakfasts, four lunches, and four dinners,” said Bales.

A local police officer also joined the meeting to share his thoughts. Bales says Los Angeles just needs more of everything: more funding, and more housing, that he hopes the federal government can provide.

Although he cautioned, it's not possible to sweep the streets until there are places to put people.

One example is adding sprung housing around the city. The Union Rescue Mission has one and Mayor Garcetti has been putting up more. With more money, more can be done.

Bale says he has been begging for this federal help and hopes the state and city can all work together to solve this problem.

“We are not getting it done ourselves. Be humble and appreciative and welcome the help and let’s not focus on the politics, but the 44,000 people dying on the streets,” said Bales.

He says the first priority is to bring people indoors and add more housing, but he knows there are other objectives to tackle as well. He says it is time to sit together and create a plan.

He also wants President Trump to name this a State of Emergency. Andy says he will do whatever it takes to help the government fix this crisis.