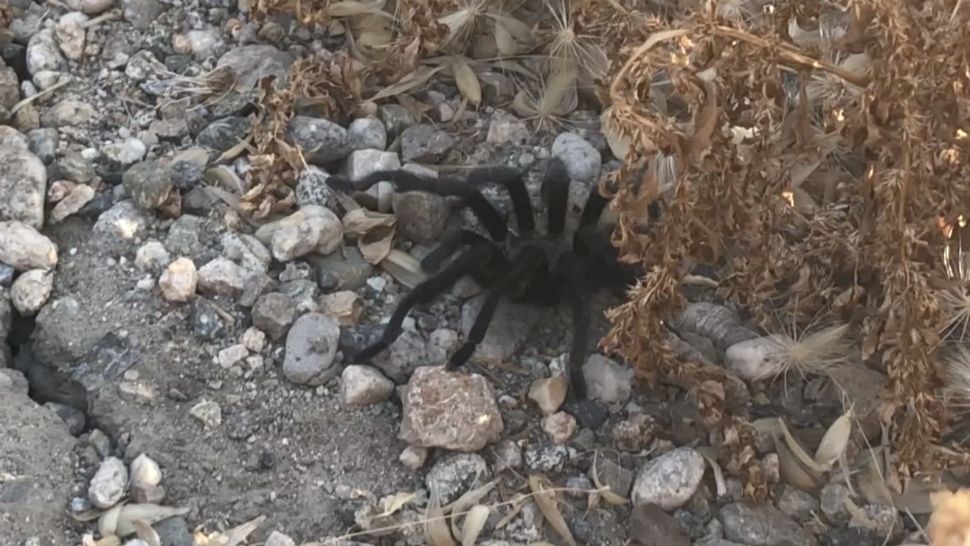 CHINO HILLS, Calif. – Fall is mating season for tarantulas. If you see a small hole in the ground it might be a home for a tarantula.

Chino Hills State Park was established in the 1980s with the help of Claire Schlotterbeck, the executive director of Hills For Everyone. Hidden and burrowed throughout more than 14,000 acres of land are tarantulas.

“Well it’s exciting to see spiders I guess… They are a little creepy, but it just means the habitat is healthy,” said Schlotterbeck.

Schlotterbeck and her daughter spotted several large spiders in the park toward the end of the day as it was getting cooler. The arachnids are usually nocturnal.

While their sting won’t kill you, it would certainly hurt. By November the spiders will mostly be out of sight.

The males of the species don’t live long after their job is done during mating season. However, females can live to be up to 25 years old.