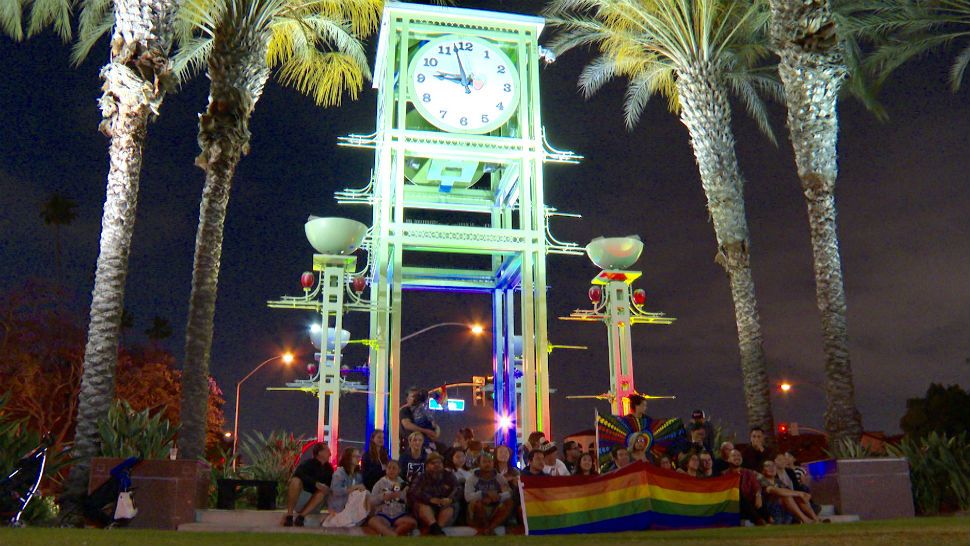 GARDEN GROVE, Calif. – Coming out as a gay man twice was something that Peterson Pham didn’t think he would ever have to do.

“Growing up in Garden Grove as a queer boy, I didn’t expect for this to ever happen in my city,” said 27-year-old Pham, a University of California, Santa Barbara graduate.

Pham is 27-years-old and has lived in Garden Grove for about 20 years. He also lived up the street in the city of Fountain Valley for 7 years.

In the last month or so, three city councils in Orange County listened to hours and hours of public comments from residents on if the council should vote to recognize the rainbow LGBTQ+ Pride Flag during the month of June, which is deemed Pride Month. However, councils for Garden Grove, Irvine, and Fountain Valley all voted against flying the Pride flag.

“We keep hearing about this message that the American Flag is one flag for everybody and that can be true for many people. For me, the pride flag, represents me because it has all of these different colors. It represents all of these aspects of myself. For it not to be flown is really invisibilizing the diversity that exists in a human being and in these cities,” said Pham. 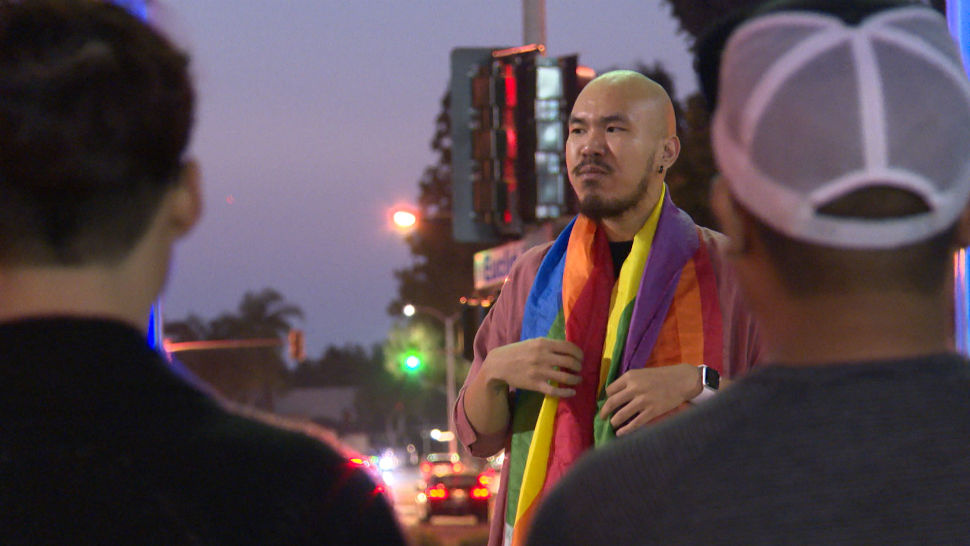 Pham went to a few of the city council meetings in Garden Grove. Pham, along with members of the LGBTQ+ community, members of Viet Rise, Viet Rainbow of Orange County, and their allies shared personal stories about what the Pride Flag really means to them. Pham says he was disappointed when his city councilmembers rejected the flag.

“To be honest, I wasn’t surprised. As an LGBT person, we have so many lived experiences of rejection and nonacceptance so it’s not surprising to hear that the city council wasn’t ready for the fact that we are going to be acknowledged this year,” said Pham.

However, the council did agree to light up Garden Grove’s Historic Clock Tower with rainbow colors through the end of June. The tower is located on Euclid Street and Main Street on the Village Green. Thousands of people pass by the tower every day.

Pham and his friends went to see the lighting of the clock tower on Friday, June 14. Pham couldn’t help but wonder what it might have been like for him growing up in Garden Grove and seeing the clock tower reflecting pride for the LGBTQ+ community.

The city of Garden Grove also lights the clock tower up with blue lights during Autism Week. The rainbow lights will be up through the end of June.