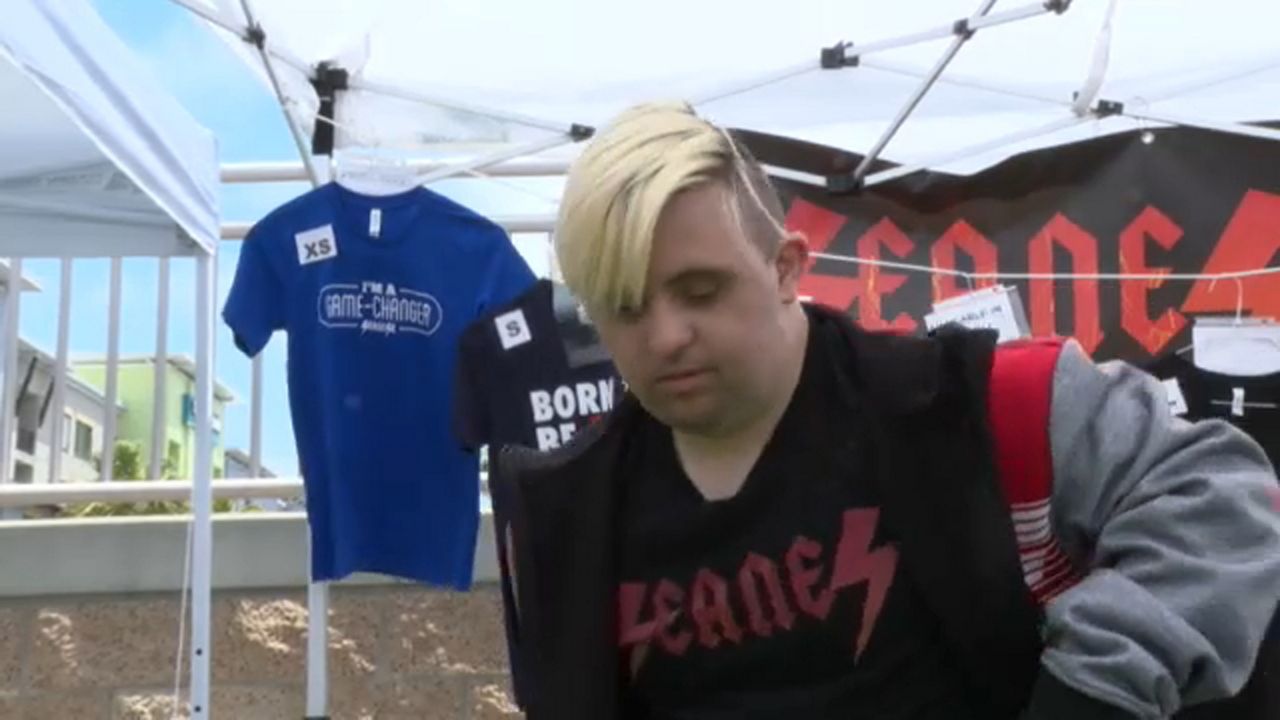 HUNTINGTON BEACH, Calif. - What you wear can share a powerful message.

Sean McElwee is selling shirts. His mom Sandra McElwee is helping him.

Sean has Down syndrome so a lot of his designs are personal.

“It’s no bullies allowed,” said Sean, reading one of his original t-shirts.

You might recognize Sean. He’s on the Emmy-winning reality show Born This Way. The series follows several young adults with Down syndrome. It's been going for four seasons.

“I love it. I get recognized every time. It’s a really big deal,” said Sean.

When Sean was born his mom didn’t know he was going to have the chromosomal condition.

Sean is 25 years old now. He’s accomplished some big things: he works, he has an apartment with a roommate, and he’s even been to Sacramento to advocate for higher pay for direct support workers. These are people who help him like job coaches and aides.

Sean has encountered skeptics along the way though. One of his drama teachers said Sean would have no future in entertainment.

“As a mother when other people put limits on him nothing makes me more angry because they don’t know what his capabilities are. That is the true definition of prejudice,” said Sandra.

Sean started his t-shirt line two years ago. Some of the proceeds he donates to give onesies to newborn babies with Down syndrome. Last year he was able to give enough for 360 onesies.

Sean has come up with more than a hundred designs. 'Seanese' is the name of his company, named for his unique way of talking, like he has his own language.

“I’m never nervous. I’m never scared. I’m easygoing. I go with it because I love it a lot,” said Sean.

Sean is clearly not one to shy away from the limelight. 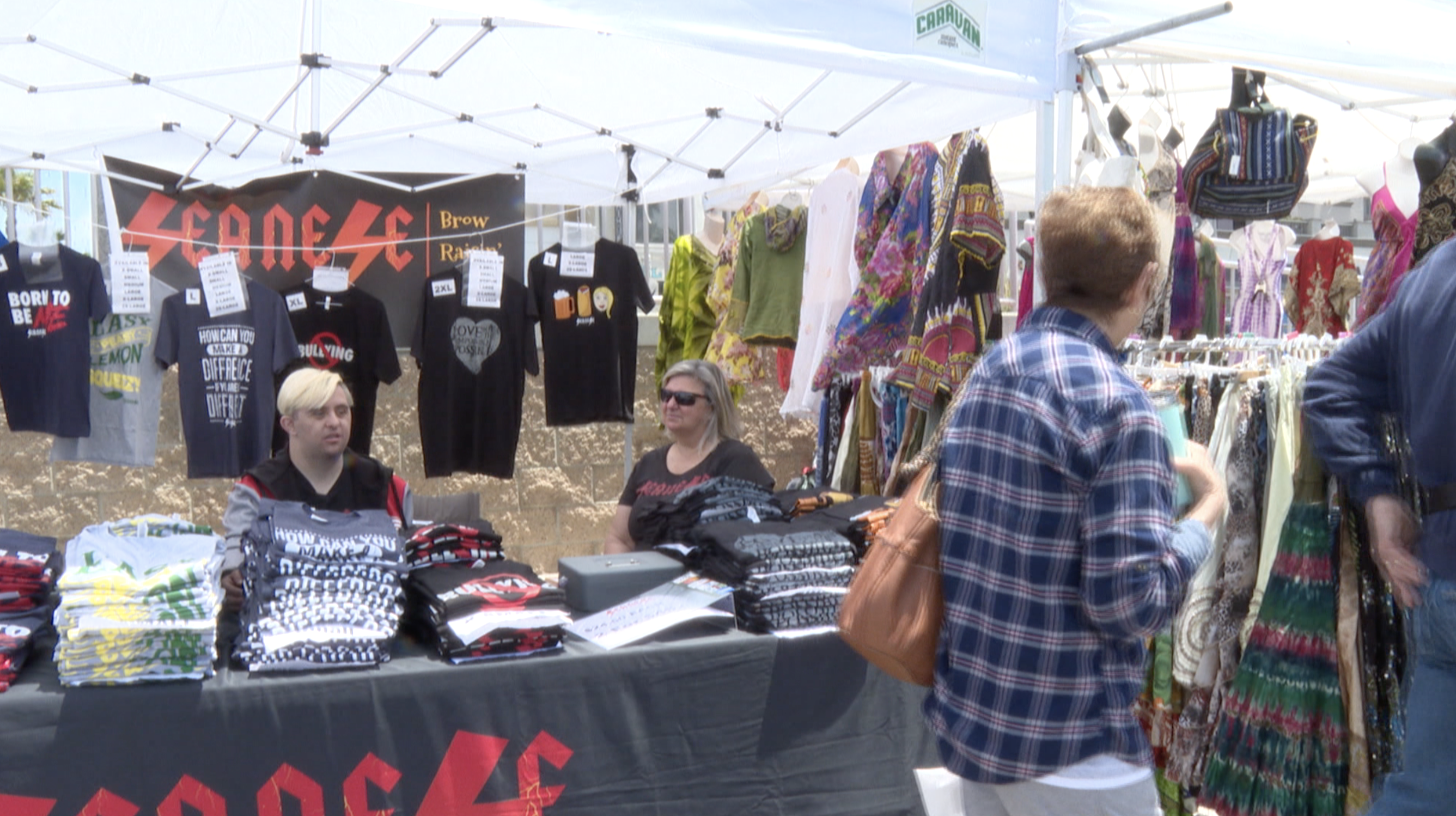